- April 20, 2015
Avon Impusle is doing a special promo for The Envy Chronicles by Colleen Gleason, writing as Joss Ware which is being re-released!


It’s been five years since Colleen Gleason (writing as Joss Ware) released The Envy Chronicles, and now Avon Impulse is bringing them back in beautifully repackaged e-editions. If you missed this paranormal romance series about five men who survived the apocalypse with strange abilities and become humankind’s last hope the first time around, here's your chance to check them out!

BEYOND THE NIGHT, is only $1.99 in e for a limited time! The final repackaged editions of The Envy Chronicles will release in May. 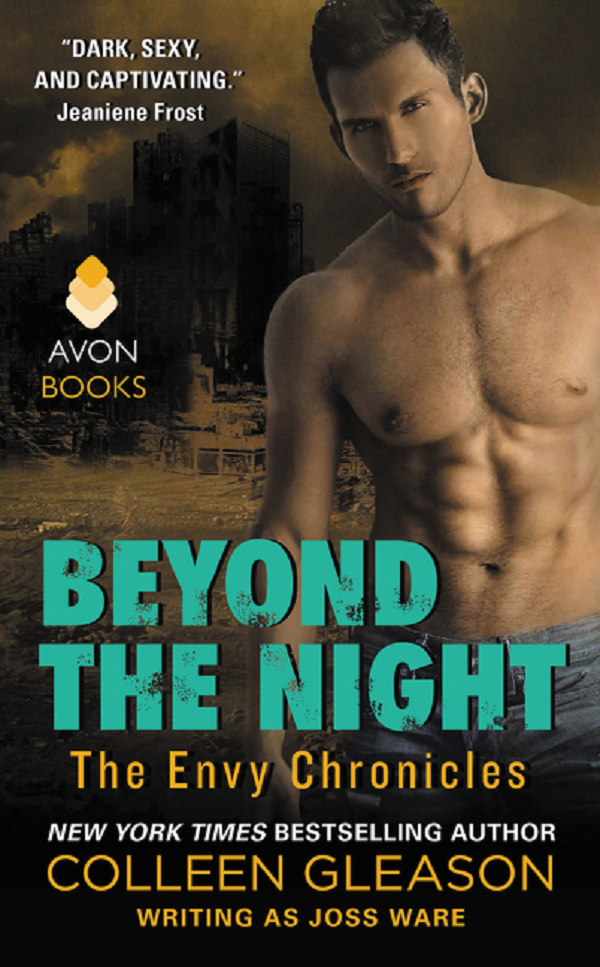 BEYOND THE NIGHT ~~ Book One

New York Times bestselling author of the Gardella Vampire Hunters series, Colleen Gleason (writing as Joss Ware) enters a different world—one of devastation, destruction, and chaos.
When Dr. Elliott Drake wakes from a mysterious fifty-year sleep, the world as he knew it is gone. Cities are now desolate, and civilization is controlled by deadly immortals. Stranger still is Elliott's extraordinary new "gift"—he has the power to heal, but it comes with fatal consequences.

Jade barely escaped the immortals and is now hell-bent on revenge. She trusts no one … until Elliott. But the doctor seems to have dangerous secrets of his own. Does she dare trust him? If they are to survive in this dark new world, Jade and Elliott must work together to fight the forces that take them beyond danger … beyond desire … beyond the night.
Buy Link 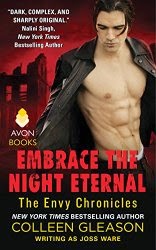 EMBRACE THE NIGHT ETERNAL ~~ Book Two
“Joss Ware’s vision of the future is dark, complex and sharply original. I’m eagerly anticipating the next installment in what promises to be a fascinating new series.” —New York Times bestselling author Nalini Singh

Simon Japp will never forget his violent past. But when civilization is all but destroyed, he sees his chance for redemption. He's determined to help the resistance against the Strangers, the mysterious force that stalks them at every turn. He can't afford to get distracted, even by the stunning, soft-spoken woman fighting by his side.

Sage Corrigan sees something good in Simon, even if he can't see it in himself. Posing as lovers to infiltrate a group key to their fight, they find that their staged affection soon develops into a desire that will leave them fighting for their lives.
Buy Link 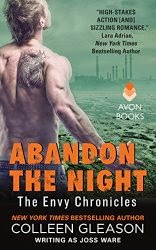 ABANDON THE NIGHT ~~Book Three
“Atmospheric and dark, filled with high-stakes action, sizzling romance, and set against a shadowy, post-apocalyptic world that’s as fascinating as the varied cast of characters who inhabit it.” — Lara Adrian, New York Times bestselling author

Quentin Fielding had everything. Money. Power. Women. But now that civilization is all but annihilated, Quent wants only one thing: revenge on the man responsible for the chaos and destruction, the man he should have killed years ago—his father.

Zoë Kapoor is on her own quest for vengeance. The arrow-wielding beauty is searching for the fiends who murdered her family. Together with Quent, she journeys through the ruins of the world they once knew, on a hunt that draws them closer to an enemy they never imagined …