Excerpt & Giveaway: The Duke And The Lady In Red by Lorraine Heath 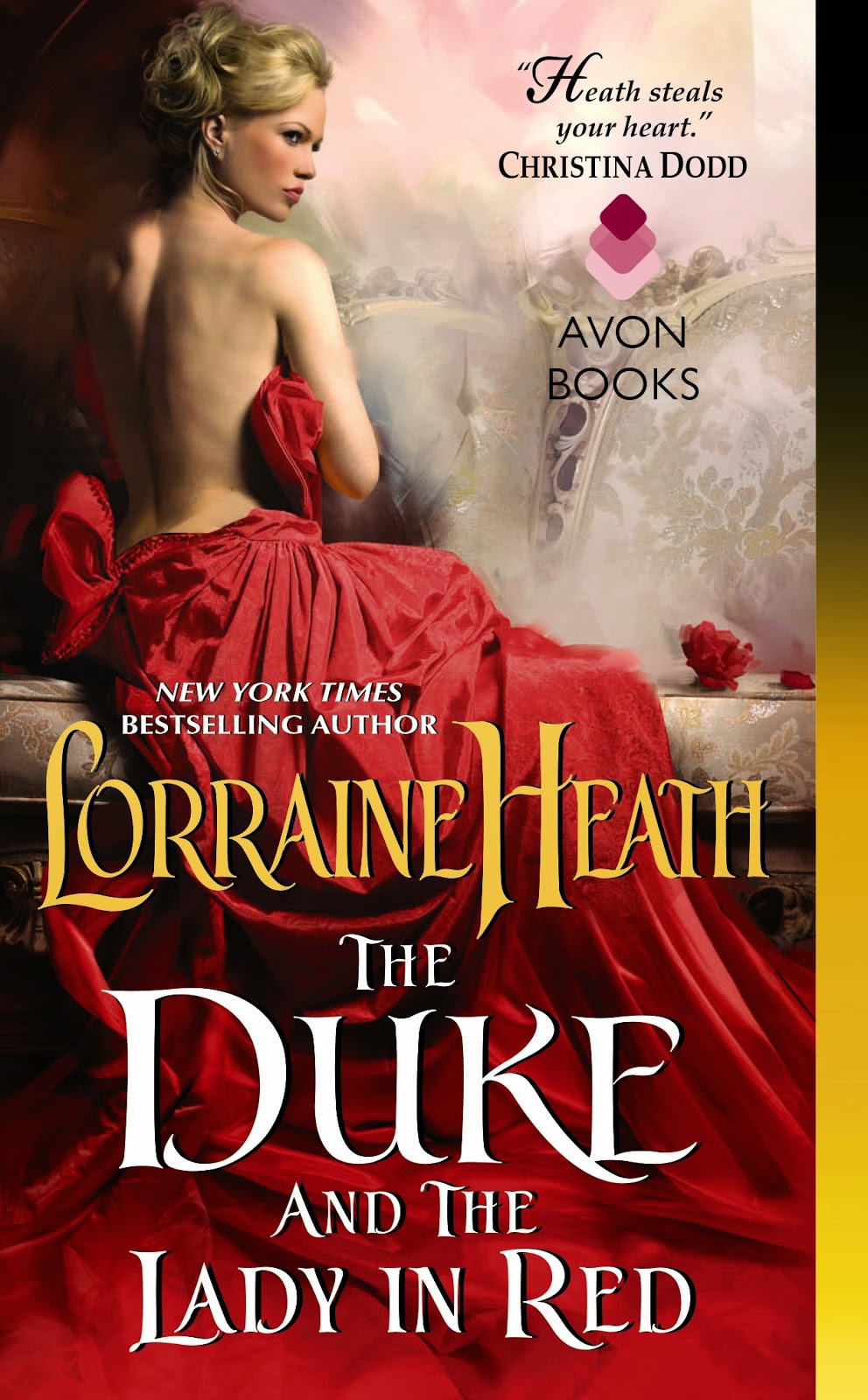 The Duke and the Lady in Red
Scandalous Gentlemen of St. James #3
By: Lorraine Heath
Releasing April 29, 2015
Avon

Blurb
Sparks fly in the finale of the Scandalous Gentlemen of St. James Place series, as the last wicked rogue meets his match.

When Rosalind Sharpe gains the attention of the deliciously wicked Duke of Avendale, she’s torn between her distracting attraction to the notorious rogue and the knowledge that he—rich as Croesus—is the perfect target for a deception that will put her swindling days behind her.

However, Avendale is no fool. After he discovers the tantalizing lady packing up to leave London with his coins in tow, he confronts her with a scandalous proposition: she can have all the money she requires…for a week in his bed.

Desperate for the funds, Rose agrees, but on one condition: he must never question her motives. Avendale quickly sees beneath her mask and discovers she is more than passion and pleasure—she is everything he has ever desired. But claiming her requires he unveil her secrets and lose her forever. Unless he can put his own dark past aside and risk everything for a chance at love.

His dark eyes never left hers. She was acutely aware of his blatantly assessing her. Every strand of hair, every eyelash, every blush. Which was only fair as she was assessing him. Not a strand of his dark brown hair was out of place. Sometimes when the light hit it just so, she thought she detected shades of red in it, but mostly the dark had its way. She suspected it dominated all aspects of his life.
Nothing about him seemed light or carefree. Everything was intense. While others conversed and smiled at their partners, he merely studied every line and curve. She could tell that he preferred the curves. She was accustomed to that when it came to men. Her bosom was her finest asset, and she took great pains to show it off. She’d long ago shed the mantle of timidity.
His face was comprised of hard lines and harsh angles. He would never be considered beautiful, and yet there was beauty in the ruggedness of his features. Handsome, manly. Appealing. He appealed to her in ways no other man ever had.
That made him very dangerous indeed. She kept a wall between herself and men. They were to be used, then discarded. She didn’t think this man would be easily tossed aside. She needed to escape his company as quickly as possible, while she could. She was far too attracted to him. That would not suit her purposes at all. He would not suit.
The final strains of the waltz drifted into silence.
“That was lovely,” she said. “Thank you. I shall leave you to enjoy the remainder of your evening now.”
His eyes narrowed. “I thought we had agreed to two dances.”
“I don’t wish to dominate your time.”
“There is no one else I would rather dominate it. Is someone expecting your company?”
She should say yes. But then he would no doubt keep an eye on her to discern who was of interest to her. She didn’t want him observing her. Best to give him a bit more time tonight and then move on. “No.”
“Then it seems another dance is in order.”
The music began. Another waltz. Did the orchestra know naught but waltzes? Did her skin have to welcome the press of his hands? Did she have to feel his touch cascading through her entire being? She was not usually so affected. It was at once disconcerting and exciting to have these reactions to his nearness. What was it about him that affected her so? It was more than his handsome features, something deep within him that was calling to something in her, something that had been dormant, that was awakening. She needed a distraction from these unsettling thoughts.
“Where is your estate?” she asked.
“Cornwall.”
Yes, she could see that. His being part of the rugged coast. Perhaps he was even descended from pirates. She could well imagine thievery and plundering in his heritage.
“You’re not one for conversing, are you?” she asked.
“Not with words, no. I prefer other means of communication, especially when a lady is involved.”
She was losing her edge with him. She didn’t know how to get it back. “That sort of communication deals only with the surface. There is no depth to a relationship of that nature.”


“I care for only one sort of depth.” His eyes smoldered with his innuendo and she nearly stumbled. 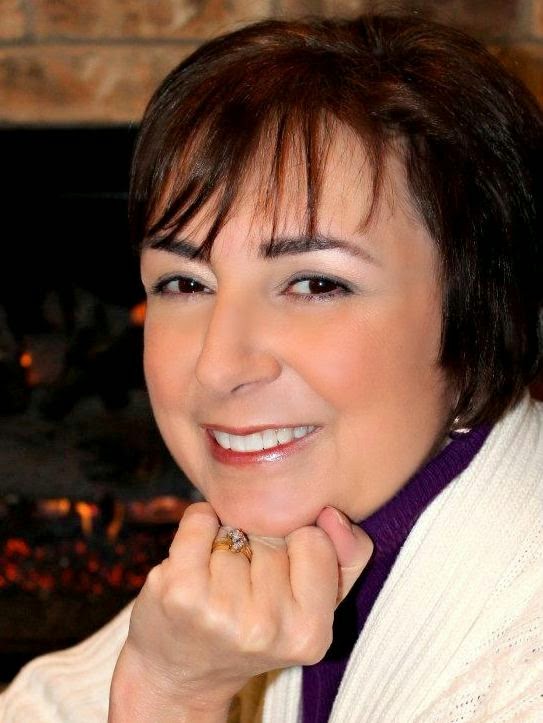 Author InfoLORRAINE HEATH always dreamed of being a writer. After graduating from the University of Texas, she wrote training manuals and computer code, but something was always missing. After reading a romance novel, she not only became hooked on the genre, but quickly realized what her writing lacked: rebels, scoundrels, and rogues. She’s been writing about them ever since. Her work has been recognized with numerous industry awards, including RWA’s RITA® and a Romantic Times Career Achievement Award. Her novels have appeared on the USA Today and New York Times best-seller lists.