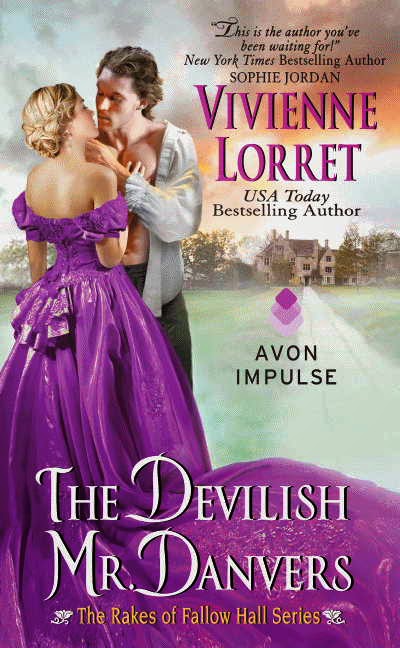 For the first time in her life, Hedley Sinclair holds the keys to her own future. She’s inherited the crumbling Greyson Park, but the disrepair does nothing to dissuade her. No one will ever lock her up again or attempt to take away what’s hers. No one except Rafe Danvers—the charming, fiendish man from Fallow Hall. He’s determined to claim Greyson Park, but if Hedley isn’t careful, he’ll claim her heart as well.

Rafe has every intention of ridding Greyson Park of the conniving Sinclairs, once and for all. The last thing he expects is to find the beguiling Hedley Sinclair—the younger sister of his former fiancée—standing in his way. With drastic measures called for, he plans to marry her off in order to regain control of the estate. The only trouble is, he can’t seem to stop seducing her. Even worse, he can’t help falling in love with her.

Teaser #3
Of course, Hedley knew nothing about kissing. Although, once upon a time, the only person she had thought about kissing was the man now walking toward her. Rafe Danvers. The man who’d almost married her sister. The man Ursa had left standing at the altar. “It’s the whatnot that frightens me the most,” he said, a smirk toying with those lips. She waited for recognition to show on his features. For that half-smile to diminish into a firm line of disapproval. After all, she knew he hated the Sinclairs for what Ursa had done. Yet, as he approached, his gaze remained steady, assessing. “What about the four older brothers?” she asked, continuing the lie and giving him another chance to remember her. Surely, she hadn’t changed that much. She still had the same oddly shaped face with blue eyes that were noticeably too large, in addition to a distinct dimple—more like a rut—in her too-small chin. Then again, he’d only had eyes for Ursa all those years ago. In fact, he never even called Hedley by name. Instead, he’d given her a nickname.

Author InfoUSA Today bestselling author VIVIENNE LORRET loves romance novels, her pink laptop, her husband, and her two sons (not necessarily in that order ... but there are days). Transforming copious amounts of tea into words, she is proud to be an Avon Impulse author of works including: “Tempting Mr. Weatherstone”, The Wallflower Wedding Series, and the Rakes of Fallow Hall series.