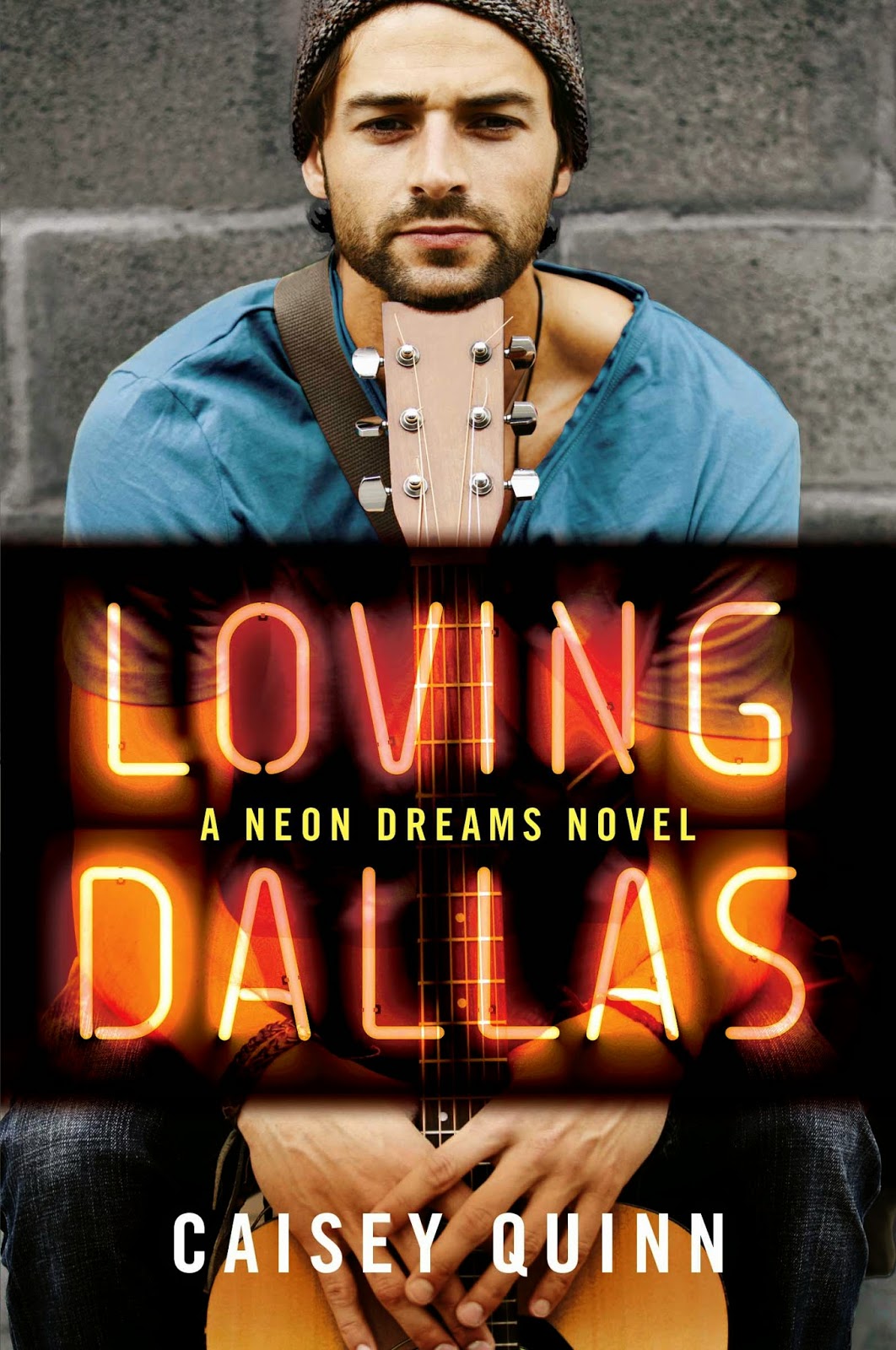 
Every dream comes with a price…

Dallas
********
Sacrifice.
I’m familiar with it.
I've had to leave behind everyone I cared about—my sister, my best friend, my band, and my high school sweetheart—in order to chase my dream of making it in Nashville.
But when Robyn Breeland walks back into my life, it’s as if the universe has decided to give me a second chance. I’m just not sure it’s one I’m willing to take.
----------------------------------------------------------------
Robyn
********
Heartbreak.
I practically majored in it.
Dallas Lark was the first boy I ever loved and the one who'd shattered my heart into pieces. But I’ve moved on. Working in promotions at Midnight Bay Bourbon, I’m too busy to sit around moping over my ex. But when my company decides to sponsor his tour, I’ll have to face him whether I’m ready to or not. Dallas is determined to drive me to distraction, and my body begs me to let him.


Trouble is, my heart can’t tell the difference between a second chance and making the same mistake twice.

Excerpt
“You taste like maple syrup. I’m never going to be able to look at pancakes the same way again.” Dallas’s tongue tangles with mine and I can’t get enough. We’re spiraling quickly out of control. I need to breathe before I pass out.
“Dallas,” I mumble against his mouth. “We shouldn’t do this. Not here.”
The driver can hear us, could glance in the rearview and get an eyeful.
“It’s a ten-minute drive to the hotel. I’m probably going to spontaneously combust before then.” I laugh against his lips. “You’re a big boy. I think you can handle it.”
I slide off his lap, leaving my legs draped over it, though, and lean my head on his shoulder.
“I can’t wait to show you just how big of a boy I am, and how well I can handle it.”
“Behave yourself,” I whisper in the darkness.
“Can’t,” is all he says, sliding his warm fingers beneath my skirt and between my thighs.
“Dallas.” I squirm as he dips beneath my panties.
“I haven’t forgotten, baby,” he murmurs against my hair. “I remember exactly how tight and hot and wet you are. I remember each and every place you like me to touch you. I am a dying man waiting to hear those sweet whimpers you make when I slide inside you.”
I whimper right then, because damn. He feels so good, smells so good, tastes so good. He’s familiar but at the same time, new, differ- ent from what I remember. Rougher around the edges, broader, and behaving more boldly than he ever has with me.
The boy version from my memories was sweet, polite, and some- what distant. The grown-up version of Dallas Walker Lark is all hard edges, and intensity—sin wrapped in sugar sprinkled with lust. And I want to savor every single bite.

One of the absolute craziest things about writing Loving Dallas was the fact that it was like having two male leads. Dallas himself says it best in the chapter where he explains to Robyn about "Person Dallas" and "Performer Dallas."  The recording label he is hired onto quickly turns charming Dallas Lark from Amarillo (think: country cutie Easton Corbin) into the sexy, sharp-tongued Dallas Walker, a drifter with a shady past (think: country music outlaw Eric Church). I thought it might be fun to compare the two sides of my guy side by side!

First up, even though he's really just one man, Dallas has a completely different style when he's on stage. If you were to see the laid back crooner around town, he'd be clad in a well worn-in flannel button down and his favorite pair of jeans and cowboy boots. There will likely be trucker hat providing some shade over his baby blues. However, stop in to see a show and you might not recognize him! On stage Dallas Walker rocks an edgier look including Aviators, leather jackets, and biker boots. Vintage rock band tees are a staple in the wardrobe of this version of Dallas!

Dallas Lark is a caring and somewhat overprotective big brother to his little sister, Dixie. He believes women should be treated like the ladies that they are with the respect they deserve. He says Grace and he says ma'am, y'all!

Dallas Walker on the other hand is a little rougher around the edge and if you get too close you might enter a danger zone where you end up in scandalous tabloid photos alongside country music's newest bad boy!

Dallas Lark will forever carry a torch for his high school sweetheart, Robyn Breeland. She is and will always be his muse.

Dallas Walker can't be tamed or tied down and women traipse in and out of his life quicker than Billboard chart toppers change places! He does certainly pay a lot of attention to one special lady that has yet to be identified by media sources. Rumor has it she's the one that got away! 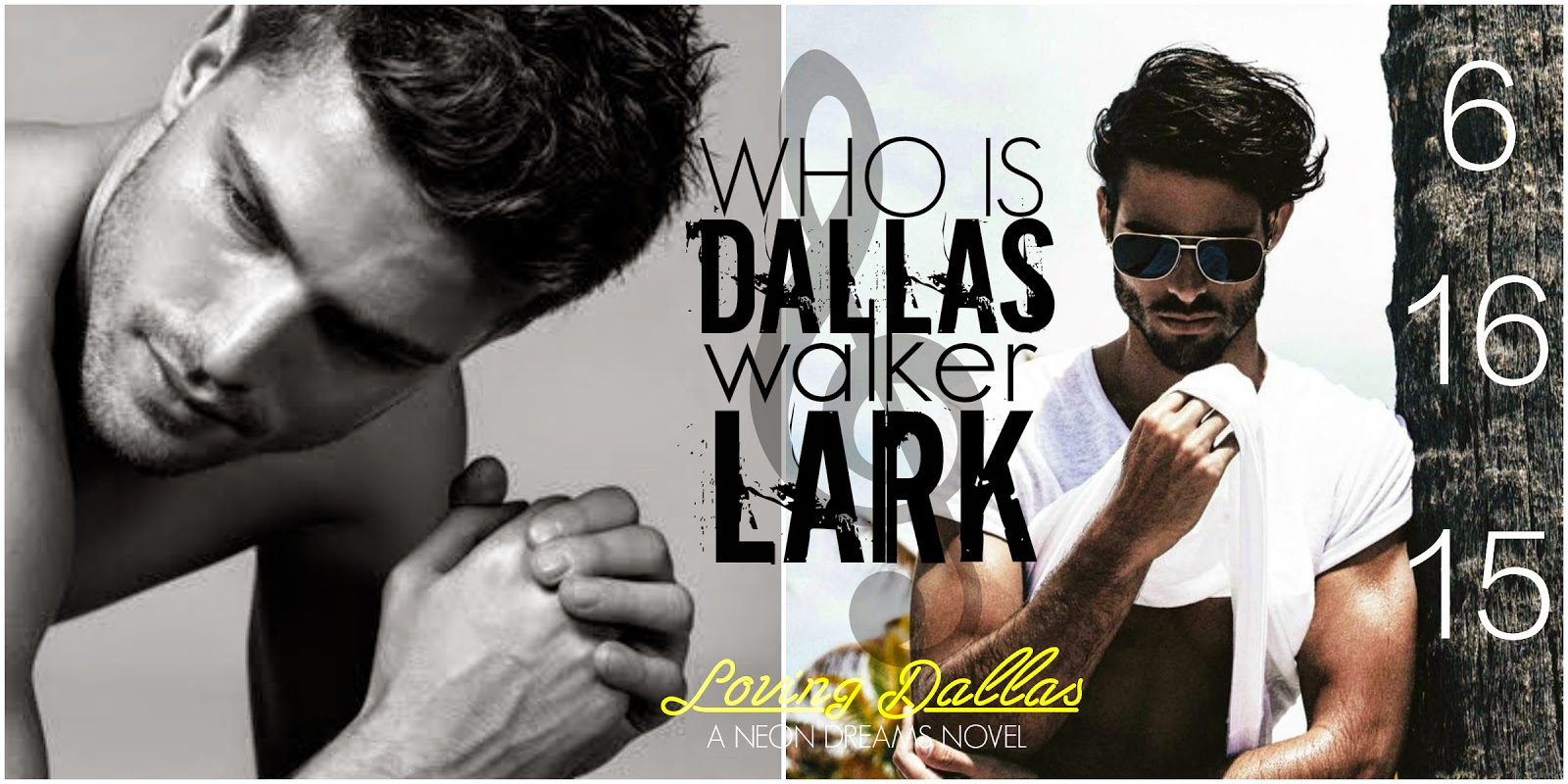 Which version of Dallas would be your favorite kind of book boyfriend? Decide for yourself on 6.16.15 when LOVING DALLAS GOES LIVE!