Excerpt & Giveaway: It Started with a Scandal by Julie Anne Long 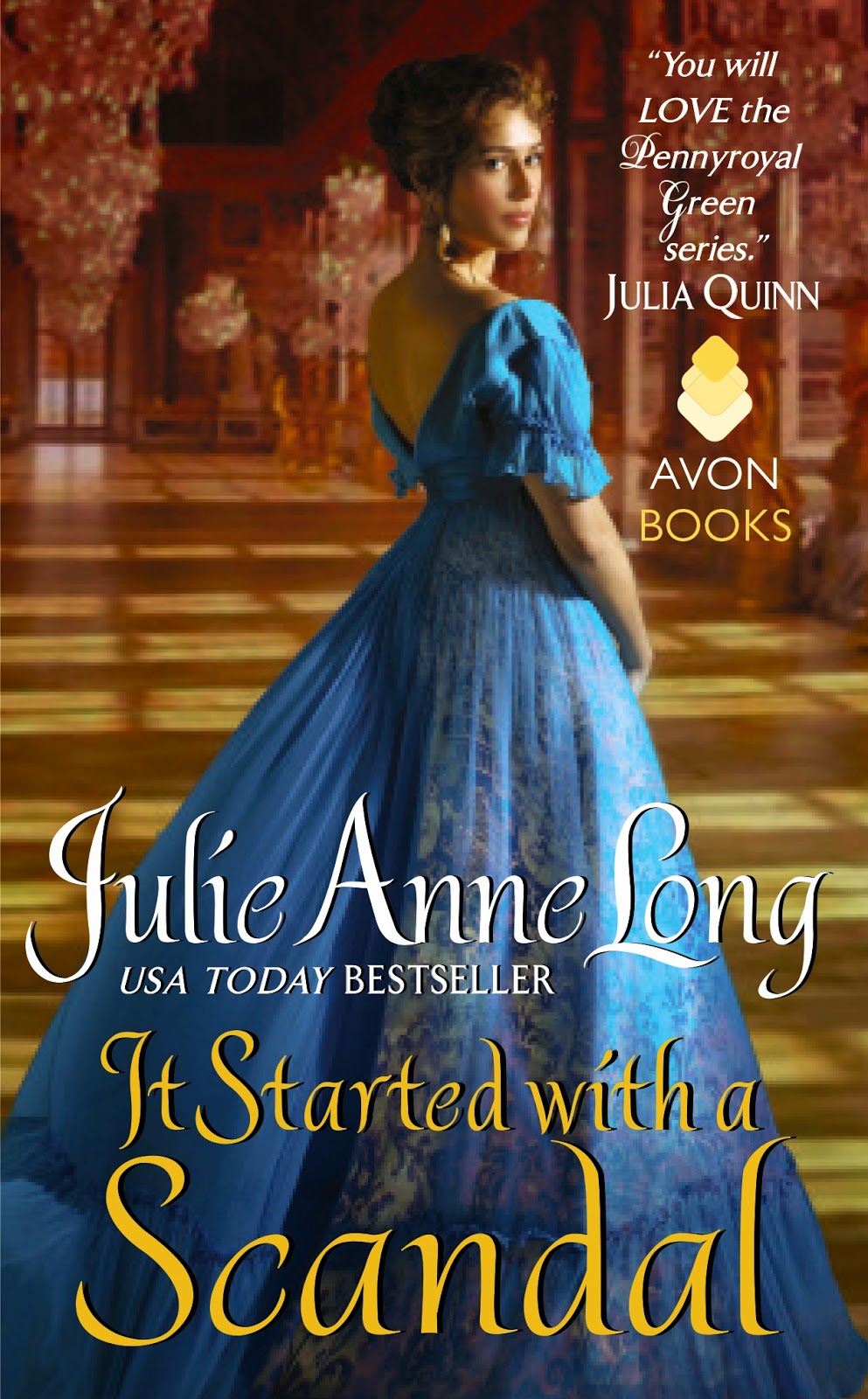 It Started with a Scandal
by
Julie Anne Long

About IT STARTED WITH A SCANDAL

Lord Philippe Lavay once took to the high seas armed with charm as lethal as his sword and a stone-cold conviction: he’ll restore his family’s fortune and honor, no matter the cost. Victory is at last within reach—when a brutal attack snatches it from his grasp and lands him in Pennyroyal Green.

An afternoon of bliss brings a cascade of consequences for Elise Fountain. Shunned by her family and ousted from a job she loves, survival means a plummet down the social ladder to a position no woman has yet been able to keep: housekeeper to a frighteningly formidable prince.

The bold and gentle Elise sees past his battered body into Philippe’s barricaded heart . . . and her innate sensuality ignites his blood. Now a man who thought he could never love and a woman who thought she would never again trust must fight an incendiary passion that could be the ruin of them both.

IT STARTED WITH A SCANDAL CHAPTER ONE PART THREE

Philippe glanced up in time to see Mrs. Fountain take a quick little extra step at the doorway of his chamber as she departed.
It looked suspiciously like the beginning of a...frolic.
He frowned.
God, how the little details of the running of a household bored him. Odd, when the details involved in running a ship were so very similar and he relished those. It was just that one was a job for a man, and one was a job for a woman.
Her doubted Mrs. Fountain was that woman.
Why should she succeed when three others had already failed? He'd sacked two of them and the third had fled.
He of course already knew certain things about her—the things the worthy Mrs. Winthrop had chosen to divulge, anyhow—that she was capable of the job, at the very least—and the fact that the quality of her character had allegedly been endorsed by the Redmonds. His closest friend, the Earl of Ardmay, happened to be married to a member of that esteemed family
If there was any advantage to all of the people and events that had led to his convalescent exile in Pennyroyal Green, Sussex, England—cutthroats and kings, seductions and beheadings, exquisite pleasure and excruciating pain, sword fights, gun fights, pirate fights, the utter destruction of his way of life until all that was left of him was the stony-cold, ruthless determination to restore it—it was that he could read people as fluently and swiftly as he read five languages. Questions were merely a way to distract his subject while he quietly summed them up..
Mrs. Fountain's posture, her diction, her ability to look him in the eye and string together formal, persuasive English sentences, to use a word like “politics”...all of it betrayed more breeding than the usual housekeeper possessed. She was proud. Proud people often did excellent work; proud people often thought they were above their work. Proud people would find it difficult ot use the servant's stairs. His intuition told him she had a temper.
And she blushed and pet the furniture, as if she'd never seen velvet before.
Mrs. Fountain, was also, he suspected, a trifle desperate.
He knew a bit about desperation.
But whilst she spoke, a spiral of glossy black hair had escaped from its bondage of hairpins and settled against her temple like a treble clef. She didn't seem to be aware of it. It was so at odds with her precise speech and rigid spine that his mind had blanked and he'd almost forgotten what he was about to say. He'd almost forgotten to even think.
He sighed. He'd unnerved her. It didn't matter. She would doubtless be gone within a fortnight, and hopefully the desperate Mrs. Fountain wouldn't take the rest f his silver with her.
Charm had begun to seem superfluous in light of other urgencies. Certainly it had been no defense against the band of cutthroats who'd attacked him in London and left him with a lot less blood, a little less money, few more scars, and in debt to the last person on earth to whom he wished to owe his life.
And he always, without fail, honored his debts.
He stood again, slowly, stiffly and turned toward the window.
The rain had ceased, and the sun was beginning to drop, and the sky was blushing.
Pink had rushed into Mrs. Fountain's cheeks when he'd told her she could have the job. It had been rather like the sun rising to illuminate a delicate landscape. He'd ducked his head, feigning distraction, to spare her dignity.
But not before he'd noticed a tiny impression, a dimple, in her chin. He'd imagined pressing the tip of his finger into it, just so.
Perhaps further indication that he was right to ease up on his laudanum.

END IT STARTED WITH A SCANDAL CHAPTER ONE PART THREE! To read the rest of Chapter One, check out these blogs:
3/23—
Pretty Sassy Cool EXCERPT PART 1
Wild Wordy Women EXCERPT PART 1 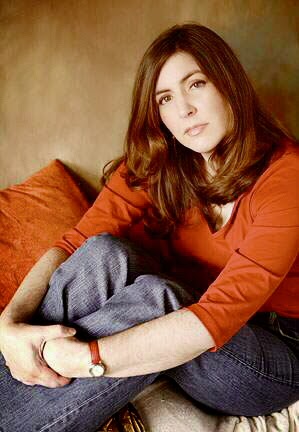 About JULIE ANNE LONG
USA Today bestselling author JULIE ANNE LONG originally set out to be a rock star when she grew up (and she has the guitars and fringed clothing stuffed in the back of her closet to prove it), but writing was always her first love. Since hanging up her guitar for the computer keyboard, her books frequently top reader and critic polls and have been nominated for numerous awards, including the Rita, Romantic Times Reviewer’s Choice, and The Quills, and reviewers have been known to use words like “dazzling,” “brilliant,” and “impossible to put down” when describing them. Julie lives in Northern California.