Overworked tax attorney Penelope Sue fields never had time for romance—so she invented a phantom lover named Raoul to fill the gaping hole in her love life. But all it takes is one chance encounter with hunky undercover cop Tony Olano in a New Orleans elevator, and Penelope is ready to give her fantasy man the boot in favor of the flesh and blood, rippling muscled real thing. Now if only he would notice her.

Badboy-turned-cop Tony Olano can’t help but notice the dreamy-eyed lawyer—she’s not only desirable, she’s a suspect in his ongoing criminal investigation! And that’s where grandmotherly Mrs. Maebelle Merlin comes in. A well-meaning meddler, Mrs. Merlin’s prepared to use mystical arts to unite the “all-work-no-play” lady lawyer and the sexy, sensitive lawman. Trouble is that her spell goes seriously awry, leaving Tony and Penelope to forge their own tumultuous path to good old-fashioned passion.

BEDROOM EYES by Hailey North
Excerpt:
“Oh, Tony,” Penelope cried out, “Raoul was never like this.”
“Raoul?” Tony stilled his kisses, lifted his head, and gazed toward her face, a face intensely passionate, intensely concentrated on the pleasure he’d been giving her. Dragging the name out into three syllables, he said, “Raoul? Who’s he?”
“Oh, nobody,” she said, opening her eyes and looking rather sheepishly at him.
Tony stroked the side of her thigh. “Your mama never told you not to talk about other guys?” He was too excited to be annoyed…yet.
“Raoul’s not just another guy.”
“Oh, no?” Tony edged up on his elbows. “Then who the hell is he?”
“Oh!” Penelope seemed to snap back to the reality around her. She blinked, then said, “Raoul’s not another man. He’s um, he’s…well, he’s a figment of my imagination.”
“Uh-huh.” Tony didn’t feel too impressed by that explanation. She might have started off the reference to this mystery man with a less than favorable comparison, but Tony wasn’t into any compare-and-contrast point systems.
He wanted Penelope to think only of him.
Penelope pushed up on the pillows. “It’s true. Raoul’s an invention of my imagination. He’s like a …” She waved one hand in a slow circle, as if trying to whisk an explanation out of thin air. “…an imaginary lover to keep me from missing all the things I’ve not had a chance to experience while I’ve been concentrating on my career.”
“Such as?” Tony wanted to stop talking and get back to business. The way he’d been pleasuring and kissing Penelope had him so excited he couldn’t stand this interruption. But neither could he stand her thinking of another guy.
She giggled, a bit nervously. Tony stroked her beautifully flat stomach, then edged his hand higher, past her ribs, until he captured first one breast, then the other. She sighed and said, “This.”
He followed his hands with his lips, leaning over her, claiming her, tasting her. When he could force himself to pause, he lifted his mouth and said, “You mean this, for instance?”
She nodded.
He returned his lips to hers, to the warmth and excitement of her mouth, her tongue responding to the dancing inquiry of his own.
Then his tongue slowed as the messages she’d been sending him filtered through the haze of desire ruling his mind. An imaginary lover. To make up for what she’d never experienced. He added up her words, plus what she hadn’t said, to what her almost-surprised reactions to his lovemaking signaled.
Lifting off her, he said very slowly and very clearly, “Penelope, are you a virgin?” 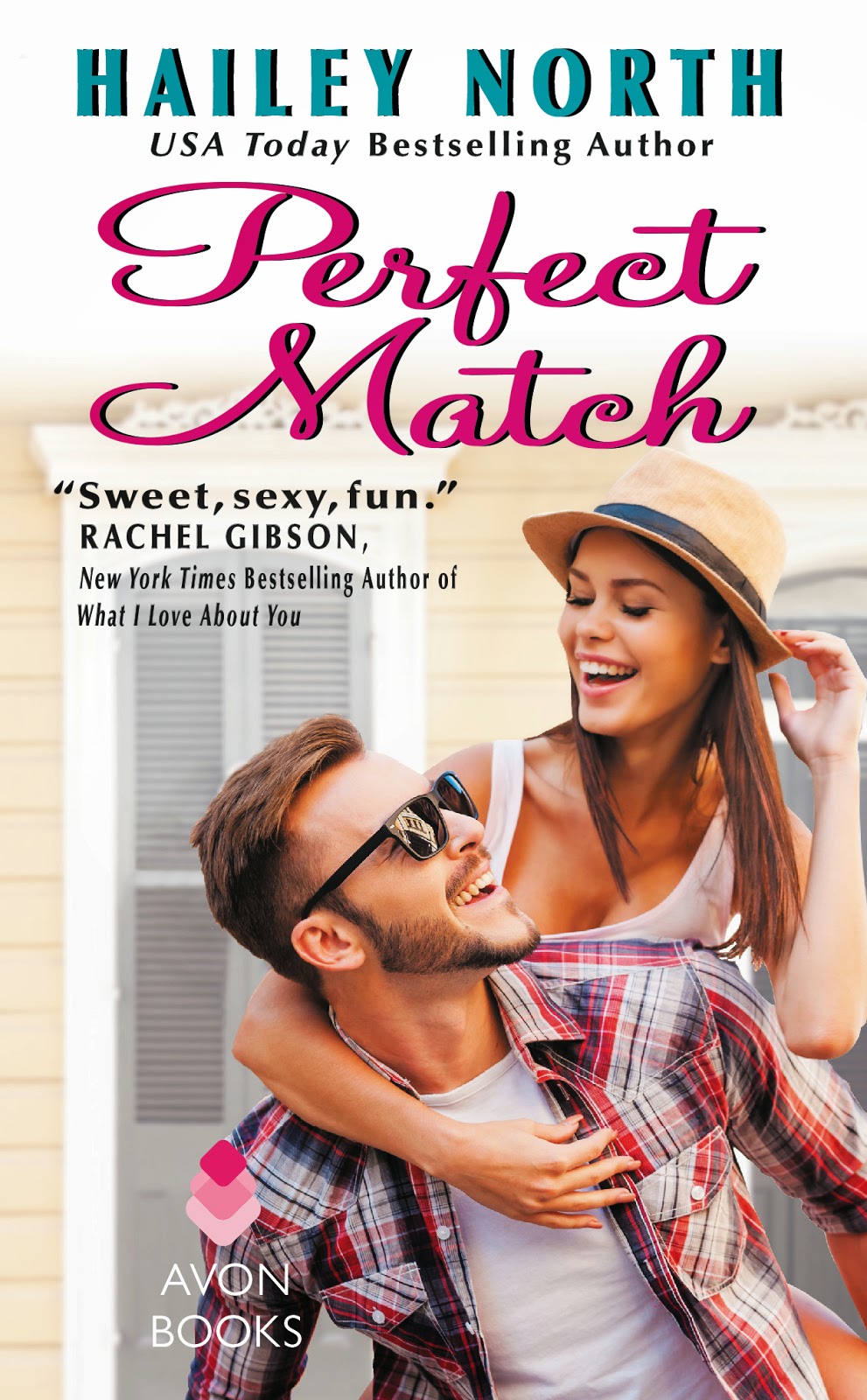 While Not Looking For Mr. Right...

Although she vows that she's locked her heart and thrown away the key, ravishing red-headed Lauren Stevens suddenly has several men vying to prove her wrong—and to win the right to set free her passionate self. Button-down banker Oliver Gotho seems like a good candidate, but it's Oliver's sexy brother Alistair who has invited the beautiful, penniless free spirit to share his living space—temporarily, of course. She thinks she should encourage the successful businessman brother, yet is it Alistair with the oh-so-sensual magic touch who holds the key to her happiness?

Has She Found Her Perfect Match?

Sexy, wise, and charismatic, Alistair has offered Lauren a place to stay out of the goodness of his heart—and certainly not because of her gorgeous eyes, luscious lips and enchanting body. Lauren may entrance him, but it's time for him to find a sensible woman to take to wife. And Lauren, with her penchant for peccadilloes, spells nothing but trouble. But spring is in the balmy New Orleans air, and so is love, as both Lauren and Alistair discover that the heart-pounding perfect match isn't always the one knocking at the door…

Buy Links
Amazon | B & N| iTunes | Kobo
PERFECT MATCH by Hailey North
Excerpt:
Alistair Gotho could crook a finger and have any woman he wanted. She’d seen the evidence of his former lovers—why, she was wearing a dress she’d found in one of his closets!
But who wanted her—a dyslexic, hyperactive, unemployed doctoral student? Wistfully, almost afraid to ask the question, but dying to know the answer, Lauren said, “If you were going to conjure your perfect match, what would she be like?”
Alistair shifted closer. Waiting for his response, her feelings of vulnerability mounted. She grabbed the hem of her dress and started rolling the fabric between her fingers.
Alistair paused. His silent scrutiny only fed her nervousness. Earlier, when he’d been kissing her, she hadn’t been at all anxious, but holding her breath for his answer, plus remembering what he’d said about taking up where they’d left off once they were alone, she was paralyzed. What if she disappointed him? What if the feelings he’d roused in her last night and again in the shop had been a fluke? What if she was a failure at being with a man?
Yet, oddly enough, coupled with all her fears, came the crazed wish that he would describe her to a “T” and then sweep her into his arms and kiss her senseless.
“My perfect match?” The words rolled slowly off his tongue even as he lifted one strand of her rich red hair. “Definitely a redhead,” he said.
“Really?”
“Oh, yes.” He glanced away, then shifted his gaze back. “Funny, but I’ve never dated a redhead before.”
Tracing his finger lightly over her forehead, he said, “My perfect match is wise and witty.” His hand moved lower, hovering above her breast. “And warm and loving,” he said.
“And kissable,” he added, lowering his lips to hers. 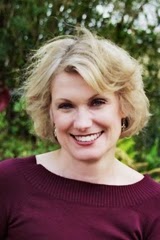 Author Info
Hailey North is a USA Today bestselling author who began writing while employed as a “game show lawyer” for NBC Studios. Tired of hearing lawyers weren’t creative, she quit her job and typed “Chapter One” (not the chapter, just the heading!). Since that day, North has penned eight romantic comedies set in her adopted hometown of New Orleans, Louisiana, and in her favorite imaginary town, Doolittle, Arkansas.
She has also created a three-book “afterlife” series that celebrates creative, but accidentally dead, characters trying their darnedest to win a second chance at life. North lives in Louisiana with her husband, her food-centric Labrador Shelby and her two kindred-spirit felines, Ali Kat and Rosa Pax.