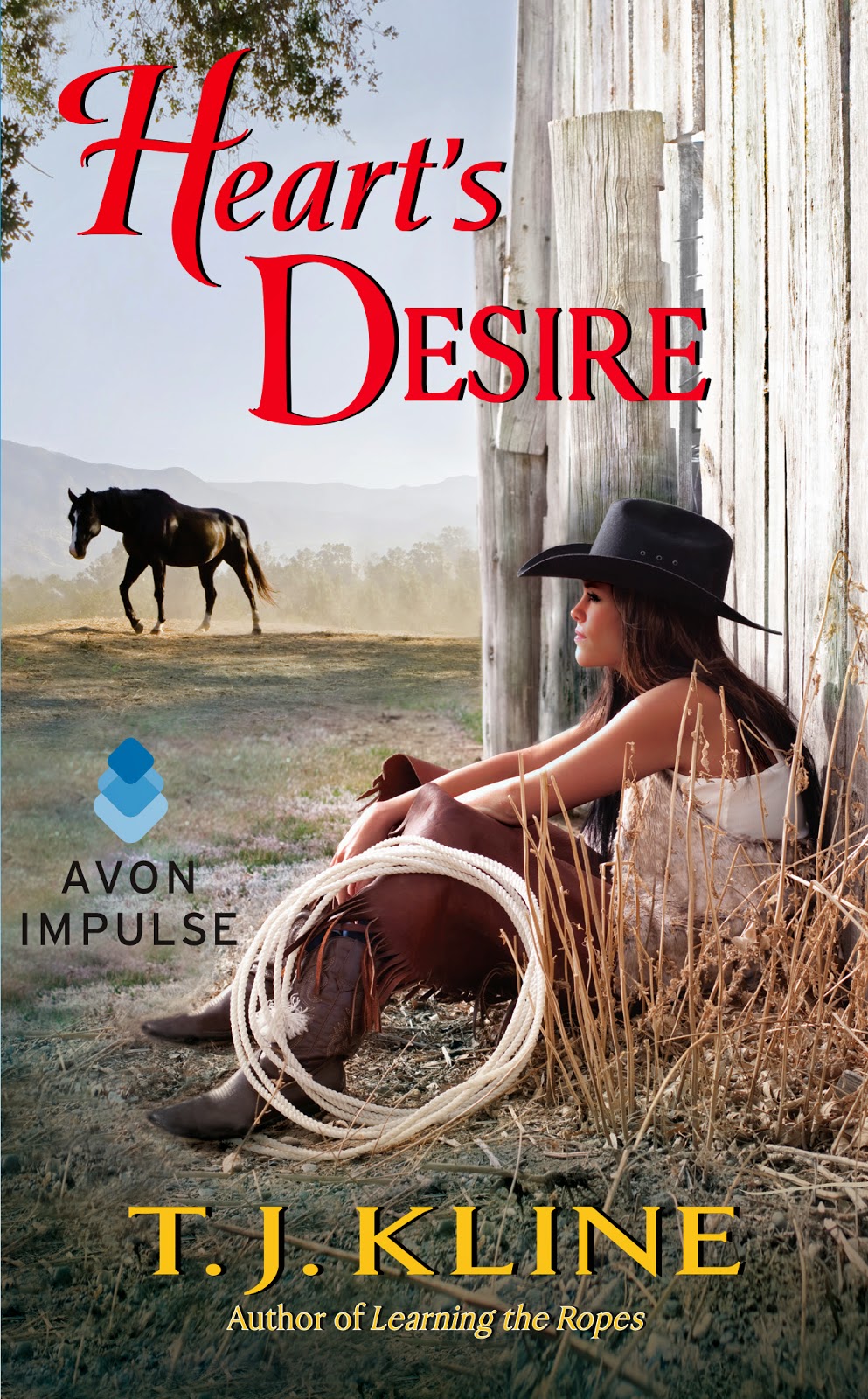 The Healing Hart Series:
The Healing Harts series came to me one night as I was just falling asleep. It jerked me awake, making me sit up in bed. It was one of those ideas that came completely formulated, an entire series, like a lightning bolt to the brain, and I haven’t been able to shake loose of it until it was written down. A family, rocked by loss, each member with a desire to help others in their own way.
In the first book, Heart’s Desire, Jessie is faced with running the family dude ranch alone after her parent’s unexpected death. Unbeknownst to her siblings, she and her father were transitioning the ranch to an abused horse rescue facility but she’s floundering to keep it afloat and bankruptcy is looming. Her brother, Justin, decides it’s time to call his college buddy, Nathan Kerrington, for help – the same man who shattered her heart eight years earlier.
Nathan Kerrington knows he hurt Jessie but he had a good reason for it. Now he just has to prove that to her and regain her trust. But, as old hurts rise to the surface, they must resolve their past before they can attempt to save her future and some hurts aren’t easily forgiven.


Choosing the cover for HEART’S DESIRE
The Cover:
When we started looking for covers for Jessie and Nathan’s story, I had a very clear picture in my mind. I knew exactly what my characters look like and the feel I wanted for the series as a whole. We had also decided very early to go with only the main characters on these books. I also knew that while all three books should tie together, I wanted Jet, one of Jessie’s horses, on the cover somewhere. He plays an important part in discovering herself at different points in the story.
But Jessie is such a strong, independent character, she fought me at every step, whether it was in the first draft or the final cover. We went through several pictures and many would have worked with the mood of the book but there was always something that didn’t suit Jessie’s personality. Again, Jessie was determined to have her own way.
In the end, she chose her own photo. As soon as I saw it, I knew this was Jessie and there was no need to look further for a cover photo. This cover portrays Jessie’s character better than words – pensive, wistful and ambitious. The fact that Jet was able to be part of this cover was the icing on the cake for me.

EXCERPT FOR HEART’S DESIRE
Excerpt:
"I came to apologize, Jess. I shouldn't have said those things."
She ignored the way her nickname slid easily from his lips or the way it made her heart trip over her ribs and start fluttering like a baby bird learning to take flight. She'd quit buying into romantic notions a long time ago thanks to him. Now, if only she could convince her body to let them go. She set the rake against the wall and walked into the aisle way.
"It's Jessie. Jessie. We are not friends, remember?"
His green eyes flashed, the golden flecks lighting them from within, and she saw frustration in the set of his jaw. "No?"
"No. Let's keep our roles in perspective. You're the financial genius here to do a favor for my brother, and I'm just his idiot little sister who bought your load of crap years ago and can't manage to keep this ranch afloat now."
His long strides ate the distance between them in seconds but she stood her ground, staring up at him, daring him to argue. His lips were tight, set in a grim line and a deep crease lined his perfect brow. She wanted to back away, but years of working with her father wouldn't allow her to show any signs of intimidation. Cowgirl up, she recited the mantra in her head, although not nearly as confidently as she usually did.
"Don't do that," he ordered, staring down into her eyes, his voice quiet but insistent.
She could feel the heat emanating from him as sparks of desires burst in her chest, sending shivers over her skin. She tried to control it, to stop herself from trembling at his nearness but she couldn't stop her breath from catching in her throat. "Don't do what?" Her voice was a hoarse whisper.
"Don't belittle yourself. You are far more than that. You've always been more than that to me." His hands grasped her upper arms and he dipped his head toward her, his eyes never leaving hers. "You're a talented, kind, giving, passionate woman."
It wasn't what Jessie expected. His words were a balm to her chapped and aching heart, exactly what she needed to hear, but she knew she couldn't let him break past her walls. Who knew what damage he could cause her heart when he left again. She'd barely managed to piece together the shards last time. She pressed her hands against his chest, intending to push him away from her, but he gently circled her wrists with his fingers. Their eyes locked and she refused to be the first to look away.
"Nathan." She meant for it to be a warning but it came out sounding more like a plea.
"What, Jess?"
He placed his palms over the back of her hands and twined his fingers between hers. His touch made her weak and she felt a wave of need break over her, threatening to drown her. She'd been so in love with him, and it had left a gaping hole in her, one she’d never managed to fill, not even with her work.
Nathan walked her backward until she felt the stall behind her. With the hard wall of his body pressing against the front of her, pinning their hands between them, there was nowhere for her to escape the explosion of yearning that began in the middle of her chest, spreading outward, heating her and leaving her breathless. Every inhalation filled her with the scent of his expensive cologne, reminding her again how out of place he was. He didn't belong here. But seeing the desire in his eyes, feeling it in every inch of him pressing up against her, made Jessie want to wrap her legs around his waist and let him take her right here in the barn.
She couldn't possibly feel this way about him again. She couldn’t imagine feeling any other way about him. She needed this man. Not just wanted him, needed him, and that scared the crap out of her.
He was going to kiss her, and she was going to melt under his touch. There was no doubt in her mind. If that happened, she was a goner. Because, for her, this wasn't about sex, this was about how Nathan made her feel, how he'd always made her feel - understood and validated and worthy. The only other time Jessie felt that way was when she worked with her horses.
How had this man recognized the weakness in her, buried deeply, and unearthed it so easily? Panic set in. She had to protect herself. She couldn't let Nathan in, couldn't let him get close again. She shoved against his hands, using her body to knock him off balance, backward against the handles of the wheelbarrow and into the bucket.
"You can finish the stalls."
She ran out of the barn, refusing to look back at the man trying to piece together a full sentence from where he landed, inside a wheelbarrow full of fresh horse manure. 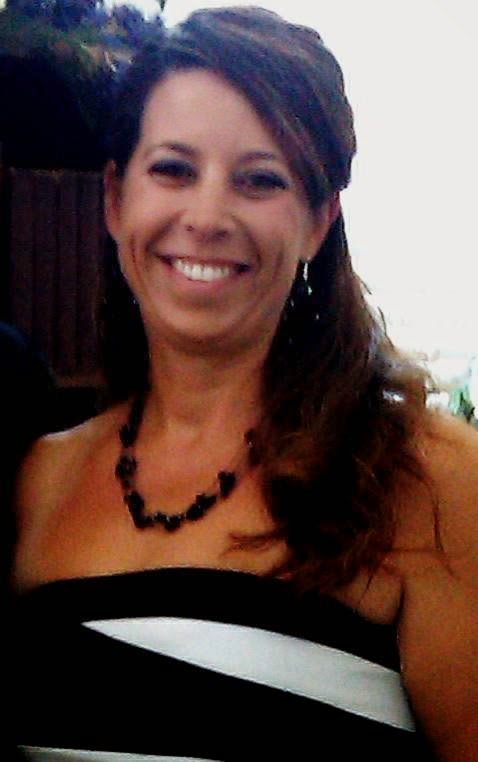 T. J. Kline was raised competing in rodeos and Rodeo Queen competitions since the age of 14 and has thorough knowledge of the sport as well as the culture involved. She has written several articles about rodeo for small periodicals, as well as a more recent how-to article for RevWriter, and has published a nonfiction health book and two inspirational fiction titles under the name Tina Klinesmith. She is also an avid reader and book reviewer for both Tyndale and Multnomah. In her spare time, she can be found laughing hysterically with her husband, children, and their menagerie of pets in Northern California.