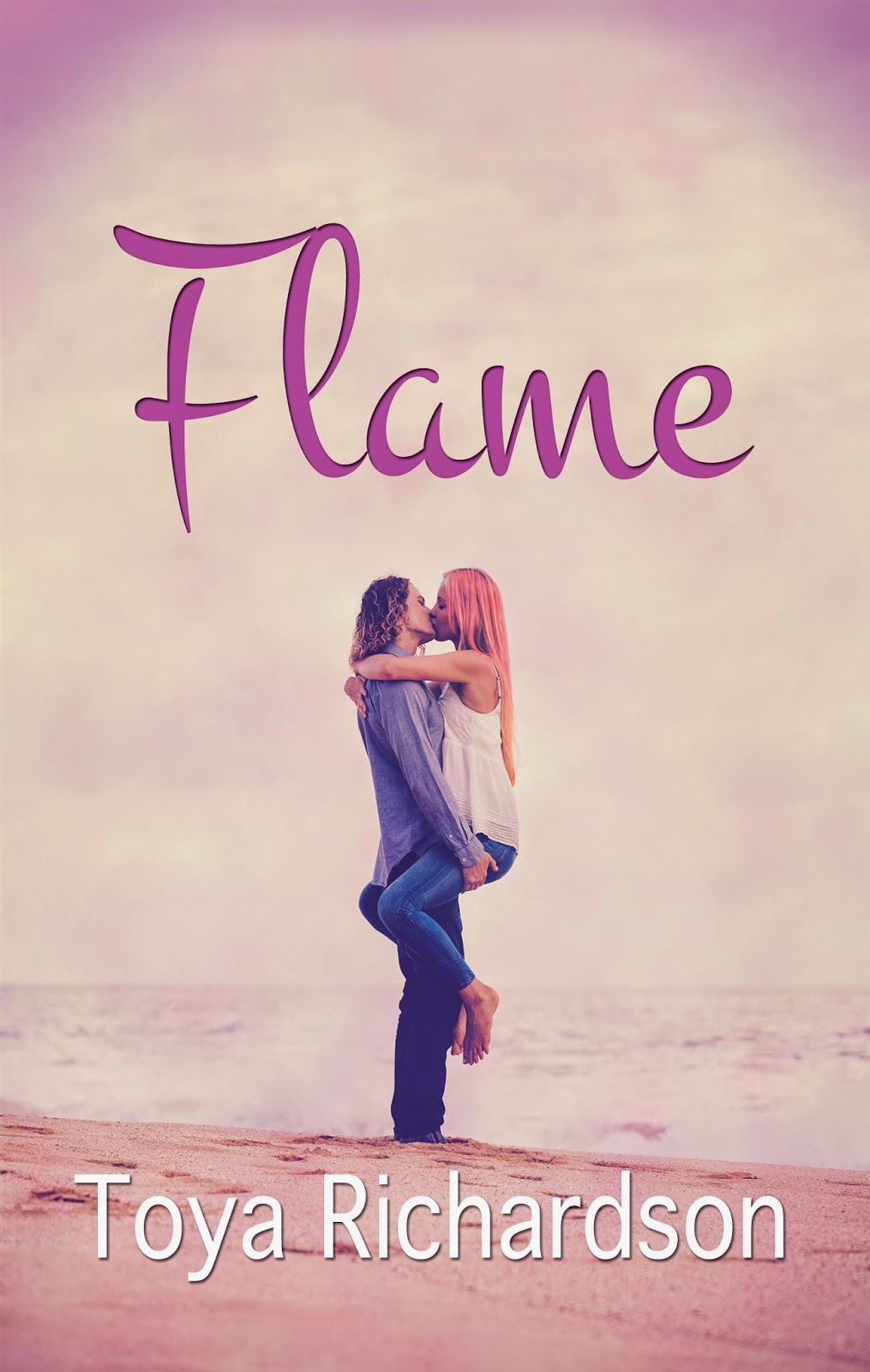 Blurb
After a vicious breakup, the ambitious Amberley throws herself into the corporate world of the family business. Working night and day, she is out to make a success of her career, even if she can't see much hope for love. However, even though Amberley has moved on, it would seem that her ex has different ideas.

Living with a secret terror, Amberley's health begins to suffer, forcing her to seek refuge from all the London complications by heading down to her childhood holiday home at the Cornish Coast.

Her stay doesn't just lead to a recovery of her body, but of her heart and soul too.

Excerpt
She came back from the kitchen holding a bottle of the local sparkling wine they’d had before and two champagne flutes.
‘I thought you’d like this,’ she said handing him the bottle.
‘The glasses were made locally too,’ she added.
‘You really have put a lot of thought into things, thank you. I take it you want me to open the bottle.’
She laughed nervously. ‘As long as you promise me not to take your eye out, or mine… don’t forget, I know your track record.’
The air was heavy with tension. She felt heady, almost breathless with anticipation. The way he was looking at her made her feel extremely feminine and sexy. She wondered what the coming night would bring.
Greg could feel it too; his hand shook a little as he attempted to open the bottle. This time, the cork did not come out as expertly as it had before when he’d opened a bottle. It sprayed from the bottle like an erupting volcano, most of it going over him.
Amberley laughed. He looked so comical, with the bottle still in his hand and the liquid dripping off him. He stood up and placed the bottle down on the table. Amberley stood up too. She bent forward and held her knees trying to regain her breath. It had been such a long time since she’d laughed that much.
‘Oh that was so funny. I wished I’d recorded it on my phone. Your face is a picture, Greg.’
She could feel the mirth bubbling up inside her again. Raising her head to look at him once more, she could see he had a twinkle in his eye. A deliciously wicked smile crossed his face.
‘So, Miss Masterson, you think that was funny do you?’
‘It’s the funniest thing I’ve ever seen.’ She laughed loudly again.
‘Come here,’ he said, a trace of authority in his voice.
‘And why should I?’ she replied, placing her hands on her hips, a look of challenge in her eyes.
‘Because you need to take your punishment for laughing at me.’
‘And what if I don’t?’ she asked, raising her eyebrows.
‘If you don’t, then I will just have to come and get you. So what’s it to be?’
Slowly Amberley backed away from him, putting the sofa between them.
‘I will not come quietly, so I guess you’ll have to try and catch me.’
‘Right, you asked for it,’ he said, edging slowly towards her.
She backed further away and stood near to the dining table.
‘Well, come on then, I’m only a helpless female after all… so what are you waiting for?’
He leapt towards her, quicker than she expected. He grabbed her hand but she managed to wriggle free, squealing with laughter as she did so.
‘You’ll have to be quicker than that,’ she said with laughter in her voice.
She made a dash for the other side of the sofa, shrieking as he chased after her. Her toe caught on the mat; she tripped and fell onto the sofa. She turned and attempted to get up. Greg was too fast; he pounced on her, pinning her down on the cushions.
‘Gotcha,’ he said panting.
‘Okay,’ she replied, still trying to control her breathing.
‘Now you’ve got me… what are you going to do with me?’ 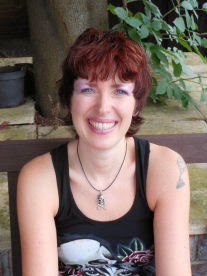 Author Info
Although writing has been a big part of life for many years, it’s since 2009 that I’ve completed most of my work. Starting off with a romance/thriller, then fantasy and my most recent work, which is paranormal romance.
I grew up in Essex, but now reside in Suffolk – with my husband, grown up son and Masai the cat - where I work part time as an admin assistant. My other hobbies and interests include; reading, Formula One racing, darts, listening to music - mainly rock - cinema, live concerts, going to the theatre, keeping fit, gardening and holidays.