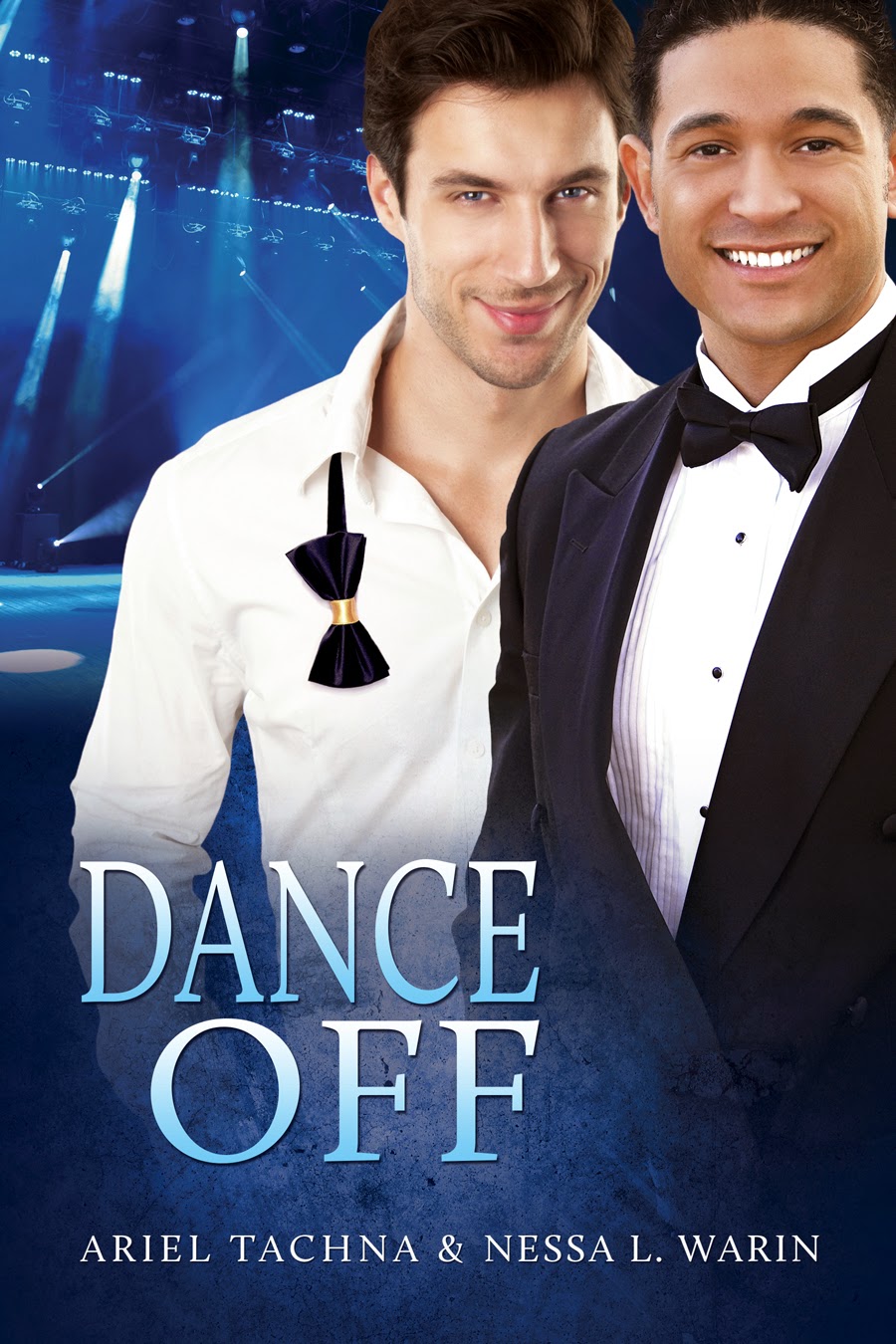 Blurb:
On the reality show Dance Off, pro rugby player Olivier Gautier and Olympic swimmer JC Webster each have one goal in mind: to stay on the show as long as possible to earn his charity of choice maximum exposure and a larger donation. As the competition heats up, their goals expand to catching each other's interest, but Olivier is firmly in the closet and plans to stay there. JC is willing to be discreet, but not to hide forever.

Starting a romance with another man is challenge enough for any celebrity, but doing it under the microscope of reality TV—and one majorly intolerant costar—is even harder. Add in meddling dance pros, JC’s overbearing family, and the need to play up chemistry with dance partners to win America’s hearts, and JC and Olivier’s time together is looking more and more like a recipe for disaster.

As the pressure to stay in the competition mounts, JC and Olivier must face their inevitable separation at the end of the show as well as decide whether a relationship as complicated as theirs can survive in the real world, outside the bubble of the set and practice studios.


He smiled slowly, leaving it up to JC to decide how to interpret his reaction. “We will see who the winner is,” he agreed. In more ways than one.

Ariel Tachna lives outside of Houston with her husband, her daughter and son, and their two dogs.  Before moving there, she traveled all over the world, having fallen in love with France, where she met her husband, and India, where she hopes to retire some day.  She’s bilingual with snippets of four other languages to her credit and is as in love with languages as she is with writing. You can find Ariel at

Nessa L. Warin lives in a fantasy world that’s mostly inside her head, though her physical address is in southwestern Ohio. Her two cats kindly play along with her fantasies and graciously let her pay all the bills, but they do require her to provide pampering on a regular basis. Nessa enjoys exploring the wonders of this world through travel—something her cats strongly disapprove of as it cuts into their pampering time—and can find whimsy in the most mundane places. When the real world becomes too much, Nessa enjoys dressing in costume and going to Renaissance Festivals and fantasy conventions. A short trip to either does wonders for her state of mind, so she makes sure to attend at least one of each a year. These trips help Nessa add to her collection of faerie and dragon art, and she swears she will frame and hang all the prints she’s collected some time soon.

When she’s not living in a fantasy world, Nessa enjoys tasting and learning about wine, particularly since it’s one of the few things she and the rest of her family agree on. She’s a regular at the wine tastings held by her local wine shop, and considers it a sin for her wine rack to have more empty spots than full ones. She’d prefer her wine rack to be filled with Pinot Noir, Malbec, and Syrah, but one of her favorite things about wine is the way it can always surprise her. More than once she’s been taken aback by which wine she likes best at a tasting, and she loves the way her wine rack illustrates the joys of trying new things. 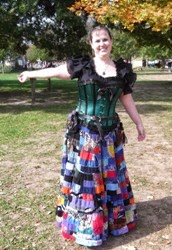 You can find Nessa at