Spotlight Tour: Pinch of Me, Dash of You by Heather Thurmeier 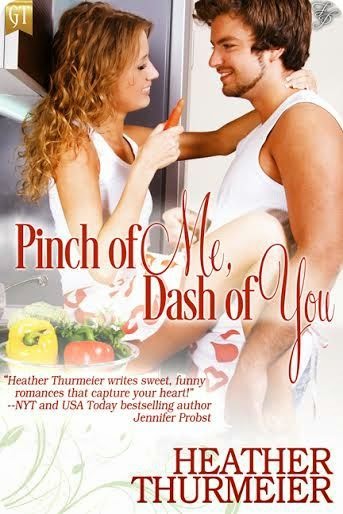 
Purchase at AMAZON
Kali can’t cook to save her life, but she can write. As a foodie reviewer for both a huge national paper and a successful blog, she’s well on her way to achieving her dreams. When she’s offered a cookbook deal, she thinks she’s finally made it…until her latest review comes out a little harsher than expected and the restaurateur threatens to expose all her secrets.

Mac’s whole life is spent in the kitchen, running a New York City restaurant and a culinary school for underprivileged youth. When donations stop pouring in for Mac’s culinary school after a scathing review of his restaurant, he fears he may have to shut the doors if he can’t find a way to turn things around. Then he meets Kali, the reviewer who admits she has no culinary skills. Now he’s made her an offer she can’t refuse—he’ll teach her to cook over the summer and help her with recipes for the cookbook if she’ll agree to write an insider piece highlighting the strengths of his culinary school.

But when things start heating up in Mac’s kitchen, keeping her hands on the food and off of Mac is proving harder than Kali expected.
Book Excerpt:
Mac watched as his name finally sank in. She stared at him, unspeaking. Her sea blue eyes were captivating, and made his tough facade waver. She opened her mouth as if to say something, but simply licked her cherry red, glossy lips instead.
What could she say? Sorry for slamming your business with an unfair and untrue review? That would be a good start, but highly unlikely given her history.
Kali leaned back into her chair while her fingers twirled a strand of strawberry blonde hair where it fell over her shoulder. “I’m still not sure I understand what this is about. So you own a restaurant. Good for you.”
Really? She took the playing dumb route.
He leaned forward, crossing his arms on the table. “I saw your logo. I know it’s you. So instead of pretending to be someone else, why don’t you admit it?”
“Why should I?”
“Because I’d like to have a normal, professional conversation with you and it would be easier to do that if you’d own up to who you really are. I know you’re the one writing Kali’s Kuisine.”
She sat forward suddenly, her face only inches away from his. “Would you hush up?” she whispered, her gaze shifting around the room. “If everyone knew who I was, or who you think I am, I’d be out of a job. Do you understand?”
He smiled—smirked, actually. It felt good to have her backed into a corner, like he was. “I do understand. Better than you could imagine. I bet outing you would be a career killer. Sort of like how a scathing review can kill a restaurant in a down economy. Funny how things are very similar for us.”
She narrowed her eyes at him. Oh, this girl had a temper. He kind of liked it.
Clearly he needed more caffeine if he was starting to be intrigued by the girl who’d slammed his restaurant and apparently didn’t care.
He understood why she had to keep her identity hidden. If restaurants knew what she looked like, they’d never serve her. He certainly wouldn’t have. Every place would be magically booked solid as soon as she walked through the door. No one would risk a terrible review from Kali’s Kuisine since she almost never wrote a good review.
A twinge of remorse for being so loud and obvious about her profession caught him off guard. He glanced around the small café wondering if he’d accidentally caught anyone’s attention. It didn’t look like he had. Of course, he didn’t know why he cared either.
“Did you just passive aggressively threaten me?” A mix of disbelief and anger rippled in her voice.
“No, but if you want to take it that way, I won’t stop you.”
There was something intriguing about the twinkle in her eye—a spark behind the anger. Something that told him she knew exactly what she was doing with those reviews and she was both shocked and amused someone would threaten to do the same to her. She would challenge him and he couldn’t wait. He was ready to take her on.
He was right, she was wrong, end of story. 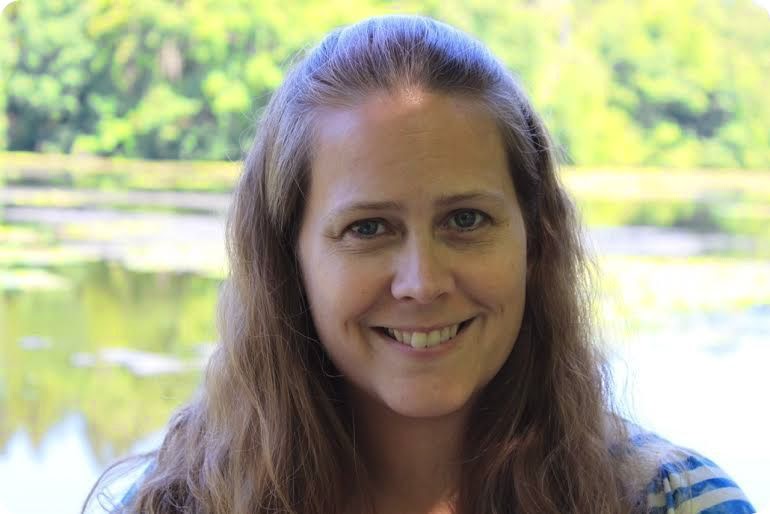 Heather Thurmeier is a lover of strawberry margaritas, a hater of spiders, and a reality TV junkie. Born and raised in the Canadian prairies, she now lives in New York with her husband and kids where she’s become some kind of odd Canuck-Yankee hybrid. Constantly wondering if she’s about to use the Canadian or American word, Heather often chooses wrong, confusing her editor and friends alike. Occasionally, she still adds an extra “u” to random words for no reason other than, “It looks right that way!” She firmly believes that world peace could be achieved if people used their mouths for things like kissing and eating delicious chocolate instead of talking so much. Living life like a romance heroine, Heather knew in their first kiss that she would marry her high school sweetheart. Two countries, two kids, and half a dozen pets later they are still happily in love. Heather’s currently writing her next romance, which will probably be filled with sassy heroines, sexy heroes, laugh out loud moments, and always a happily ever after. She loves to hear from readers on social media and her website!

Her latest release is the contemporary romance, Pinch of Me, Dash of You.