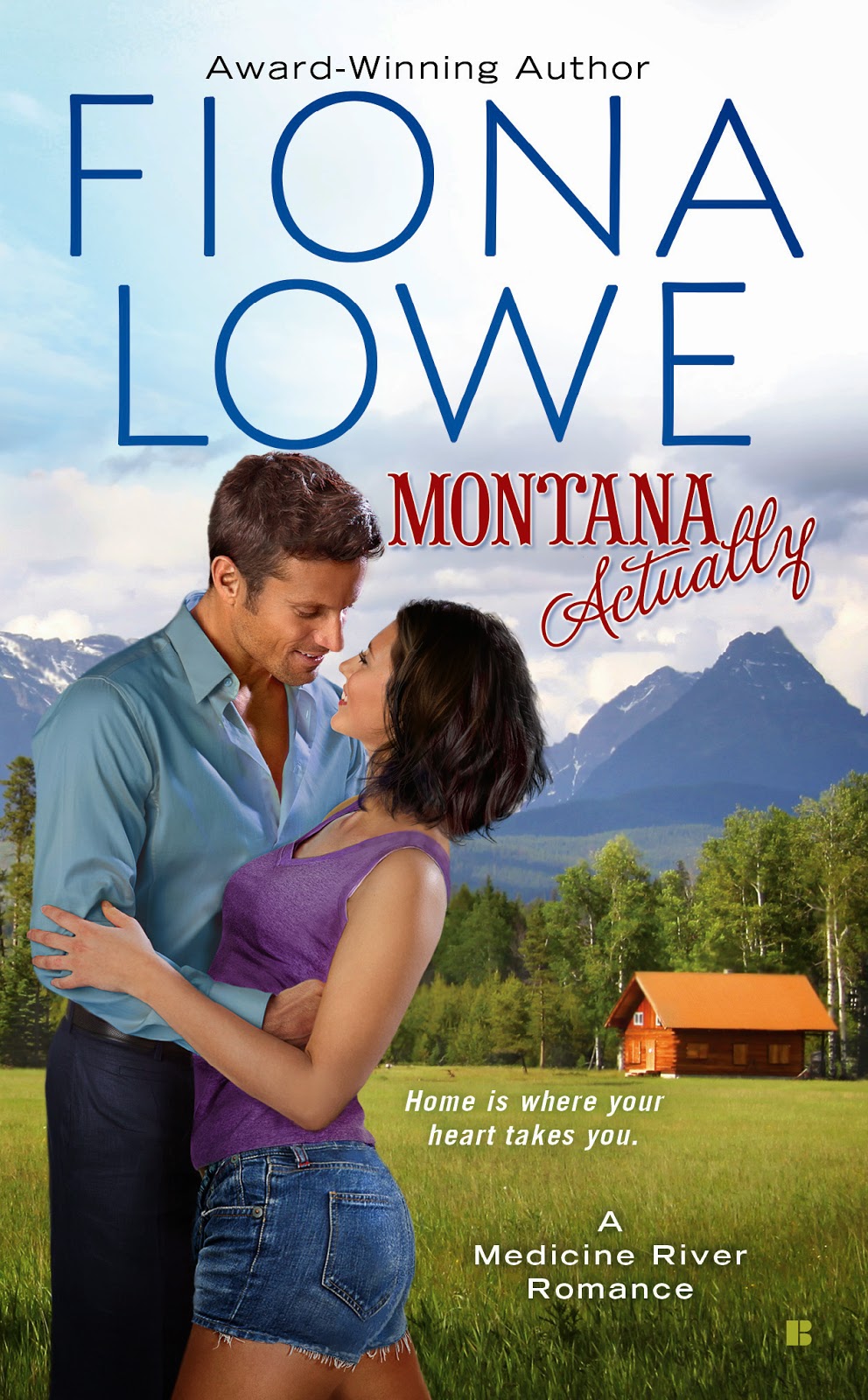 A big-city doctor in a small-town Montana practice....A former nurse who has sworn off doctors forever....The scene is set for passions to ignite in Big Sky Country. Perfect for readers of Robyn Carr and Sherryl Woods.

City doctor Josh Stanton and his sports car don’t suit the country, but with his medical school debt about to bury him, Josh has to make the best out of a bad situation. Adjusting to his new job and life in the middle of nowhere isn’t easy, but at least the views of the mountains—and one distractingly attractive local—are stunning...

After eight years away, Katrina McCade is back in Bear Paw for a break from her life, bad choices—and men. But when a broad-shouldered stranger bursts into town, she finds herself unexpectedly saddled with the town’s sexy new doctor as a tenant. Katrina doesn’t need a man to make her happy, especially a disgruntled physician. But try telling her body that…

Excerpt
Good manners almost made Katrina splutter “I’m so sorry” but self-preservation generated on the back of fear stopped her. Her heart was hammering so fast she could hear it whooshing in her ears. There’s a stranger in my house. A very tall, broad-shouldered man whose height and breadth blocked her only exit. A man with a menacing two-day growth of dark stubble.
Think! Boy was too old to protect her so she plunged her hand into her tool belt, her fingers gripping the plastic handle of the screwdriver. “Don’t move. I’ve got a gun.”
Boy barked with all the menace of an aging biker.
“So why the hell did you incapacitate me with paint?” Incredulity dripped from his words as paint dripped off him onto the floor.
His eyes were scrunched tightly shut and he frantically tore his shirt off over his head exposing a chest with well-developed muscles that bunched and rippled with the movement.
It was poetry in motion.
First rule of safety: Don’t ogle the house-invader.
He pressed the shirt to his eyes. “God, damn it. This stings like a son of a bitch.”
“Don’t do that.” The nurse in her overrode her fear that he might have arrived with intent to harm her and she jumped down from the ladder. Grabbing the tail of the shirt, she whipped it out of his hands. “You’ll make it worse. Don’t move and I’ll help you.”
“Yeah, like I’m going anywhere when I can’t damn well see.” His voice rose, edged with pain. “I need water. Get me to water.”
“The bathroom’s downstairs.”
“Of course it is,” he muttered as if the bathroom’s location was yet another inconvenience on a very long list of many. “Take me there.” He shot out his arm.
She stared at his broad hand. A hand that wide should have chunky fingers but his were long and tapered with neatly cut nails.
“Hello? Miss? I’m going blind here.” His voice combined a thread of anxiety with absolute, authoritative control. “Let’s go.”
“Sorry.” She said, snapping to attention. She slid her hand into his and gripped it firmly, reasonably confident he was too distressed to be of any danger to her. His palm wasn’t calloused like a cowboy’s but it wasn’t soft and smooth either and it utterly consumed her smaller hand. “There are ten stairs.”
He immediately grimaced. “The fourth’s a bastard. We’ve already met once and it wasn’t pretty.”
“Did you hit your head?” she said thinking of the barely legal height clearance, which conveniently wasn’t an issue for her but was for most everyone else. “You need to duck.”
“You think?” His exasperation rolled into her as he stooped down in preparation.
Ignoring his grumpy rhetorical question, she talked him down the stairs and into the small bathroom where she turned on the water. “It’s probably best if you tilt your head under the shower head.
Before she could direct him, he’d kicked off his shoes, turned toward the running water and stepped into the shower. “Fuck!” A shudder ripped across his body. “It’s freezing? Are you trying to kill me as well as blind me?”
“I never told you to get in yet,” she said, her annoyance with him edging out her guilt about the paint. “It takes a few minutes for the hot water to kick in.”
“You’re a sympathetic woman, aren’t you?” he muttered sarcastically.
A retort rose to her lips but she cut it off. Treat him as a patient. “Let the water flow over your eyes to rinse out the paint and everything will feel better.”
To her surprise, he did exactly as she instructed. Water sluiced over his face, around the dimple in his chin and then ran in lavender rivulets across his chest and down his flat abdomen before sliding in under the waistband of his chinos. Within moments, his pants were soaked and clinging to him like a second skin. The wet cotton outlined perfectly his tight behind, his solid thighs and the substantial package between his legs.
Big hands mean a big—
Shut-up! That’s a myth. Be professional. Look away. Look away now!
She dragged her gaze to the faded and peeling wallpaper near the vanity that screamed to be replaced and she focused on the dated-geometric design. “I’m Katrina, by the way.”
“Josh.”
At least she thought he said Josh. He was hard to understand him with water rolling through his mouth. 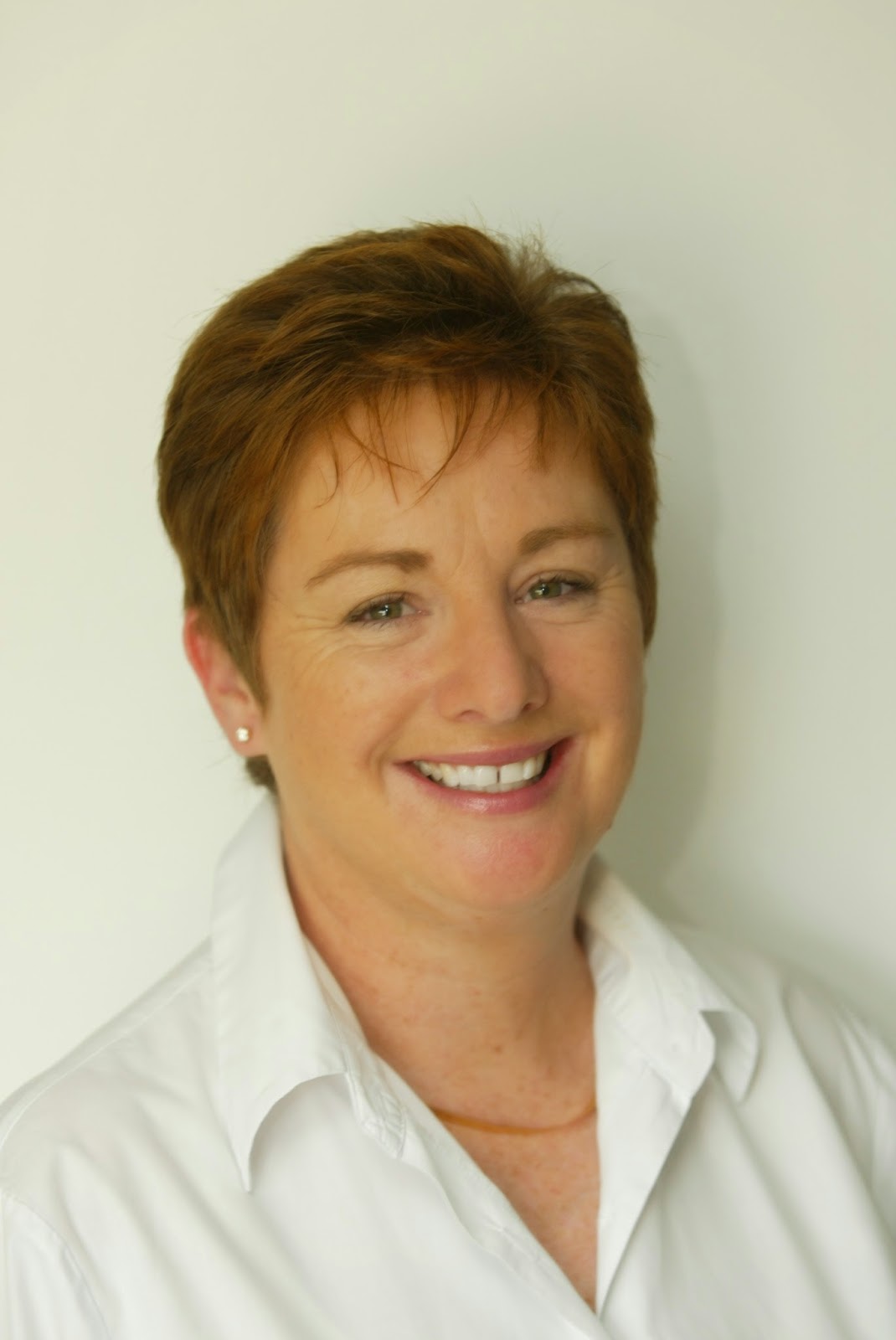 Author Info
Fiona Lowe is a RITA® and R*BY award-winning, multi-published author with Harlequin , Carina Press and, Berkley USA. Whether her books are set in outback Australia or the USA, they feature small towns with big hearts, and warm, likeable characters that make you fall in love. When she's not writing stories, she's a weekend wife, mother of two 'ginger' teenage boys, guardian of 80 rose bushes, slave to a cat and often found collapsed on the couch with wine.


This is the first time I've read a book by Fiona Lowe. After reading Montana Actually I'm not sure why. I found it to be well written with wonderful characters. You will find this to be a heart-warming story that will have you crying more then once. Right away you will like both Josh and Katrina and will love their interaction together. With Montana Actually you get a bonus love story with Katrina's brother, Beau and Shannon who owns the dinner. Sometimes when a author puts two romances in one story you feel like one of the couples are short changed, you won't feel that way with this story. The author did a great job of giving both couples their due. I can't wait to read the next book in the series. Happy reading!