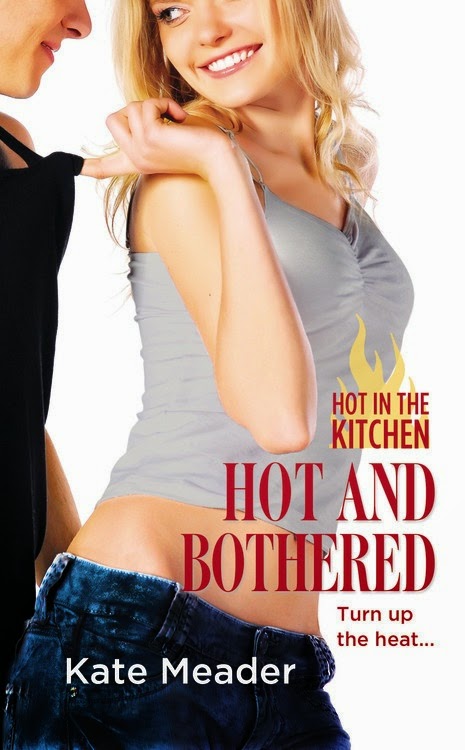 Although her baby boy keeps her plate full, Jules Kilroy is ready to take her love life off the back burner. Despite a bevy of eligible bachelors, it's her best friend, Taddeo DeLuca, who is fueling her hormones with a generous serving of his mouth-watering Italian sexiness. But Jules learned her lesson once before when she went in for a kiss, only to have Tad reject her. She's vowed never to blur the lines again . . .

After a lifetime of excuses and false starts, Tad has finally opened a wine bar, a deal made even sweeter when Jules joins his staff. Lovers come and go, and he's had his share, but friendships like theirs last forever. Still, ever since he tasted her luscious lips, he can't stop fantasizing about what could be. Then she joins an online dating site-and the thought of his Jules with another man makes Tad's blood boil. Even if he gets burned, Tad can't stop himself from turning up the heat this time.

“I’ll walk you up,” he said, slipping his jacket on so it was clear to both of them he would be on his way as soon as his chivalrous duty had been performed. Because people put on jackets to, you know, go outside.
“You don’t—”
“I do.” He tucked his hand under her elbow, the touch electrifying his every cell once more. He didn’t let go of her arm as he guided her up to the second flight.
He took the key and opened her door. No problems with the door knob.
“I’ve got it from here,” she said, still avoiding his eyes. Good girl, look away. If she had any sense of self-preservation, she would close the door and send him packing because he was this close to pushing her against the wall and banging her boneless.
“How did your date go tonight?”
Fuck. The self-preservation thing goes both ways, bischero.
There was that flare of anger again. He wished she’d come right out and say what she was mad about.
“I didn’t know Cara was going to bring Darian.”
“So, a pleasant surprise. A doctor.” Merda, that came out sarcastic, which, to be honest, he meant it to be. Judging by the freeze-his-nuts stare she aimed his way, she took it in that same spirit.
“Think I don’t have it in me to date someone smart like that?”
“Don’t use that card, Jules. You have it in you to get anyone you want. I just don’t think that guy’s right for you.”
“Why?”
Because he’s not me.
None of those idiots understood the first thing about her. Tad did, though. He knew that sometimes she felt dumb because the words on the page refused to cooperate for her. He knew that she had spent her childhood wishing that someone, anyone would see her. He knew she had fought like a tigress to get here so she could provide the best life possible for Evan.
Tad had been there from the beginning, shoulder at the ready for her tears, hand outstretched so she could crush it while delivering Evan. Fancy diplomas, fat bank balances, a McMansion in Schaumburg—none of these things qualified them for shit where this woman was concerned.
“He’s just looking for a housewife to support him and pump out his kids while he does his important job.”
“Wow, you got all this from watching me flirt with him?”
He could feel his teeth mashed together like a trash compactor and he spat out the next words with trouble. “Conor’s no good for you either, so you can forget about that.”
“What’s his problem, then? He owns his own bar, saves people from burning buildings… Oh, is that it?” She kicked off her shoes, an angry smirk crinkling the corner of her mouth as one of the heels hit the leg of her coffee table with a satisfying thud. “You don’t think guys who save lives are good enough for me. You’re not exactly saving any lives when you pair that silky Pinot with the aged manchego.”
As insults go, it was pretty tame, but the sharpness in his chest registered the unintended blow. Saving lives was the last thing he was qualified for.
“I’m just trying to look out for you, Jules.”
“That’s a neat trick. You move your lips and Jack’s words come out. I’ve already told you I don’t need another brother.”
She might not need a brother but she needed a protector. Someone who could be with her through the tough times, who understood the meaning of sacrifice and family. Someone not like him.
But he could be her friend. “What happened to get you so upset tonight?”
Her brows drew together over eyes sparking with determination. “I realized I have to take what I need and fight for what’s mine.”
Whoa, if he wasn’t turned on before, he sure as hell was now. Mine. He loved how that sounded on her lips, even though he had no idea what she was yammering on about. She was grabbing something by the balls—her destiny, perhaps, and he was man enough to say, she had him by the balls as well.
The smoky lines around eyes dark with emotion hit him like a shot of moonshine. Every hair, and more, stood to attention at the sight of her Cabernet-red lips in that beautiful bow shape that would look so perfect trailing scorching kisses across his chest and beyond. Warmth washed through his veins. The edge of desire rose up to meet him and he embraced it fully.
He was only human.
She padded toward him, showcasing the sultry sway of her hips even without the sparkly fuck-me heels. Her eyes turned to shadowy emeralds like the pupils had swallowed the usual sea-green brightness. He recognized that look. He had seen it the other night in the wake of his kiss. Except for one difference: Juliet Kilroy, his friend, hot MILF, was now seducing him.
She brushed by him and closed her fist over the doorknob. Looked like her difficulties with the open/close thing were a thing of the past. Drawing the door ajar a few inches, she speared him with a look that might have flattened a lesser man.
“I’m giving you a choice. You can walk out this door and pretend there isn’t something happening between us or you can stay and give me what I need.”
His cock thickened and grew achy. “What do you need, Jules?”
“You. Inside me. All night.”
Oh, sweet Jesus.
He held her green tilty gaze, aiming to infuse his next words with cut-the-bull clarity. “I’m not like the others, those men you’ve been dating, the ones who slobbered all over you tonight. I’m not boyfriend material.”
“That’s not what you offered, though, was it?”
Leaning past her shoulder, he pressed the door shut, the snick short and final.
Inevitable.
“That’s not what I offered.”

I couldn't wait to read Jules and Tad's story. I just love both of them. Jules takes what life gave and makes the best of it. She has a beautiful child and is surrounded by family. Her road to happiness hasn't been easy but she's found her footing. Tad is just perfect for her. He's ambitious and stable, something that Jules needs in her life. He's also will make a good family man. I will also admit that I liked the series a little bit more due to the fact that it's based in Chicago. It's always fun reading stories based where you live. This is a great series and you should really get all three books. Not, bring on the firemen! Happy Reading! 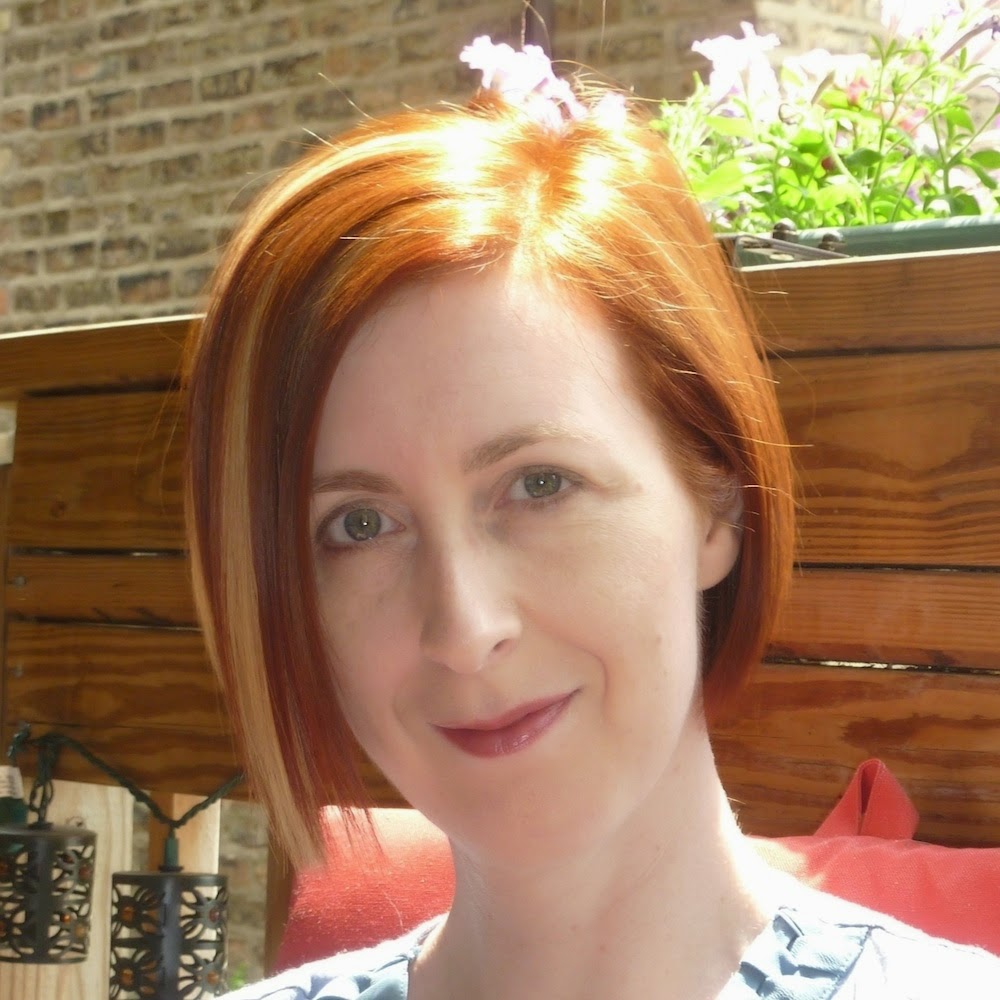 About the author:
Kate Meader writes contemporary romance that serves up delicious food, sexy heroes, and heroines with a dash of sass. Originally from Ireland, she now makes her home in Chicago, a city made for food, romance, and laughter - and where she met her own sexy hero. When not writing about men who cook and the women who drool over them, she works in an academic library. Visit her website at http://katemeader.com and follow her on Twitter @kittymeader