Excerpt & Giveaway: The Duke of Dark Desires by Miranda Neville 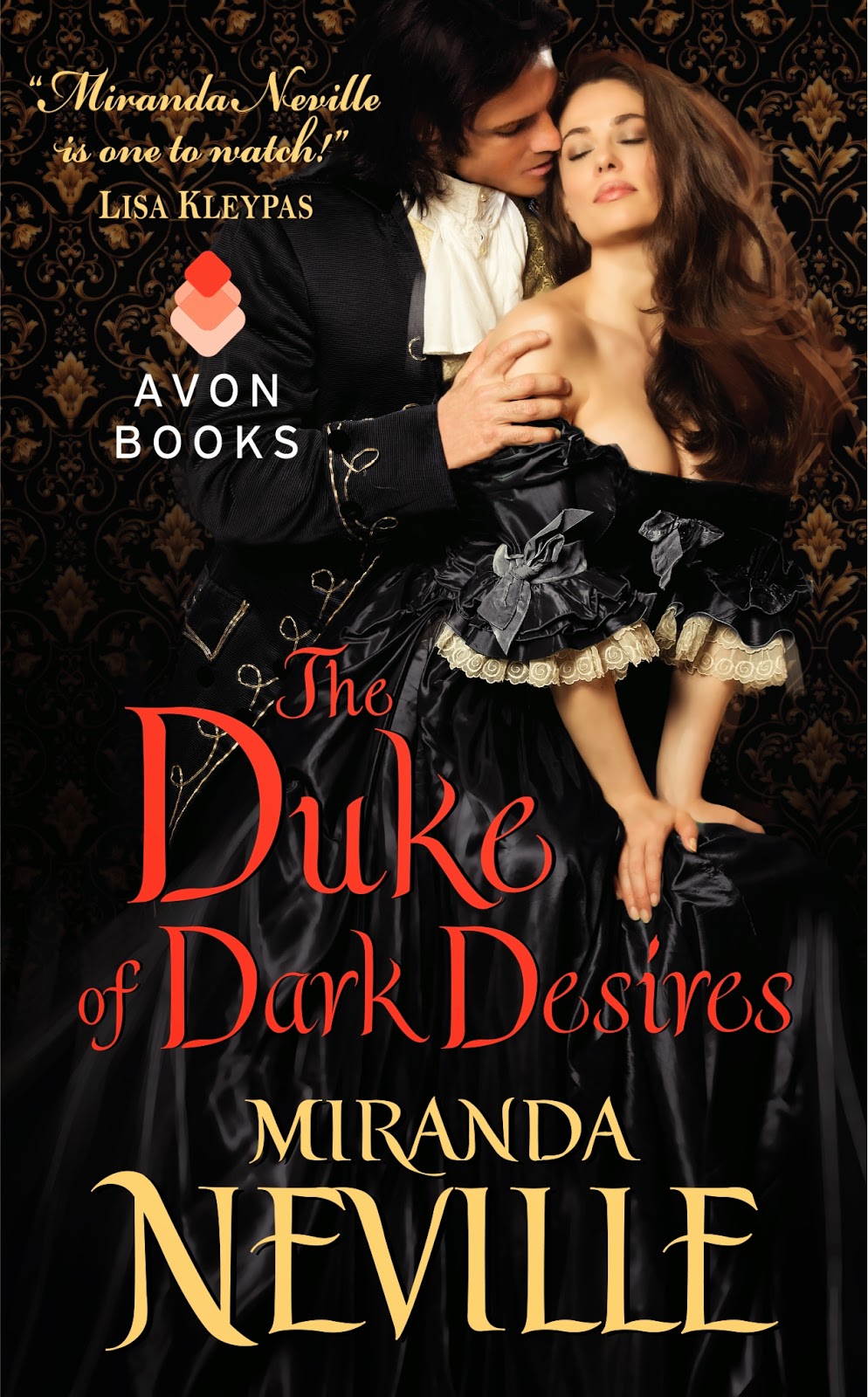 Rebellious Julian Fortescue never expected to inherit a dukedom, nor to find himself guardian to three young half-sisters. Now in the market for a governess, he lays eyes on Jane Grey and knows immediately she is qualified-to become his mistress. Yet the alluring woman appears impervious to him. Somehow Julian must find a way to make her succumb to temptation … without losing his heart and revealing the haunting mistakes of his past.

Desired: Duke skilled in the seductive art of conversation…

Lady Jeanne de Falleron didn’t seek a position as a governess simply to fall into bed with the Duke of Denford. Under the alias of Jane Grey, she must learn which of the duke’s relatives is responsible for the death of her family-and take her revenge. She certainly can’t afford the distraction of her darkly irresistible employer, or the smoldering desire he ignites within her.

But as Jane discovers more clues about the villain she seeks, she’s faced with a possibility more disturbing than her growing feelings for Julian: What will she do if the man she loves is also the man she’s sworn to kill?

Excerpt
His attention flickered back to the window and his view of the square, where a delivery cart lumbered by, leaving horse droppings in its wake. A youthful crossing sweeper offered his services to a young woman standing next to the central garden, but she shook her head. The arrival of a well-appointed vehicle obscured his view of the pair and a man descended, a tall, fine figure of a man. Even through a thick beard Julian judged him to be a good decade younger than Julia. Very well done, Mother.
Then a girl stepped out onto the pavement, and another, and another.
His mother hadn’t said that her children with the miserable Osbourne were in London. Her three children. He had a bad feeling about this.
“You didn’t mention that your daughters are with you.”
“I could hardly leave them alone in Ireland. May I remind you that my daughters are your sisters.”
“Half sisters.”
“It’s not like you to lack generosity, Julian. Mr. Osbourne is dead and you should set aside your differences. Whatever your feelings for him, my poor dear girls are not to blame.”
“I have no objection to entertaining them here, not that I can offer puppies or kittens or dolls, or whatever children need for amusement. I expect my kitchen can provide tea and cake since I suppose they are too young for madeira. Maria is what, twelve or thirteen now?”
“She’s fifteen and bidding to be quite the beauty. You need to pay attention, seeing as I want you to be the children’s guardian.”
Julian’s nose for danger never let him down. “Why not your new husband?”
“Because Captain Lowell and I sail for New York in a week and we can’t take the girls into waters infested by the French, even in an American ship.”
As usual she had thought only of herself. “I don’t suppose it occurred to you to postpone the wedding until it was safe for all to travel. Or to remain with your daughters in Ireland.”
“I couldn’t do that, Julian. A woman’s place is with her husband. So I’m leaving the girls with you. It shouldn’t be for more than a year or two.”
He ought to know better than to be amazed by her boundless effrontery. “Absolutely not,” he said when he recovered his breath. “The house is barely furnished and I have very few servants. Even if I could accommodate three children in comfort, I am much too busy to look after them.”
“Nurse Bride will do that.”
“Good God, is Bridey still alive?” She had been Julian’s nurse, and his mother’s before that. “She must be a hundred years old.”
“In the prime of life. The girls are no trouble at all, the little angels. Good as gold and excited as can be about staying with their big brother. Laura was a mere babe when you last visited us.”
He saw what his mother was up to. Just as she had sent him off to school in England without a second thought when she acquired a new husband, now she meant to cast aside the fruits of that marriage. No, the Osbourne spawn were her responsibility and he was damned if he’d be landed with them. His plans for the enjoyment of his newfound wealth did not include the guardianship of a passel of sisters he barely knew and cared for even less. 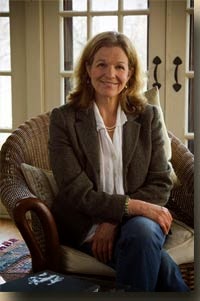 Author Info
MIRANDA NEVILLE grew up in England before moving to New York City to work in Sotheby’s rare books department. After many years as a journalist and editor, she decided writing fiction was more fun. She lives in Vermont. She loves hearing from readers and may be reached through her website.