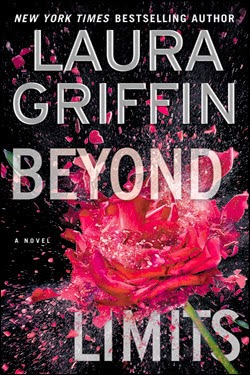 Blurb
FBI agent Elizabeth LeBlanc is still caught in the aftermath of her last big case when she runs into the one man from her past who is sure to rock her equilibrium even more. Navy SEAL Derek Vaughn is back home from a harrowing rescue mission in which he found evidence of a secret terror cell on US soil. Elizabeth knows he’ll do anything to unravel the plot—including seducing her for information. And despite the risks involved, she’s tempted to let him. . . .

On the surface Derek’s offering a simple deal—Elizabeth provides him with intel, he delivers the terrorist. But he knows nothing about Elizabeth is easy, and now their volatile relationship threatens to distract him from the most important mission of his career. Together with the forensics experts at the Delphi Center, he and Elizabeth are closing in on the truth, but it may not be fast enough to avert a devastating impending attack . . . or stop a ruthless enemy from escaping to kill again.

Excerpt
It was full-on rush hour by the time Elizabeth reached the city, so she crossed Starbucks off her list, although she sorely needed caffeine. Even without the call-out, she’d had a bad night. Most of it had been spent curled on her sofa, flipping channels and determinedly avoiding CNN as she downed chamomile tea, which was supposedly a natural sleep aid. After weeks of drinking the stuff, she’d discovered it worked great when accompanied by Ambien.
She pulled into the bunker-like parking garage and found a space. Flipping down the vanity mirror, she checked for any telltale signs of fogginess. Her eyes were bloodshot, her skin sallow. She smoothed her ponytail and fluffed her new bangs. She’d had them cut a few months ago in an effort to hide her scar, but she wasn’t crazy about the look. A little too schoolgirl, which wasn’t helpful. As a five-four blonde, she already had enough trouble getting people to take her seriously.
She flipped up the mirror, disgusted. She had more important things to worry about today than her appearance. Such as her boss’s reaction when he heard about the murder of her newly recruited informant.
Elizabeth’s stomach tightened with nerves as she walked into the office and rode up the elevator. The doors slid open. She made her way toward her cubicle and saw Maxwell talking to a pair of agents outside his office. He’d probably heard by now. Would he dress her down at the staff meeting or call her into his office beforehand?
He spotted her, and the grim look on his face told her he’d received the news. Elizabeth changed course, bracing herself for a blast of criticism as she approached.
“Sir, I need to talk to you about—”
“Save it. You’ve got a visitor.” He tipped his head toward one of the men standing nearby.
“Hello, Elizabeth.”
She blinked at him, taken aback. “Gordon. What—”
“Feel free to use my office,” Maxwell told him, then gave her a sharp nod. “We’ll talk later.”
Gordon watched her, his look unreadable. He was based in Washington, but if he’d spent the morning on an airplane, you’d never know it from his immaculate suit and shiny wingtips. Agents who worked for him sometimes called him “Wall Street,” and she hadn’t figured out whether it was because of his clothes or because his all-business demeanor reminded them of Gordon Gecko.
He gestured toward the empty office. “After you.”
Polite as always. She stepped inside and felt a chill down her spine as the door thudded shut. She glanced through the window into the bullpen and caught the baffled looks of her coworkers, who were obviously wondering why the Bureau’s newly promoted assistant director of counterterrorism wanted to see her.
Gordon tucked his hands into his pockets and stepped past Maxwell’s desk. He had an athletic build, good posture. His salt-and-pepper hair was trimmed short, as she remembered it. Despite the demands of his job, he took care of himself.

He turned to look at her. “How have you been?”
She started to say “Fine” but remembered something else she’d learned about him a year ago. He was a human lie detector.
“Busy,” she said.
He lifted an eyebrow, then turned to study Maxwell’s ego wall, which featured his Princeton diplomas, along with several framed photos of him rubbing elbows with VIPs: the FBI director, a few senators, the Texas governor.
“Have you been following the news out of Afghanistan?”
She cleared her throat. “You mean the hostages?”
“Yes.”
“The newspaper said they were rescued by NATO forces.”
The paper hadn’t specified what type of forces. But since meeting a SEAL team last summer, Elizabeth had been paying close attention and had learned to read between the lines. A team of commandos storming a compound and plucking civilians from the hands of Taliban insurgents? The mission had SEAL written all over it.
“Many of the details weren’t made public.” Gordon turned to face her. “The team that conducted the raid recovered some interesting info during their SSE sweep.”
SSE. She racked her brain.
“Sensitive site exploitation,” he provided.
“You mean computers?”
“A laptop, a thumb drive. The information there was surprisingly minimal, but they also collected a cache of papers, including several detailed maps of Houston.”
Houston. Not D.C., not New York, but Houston, Texas. Elizabeth’s palms felt sweaty and she tucked them into her pockets. “What’s in Houston?”
He smiled slightly. “You mean besides six million people? Three major sports venues, a world-renowned medical center, a Christian megachurch.” He sat on the edge of Maxwell’s desk. “Not to mention the corporate headquarters of some of the world’s largest energy companies.”
She clamped her mouth shut. Maybe she’d look less ignorant if she let him talk.
“It was a take-no-prisoners raid,” he continued. “However, when the commandos saw this cache of intel, they grabbed a young man who’d been subdued, hoping some of our CIA guys could persuade him to talk.”
“Did they?”
His mouth tightened. “He’s no longer cooperating.”
What did that mean, exactly?
“And unfortunately, after poring through all the intel, our analysts believe the terrorists planning the attack were not in the compound when the raid went down. As far as we know, they’re still at large.” He paused and watched her. “Homeland Security’s staffed up a joint task force to investigate this potential plot and interrupt it.”
Elizabeth’s mind was reeling. She’d admired Gordon since the day she’d met him, both as an investigator and as a leader. The thought of working with him again made her giddy and nervous and terrified all at the same time.
He stepped closer and gazed down at her.
“Your SAC says you had a rough spring. He thinks you’re not up for this assignment.”
Anger welled in her chest.
“If you join my team, I need to know that you’re one hundred percent. Are you?”
“One hundred and ten. Sir.”
He held her gaze, the human lie detector. Her heart thudded so loudly she could hear it. Time seemed to stretch out. He glanced at his watch. “Be at San Antonio International Airport in two hours. Pack light.”
Relief flooded her. “We’re going to Houston?”
“California. Naval Amphibious Base Coronado, to be precise.” He crossed the room and reached for the door. “We need to interview some SEALs.” 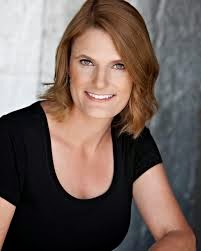 Author Info
New York Times and USA Today bestselling author LAURA GRIFFIN started her career in journalism before venturing into the world of romantic suspense. She is a two-time RITA Award winner (for the books Scorched and Whisper of Warning) as well as the recipient of the Daphne du Maurier Award (for Untraceable). Laura currently lives in Austin, where she is working on her next book. Visit Laura at www.LauraGriffin.com or Facebook.com/LauraGriffinAuthor