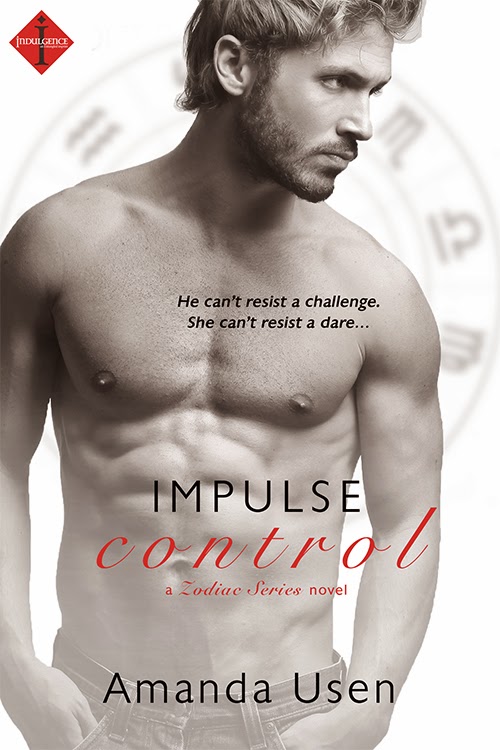 Synopsis
Survivalist Russ Donovan is the toughest man in America, with a reality TV show to prove it. Now he’s been strong-armed into filming a new show with dainty lifestyle expert Susannah Stone. But while “At Home in the Wild” could mean millions for his family’s charity, Russ plans to put Little Susie Homemaker to the test—in the Adirondack Mountains in the dead of winter. And there's no way she'll be able to hack it...

Susannah is tougher than she looks. She's had to fight her way through life, and there's no way she'll let a bossy mountain man show her up. When she gets him on her turf, he’s in serious trouble. But now she's run into a bit of problem. Because no one—least of all Russ and Susannah—expects sparks to fly both on camera and off. And now everyone will see their risqué rivalry break all of the rules...

Aries (March 21-April 19): Impulsive Aries, haven't you learned your lesson yet? Your list of regrets is almost as long as your list of accomplishments, but you still ram your way to the top of every mountain. It's part of your charm, I guess, but do me a favor: stop blaming yourself. Don't let the past rule your future. You're not perfect, even if you think you are. Your life is in front of you. Romance is highlighted! Pull your head out, man!

Welcome to the IMPULSE CONTROL release blitz! I'm thrilled to introduce Book One of the Men Of The Zodiac Series for Entangled Indulgence. Russ Donovan is an Aries, and he embodies all the best—and worst—traits of the sign. He's a survivalist, a former Green Beret, twice-voted the toughest man alive, but a past mistake is eating him up inside. He honored his younger brother's dying request: to check him out of the hospital and take him on the trip of a lifetime. But after his brother's death, guilt drives Russ all over the world in search of new—and dangerous—adventures. Here's the scoop on why Russ pushes himself so hard and the origin story for his tattoo, the unifying characteristic that links the heroes of the Men Of The Zodiac Series.

“I want to see your tattoo,” she blurted out. “If I’ve only got a few more seconds to get what I want, then I want to see your tattoo. And touch it,” she added.
He rolled to the side, depositing her beside him. “You can see and touch anything you want, sweetheart. I told you I’m all yours, but if you think this is about me getting what I want, you are dead wrong. This isn’t about me at all, so you keep those requests coming. I am completely open to suggestions.” He tucked a strand of hair behind her ear and then slowly rolled. His big frame took up so much of the sleeping bag that he had to take it a few inches at a time before his back was to her.
She held her breath to stifle a gasp. The intriguing flashes she’d caught on the TV screen had hinted at how amazing it might be, but she was still stunned. Air hissed out of her lungs as she reached to trace the edge of one spiraling horn. The ram’s head was superimposed on a burning mountaintop. Flames twined through the shaggy hair and licked the edges of the horns. Its eyes were furious, fierce, and determined, much like the gaze of the man looking over his shoulder at her. The intricate and mesmerizing design made it hard to tell whether the beast had conquered the mountain and set it on fire or if it had been born from the flames.
She pressed her palm to his back, imagining she could feel the heat. “There’s got to be a story here.”
The design rippled, seeming to move as he chuckled. “There was alcohol involved when the decision was made, but I was stone-cold sober by the time it was done. It took hours.”
“I can imagine.” The tattoo covered half his back. “Did it hurt?”
“Not the tattoo. My little brother and I were in New Orleans, doing the things guys do in one of the craziest towns in the world. Lance was an adventurer, always looking for the next challenge. He was fearless.”
His use of the past tense made her heart thud. “Was?” she asked softly.
“He died the year I started doing In the Wild. Leukemia. It was fast. God, it was so fast. The first treatment didn’t go well. If he wanted to ravage his body with drugs and radiation, he might have gotten a few more months. He chose to travel instead.”
“Let me guess—New Orleans was on the itinerary?”
“Exactly. He wanted to do everything on his bucket list, starting with Mardi Gras. Getting a tattoo was farther down the list, but we started talking to a woman in a Bourbon Street bar, and when Lance found out she was a traveling tattoo artist, that was it. We got inked.”
“You certainly did.” She traced the spiral of each horn. “Why a ram?”
“I left it up to them. I didn’t care what went on my back, I just wanted to spend time with my brother and have a connection to him forever, you know?” His voice thickened. “But I’m glad he chose something I could live with. Don’t laugh, but it’s my zodiac sign. I’m an Aries, a fire sign—hence the ram and the flames.”
“And the mountain?”
He turned away. “Lance wasn’t going to be climbing any more mountains with me, so I promised I’d keep climbing for him. Maybe Everest someday.”

Seriously, Aries? Mount Everest? Have you been listening at all? You better hope she thinks you're worth it, because your stubborn ass is going to cause a lot of trouble. And heartache. Not just for her, either. You are in for it, buddy. Climbing Everest is a picnic compared to what lies ahead of you. You'll need every ounce of your courage and confidence to face your greatest challenge: getting over yourself.

Hush, Destiny! Give him a chance! Russ is stubborn, but he's not stupid. That's how I like my heroes. As you know...I'm an Aries, too. We ram our way to the top of the mountain or go down in flames trying. We fight fire with fire. We make love AND war. Life with an Aries isn't easy, but it's always an adventure! And the makeup sex is topnotch. ;-) 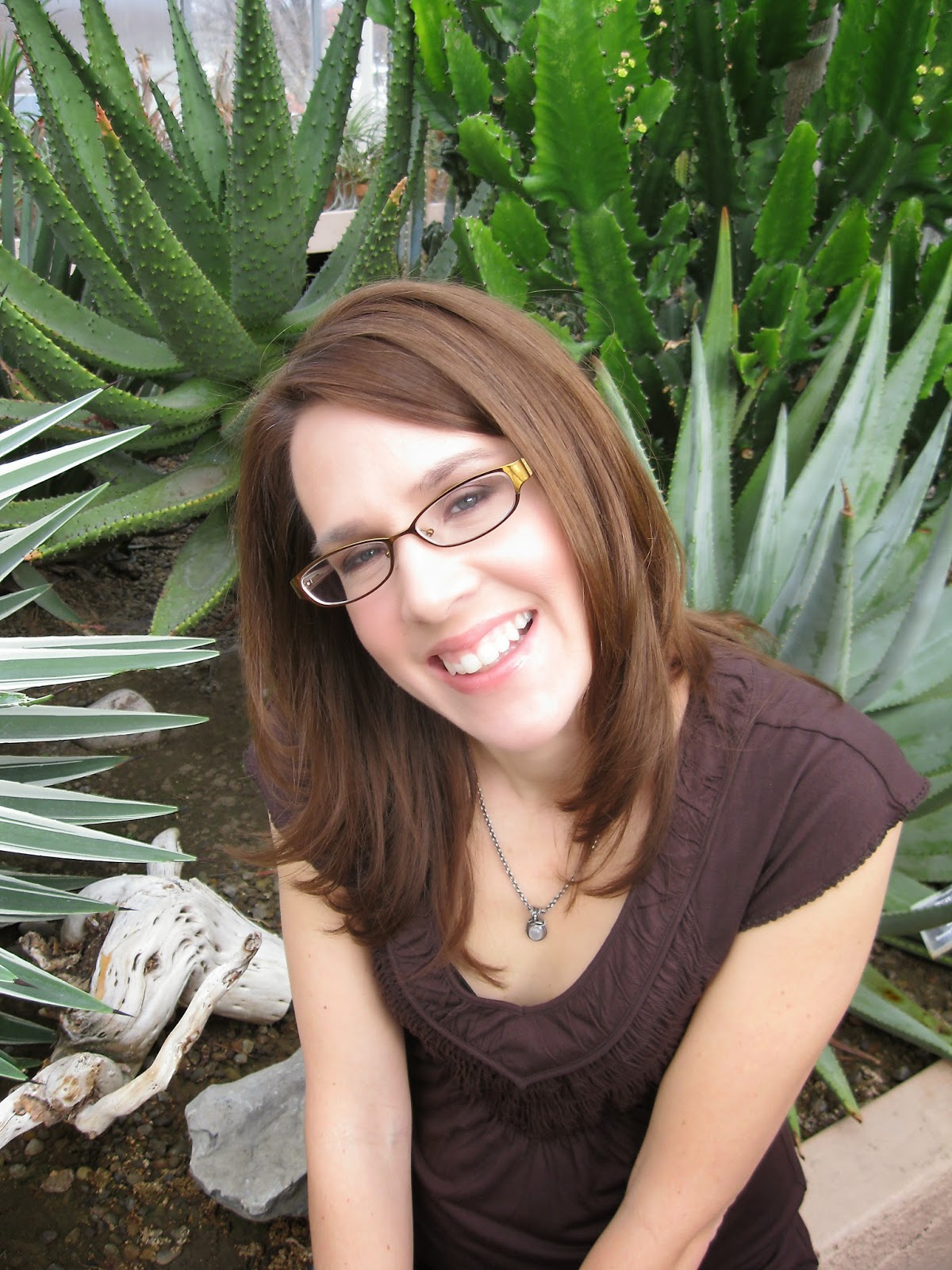 About Amanda
Amanda Usen knows two things for certain: chocolate cheesecake is good for breakfast, and a hot chef can steal your heart. Her husband stole hers the first day of class at the Culinary Institute of America. They live in Western New York with their three children, one gerbil, four fish, a tortoise, and a beagle. Amanda spends her days teaching pastry arts classes and her nights writing sexy contemporary romance. If she isn’t baking or writing, she can usually be found reading a book and trying to get out of cooking dinner.