Excerpt & Giveaway: Love Me If You Dare by Toni Blake 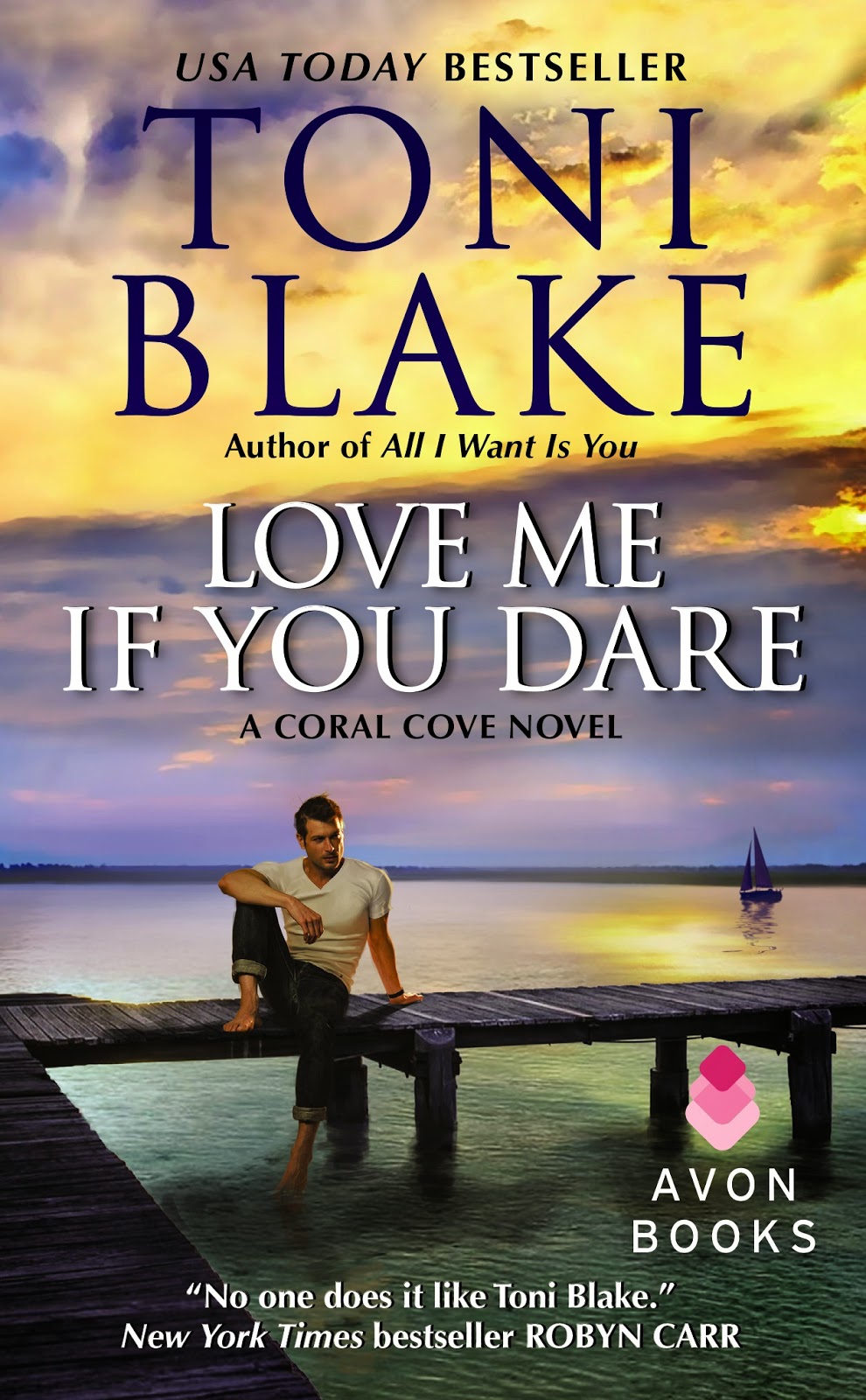 When the question is love, the answer is always yes…

Camille Thompson is the best at what she does-closing deals. That’s why real estate developer Vanderhook has sent her to Coral Cove, Florida, where the stubborn owner of the Happy Crab Motel is refusing to sell. Camille’s never had a problem turning a “no” into a “yes”, but then she’s never been so captivated by a man’s sexy smile before.

Laidback Reece Donovan likes life simple. No amount of money - or any other temptation Camille can offer - will convince him to give up the one link to his past. Of course, it would be easier without the powerful chemistry raging between them.

As a fragile romance begins to grow, can Reece trust Camille with his secrets? And when promises are broken, along with hearts, can the charm of Coral Cove help bring them back together?

EXCERPT
"Oh God, I want on top of you," she said after a while.
And Reece fell for her a little harder. "See why I like you?" he asked, casting a lusty grin as he gripped her hips and began to roll with her so that he'd end up on his back.
Her eyes went wide as their bodies shifted. "Because I like it on top?"
He laughed. "Because you know what you want and don't hesitate to go for it. And you're a little bit of everything. A little bit hard, a little bit soft. A little bit sweet and a little bit wicked." As she ended up atop him, rising upright, he took in the fact that her long, loose hair had gotten messy and her breasts were just as gorgeous from underneath. He gave her a wink. "And I’m ready for you to show me some more wicked now."
If he wasn't mistaken, her eyes sparkled with amusement – and maybe even a hint of lechery. "And what's wicked?" she asked, beginning to move on him in sexy circular motions.
He glanced down at where their bodies met, then back up at her eyes. "That's a little wicked," he breathed deeply. At that, her movements intensified and her expression grew more animalistic. Oh yeah, he liked a messy-haired, animalistic Cami. A lot. "Aw baby," he bit off amid rising pleasure, "ride me."
As she did, she looked lost in a trance – until she bent over him in a way he read as a silent demand for him to kiss and suck on her breasts some more. "Looks like you're having your way with me now," he told her.
"Do you like it?" she purred.
"Do your worst," he challenged. And then he opened his mouth, happy to slip it back around one pretty, pointed pink nipple.
He sucked and she moaned. Her movements grew harder, rougher. He pumped up into her, matching her rhythm. And then finally, she began to grind on him slower, deeper, her body straining with the heat of being on the brink. It brought him to the brink, too. He suckled her harder, harder, sensing that was what she wanted, needed.
And then she came, crying out, rocking roughly on him, and he felt it racing through her whole body, jolting her, consuming her for those few seconds in time. And though he took pride in being a generous lover, he couldn't remember a time when a woman's climax had been enough to make him come, too – but it did. With no means to control it, and no wish to, either, Reece pounded his orgasm into her sweet body, again, again, again, letting it all spill out of him.
Afterward, she gently collapsed onto him, her breasts and tummy warm and moist with the perspiration they'd generated. His arms closed around her, fulfillment dropping over him like a blanket.
They lay together quietly that way, their bodies still connected, until she asked softly, "So were you right? Was it worth it?"
"Oh my God, are you kidding?" he murmured, still weakened from it all. "Let's do it again." 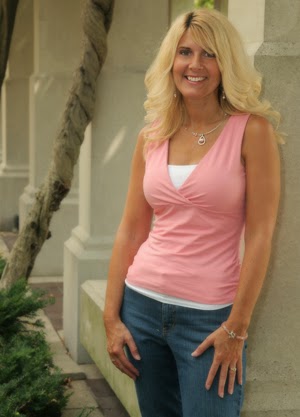 Author Info
USA Today bestselling author Toni Blake’s love of writing began when she won an essay contest in the fifth grade. Soon after, she penned her first novel - nineteen notebook pages long. Since then, Toni has become a RITA-nominated author of more than twenty contemporary romance novels, her books have received the National Readers Choice Award and the Bookseller’s Best Award, and her work has been excerpted in Cosmo. Toni lives in the Midwest and enjoys traveling, crafts, and spending time outdoors. Learn more about Toni and her books at www.toniblake.com.