Excerpt & Giveaway: What a Lady Demands by Ashlyn Macnamara 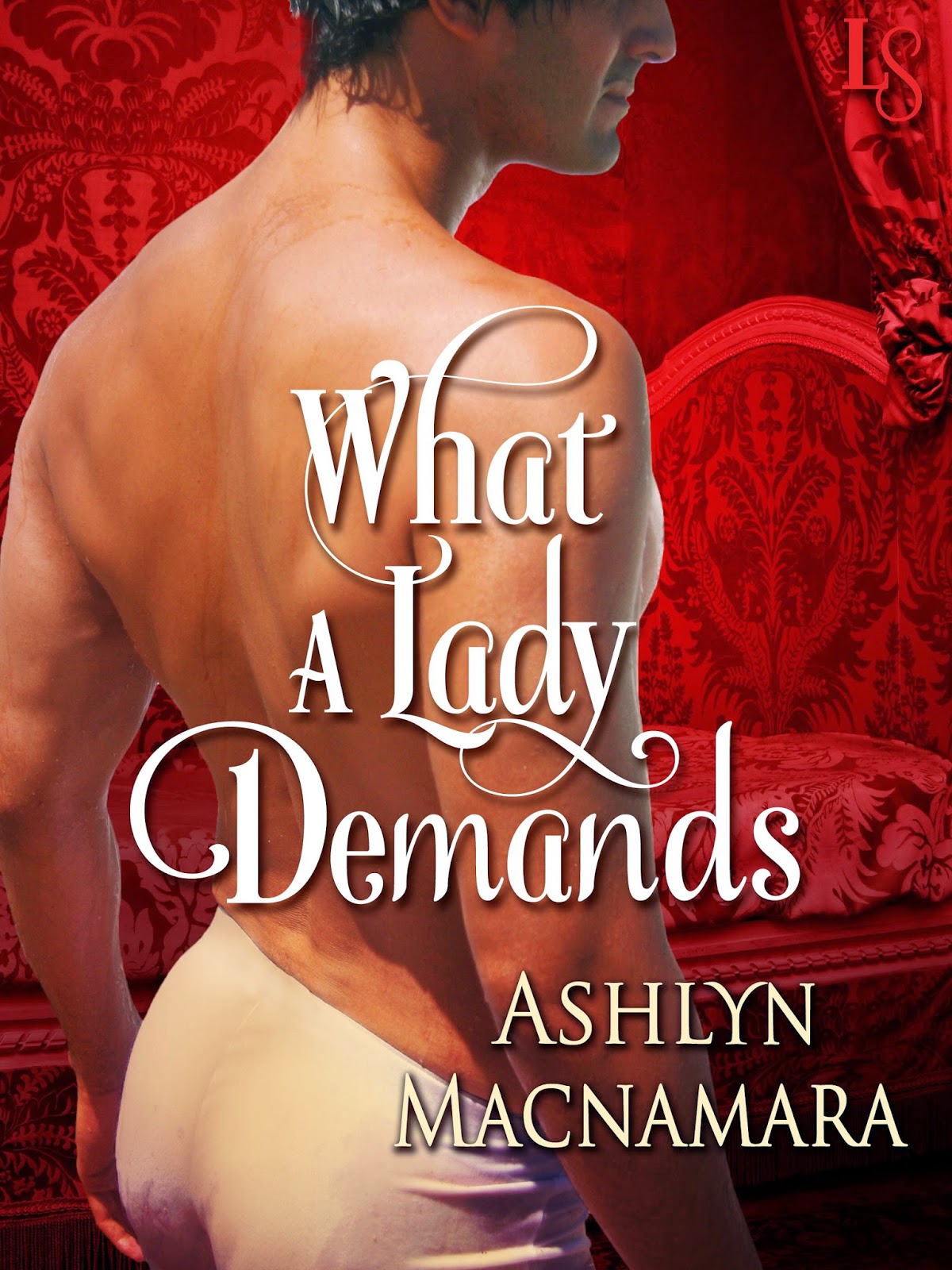 Readers of Julia Quinn, Eloisa James, and Sabrina Jeffries will love Ashlyn Macnamara’s novel about a smoldering new love that is threatened by past betrayals.

Viscount Lindenhurst cannot seem to find a governess who meets his impossible standards—until Cecelia Sanford becomes the first woman to interrupt the widower’s brooding in years. Lind had returned home from the Napoleonic wars, broken in body and soul and longing for his wife’s embrace, only to find her changed. Before they could reconcile, an accident struck their son and claimed her life. Now enter Cecelia, with her soft curves and sharp tongue—a tempting distraction, it is true, but not a welcome one.

Past the usual marrying age and haunted by a scandal of her own, Cecelia soon finds herself caring for both the child and the man. The viscount is brittle and even abrupt at times, yet she cannot deny the attraction that stirs her body in his presence. Moved by the deep sense of abandonment that tortures his soul, Cecelia aches to fully awaken Lind’s heart from its rancorous slumber—if she can just keep their pasts from destroying a second chance at love.

Excerpt
Lind watched Cecelia glide out the door with his housekeeper. The girl didn’t so much walk as sway. Her hips swung from one side to the other, and her skirt moved in time, brushing at the hints of delectable curves beneath the faded muslin.
Cecelia bloody Sanford, all deep, sparkling black eyes, dark brown curls, and vivid smile. The last person he ever expected to land on his doorstep and beg an interview as his governess. He shouldn’t accept her for several reasons, the first and foremost among them, his supposed friendship with her brother. That alone ought to drive him to send her packing.
Lind, however, could hardly say where he stood with her brother these days. Not after everything that had happened. Not after the stilted conversation in his carriage in that damnable village back in June, the one where he nearly let on about his plans for Battencliffe. If he was at all perceptive, Sanford would have surmised something had gone patently wrong between his two old schoolmates. Perhaps he was curious enough to send his sister to fill a position and find out what she could.
Which brought him back to Cecelia and the matter of her lying. Not that he knew for certain she was, but she was definitely hiding something. Perhaps it was simply her brother’s instigation behind her presence in his home, but perhaps it was more than that.
He leaned back in his chair and drummed his fingers on his desk. Since his return from the war, circumstances had put him at distinct odds with so-called polite society, enough that he ignored the doings of the ton as much as possible.
But, damn it all, a girl like Cecelia ought to have married long since. She drew attention to herself with her throaty laugh and hands she could never keep still. She draped herself in a certain air, one that proclaimed she loved life for the pleasures it brought her, one that attracted gentlemen’s attention. She’d certainly managed to reach out and capture his notice the instant she waltzed into his study.

Author Info
Ashlyn Macnamara is the author of What a Lady Craves, A Most Devilish Rogue, and A Most Scandalous Proposal. She lives in the wilds of suburbia outside of Montreal with her husband and two teenage daughters. When not writing, she looks for other excuses to neglect the housework, among them knitting, reading, and wasting time on the Internet in the guise of doing research.