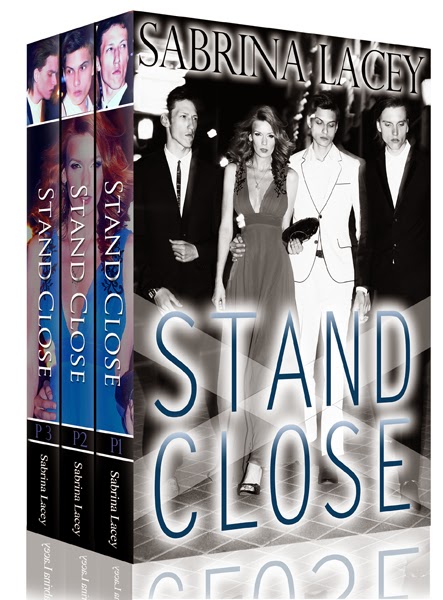 Money. Lots of it. Fifty million dollars left to her by a father she didn't know she had.
But that money comes with a price: Jack and Sean Stone. The Stone Brothers were just a couple gorgeous, unattainable faces on magazines up until yesterday morning when one of them shows up on Rue's doorstep, drunk and royally pissed off. Jack's growl, "You'll be hearing from my lawyer," sends a jolt of shock to Rue's system that ricochets into a whole new life. One Jack doesn't want her to have.

Rockstar Alec Gabriel is the Stone Brothers best friend. Has been since childhood. Their bond needs no words. So when Jack suggests he make his newest target for heartache his new "secret sister" Rue Calliwell, Alec signs on out of curiosity, not expecting that meeting her will be the biggest challenge he's ever known. 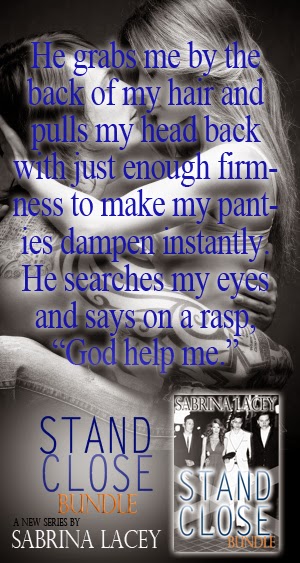 Excerpt
The elevator doors open to my left. My stomach jumps out the top of my head and splats on the ceiling as Jack and Sean Stone walk out, each with one hand in the pocket of their tailored slacks, mirroring each other, and both looking at me. Jack sneers, his jawline taut and his light green eyes cutting a path through my heart, which is pounding and stopping, and pounding some more. I gulp and move focus to his brother who’s only slightly less intimidating with softer, curious blue eyes, the same nose, sandy brown hair styled perfectly, and a slender, more graceful frame. I don’t say anything as they pass me to stop at the receptionist’s desk. Sean throws a glance over his shoulder, checking me out as Jack says, “Mary, you look gorgeous. Tell him we’re here, will you?”
She all but falls out of her chair for him. And gorgeous she is not, so instantly I find him charming and wish I were on the receiving end. Why does he hate me so much? It’s like I’ve killed his dog or something. Who are these people? And why do they want to see me?
Sean strolls over, holding out his hand. “I’m Sean. You must be Rue.”
I stand up and my dress hitches on my thigh, demanding a hasty fix. Blushing at my moment of gracelessness, I hold out my hand and shake his a little too firmly. “Yes, that’s me. Hi. I didn’t know you’d be here today. Either of you. I don’t know why I’m here either, actually. I don’t know what this is about. And I’m blabbering. It’s nice to meet you.”
Sean’s smile is polite, his eyes a little cold. “Nice to meet you, too.”
“My ass it is,” Jack mutters loudly.
The large oak door opens and a man appears. He’s ancient, with gray hair sprouting all over the place. His body is tiny, as are his hands. His smile says he’s seen it all, and he probably has. Even the invention of fire. “Ah, we’re all here. Come!” He turns and walks back inside his office, leaving me staring after him. Sean touches the small of my back in a comforting way. “After you.” I look up at him and nod, but my feet aren’t having it. “It’s okay,” Sean says.
Jack walks in, shaking his head at the whole situation. “Can you believe this?”

Author Info
I love real-life heroes, strong, flawed men and women, and Chocolate Malted Crunch ice cream. Sometimes in that order. If you're just now finding my books, pour a nice glass of wine, and enjoy the ride. (Mmmm…I like wine, too.)