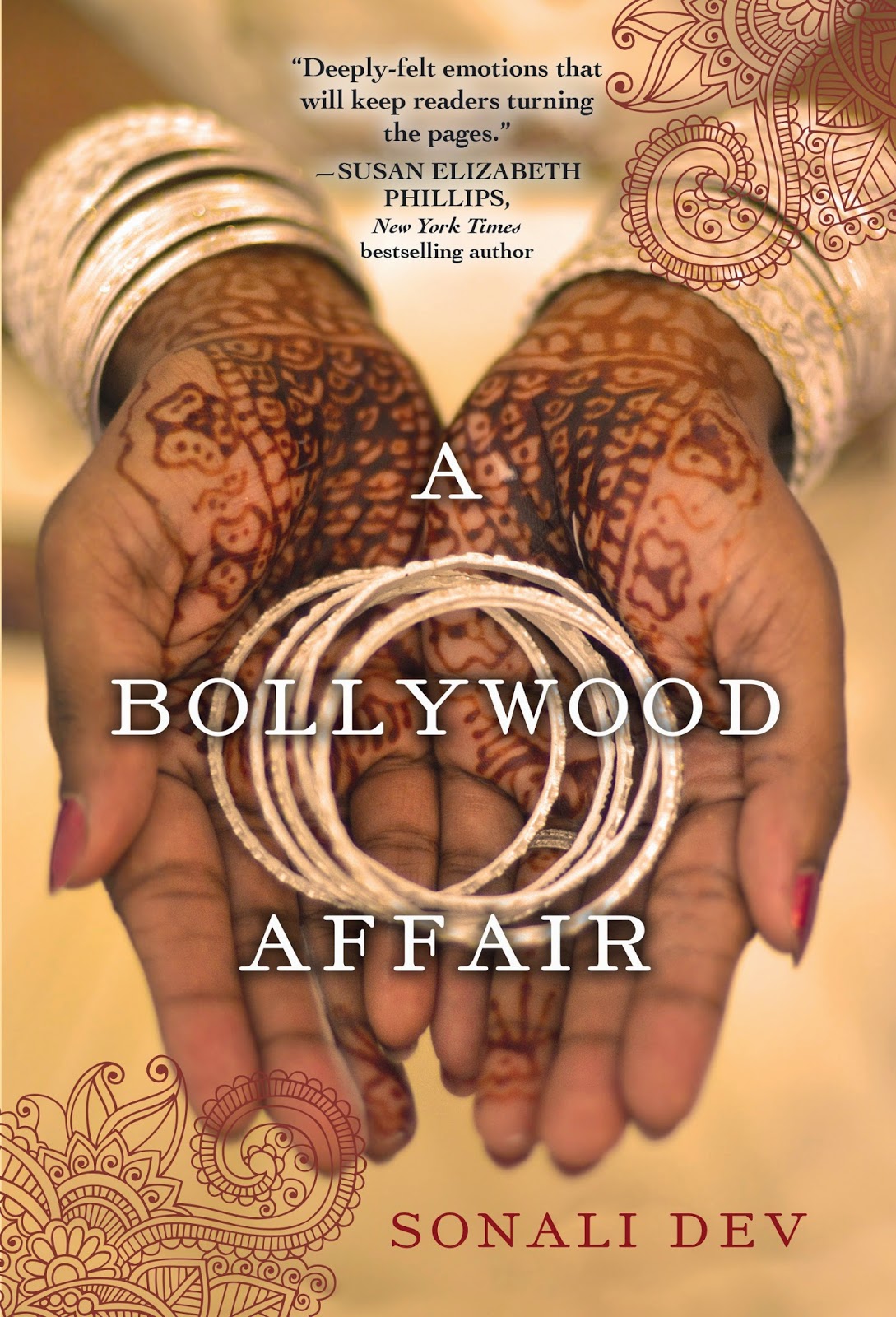 Mili Rathod hasn’t seen her husband in twenty years—not since she was promised to him at the age of four. Yet marriage has allowed Mili a freedom rarely given to girls in her village. Her grandmother has even allowed her to leave India and study in America for eight months, all to make her the perfect modern wife. Which is exactly what Mili longs to be—if her husband would just come and claim her.

Bollywood’s favorite director, Samir Rathod, has come to Michigan to secure a divorce for his older brother. Persuading a naïve village girl to sign the papers should be easy for someone with Samir’s tabloid-famous charm. But Mili is neither a fool nor a gold-digger. Open-hearted yet complex, she’s trying to reconcile her independence with cherished traditions. And before he can stop himself, Samir is immersed in Mili’s life—cooking her dal and rotis, escorting her to her roommate’s elaborate Indian wedding, and wondering where his loyalties and happiness lie.

Heartfelt, witty, and thoroughly engaging, Sonali Dev’s debut is both a vivid exploration of modern India and a deeply honest story of love, in all its diversity.
Advance Praise for A Bollywood Affair:

“Sonali Dev is a fresh new voice in romance. A child bride who’s all grown up, a sexy Bollywood director, and deeply-felt emotions that will keep readers turning the pages. A Bollywood Affair has it all.” –Susan Elizabeth Phillips, New York Times Bestseller

“Deeply romantic and emotional, with characters I fell in love with, A Bollywood Affair is simply unputdownable. It’s sexy, it’s dramatic, but most of all, it’s a sweet, hot love story that made me sigh and smile and want to read it all over again as soon as I turned the last page.” -Nalini Singh, New York Times Bestseller


Mili was in the middle of peeling the wrapper off her last remaining chocolate bar when she heard the knock. She took a quick bite and put the rest of it back in the empty fridge. Her stomach growled in protest. She hadn’t eaten anything all day. There were some noodles from Panda Kong in the fridge but she needed those for dinner.
Who could be knocking on her door? No one, and she meant no one, had ever knocked on that door in the four months that she had lived here. Except that one time those Jesus Christ people had stopped by and tried to give her a Bible. Another forceful knock. Too forceful. The Bible people had been too polite to knock this hard. Something about that knock made her defenses bristle.
It couldn’t possibly be Ridhi’s brother, could it? Ridhi had said they’d send him first.
Another knock.
Oh Lord. Oh Ganesha. Oh Krishna. What now? Ridhi was gone only about half an hour. If Mili let anything slip they would find Ridhi and Ravi before they got away. A complete tragedy-style ending to their love story. Mili could never let that happen. Never. Never.
She tiptoed to the door.
“Hello? Anybody there?” A deep, authoritative man’s voice shouted from the other side. A deep, authoritative Indian man’s voice. She looked through the fuzzy peephole. All she saw was a blurred outline of a large figure. Oh. Lord. She tiptoed backward and tripped over the shoes she’d left in the middle of the floor, and landed on her bum with a thud, knocking over the lone chair that stood in the middle of the room. Oh no, she had probably broken the one piece of living room furniture she owned.
“Hello?” the voice called again, sounding a little confused. He’d heard her. Oh Lord. She hurried to the balcony. No way was she going to be the reason for Ridhi taking on her monosyllabic-slash-near-suicidal avatar again. She leaned over the white spindle railing and saw her new bike on the bike rack just below her. It wasn’t much of a jump. Just about seven feet to the grassy mound below. She jumped.
She landed on her feet and then toppled headlong into her bike, which in turn crashed into the three other bikes next to it. Metal tore through her shirt and jabbed her shoulder. The crash made her ears ring. “Shh,” she hissed at the bike she was lying on and tried to straighten up.

Samir heard a loud crash. He ran to the open stairwell and leaned over the railing. Some sort of crazy creature with the wildest mass of jet-black curls was dusting herself off and trying to grab a fluorescent yellow bike from a jumbled heap. Was she stealing it? In her rush to pry it free she stumbled backward and her eyes met his. Something in the way she looked at him set alarm bells gonging in his head. His eyes swept from her panicked stance to the low-hanging balcony. Had she jumped? Damn it.
“Hey! Wait a minute. Are you Malvika?” he yelled at her.
Her eyes widened to huge saucers, as if he’d accused her of something truly heinous. Was she crazy? She had to be because before he knew what to do next she yanked the bike free, hopped on it, and took off as if he were some sort of gangster chasing her with a gun.
He ran down the stairs, taking almost the entire flight in one leap, and saw her desperately peddling away from him. The rickety piece of shit she was riding wobbled and teetered, looking even more unstable than she did. She turned around and gave him another terrified glance. What was wrong with the woman? Just as she was about to turn away again the bike’s handle jerked at the most awkward angle as if it had a mind of its own and she went hurtling into a tree at the end of the street.
“Holy shit!” He ran to her.
By the time he got to her she was lying on her back, her butt pushed up against the tree trunk, her legs flipped over her head like some sort of contortionist yoga guru and the bike intertwined with her folded body. Through the tangle of hair, limbs, and fluorescent metal he heard a sob and a squeak.
“Hello? Are you all right?” Leaning over, he lifted a long spiral lock off her face. It bounced against his palm, soft as silk.
One huge, almond-shaped eye focused on him.
“Teh thik to ho?” he repeated in Hindi. He had no idea why he’d spoken it or why he had used that rural dialect he now used only with his mother, but it just slipped out.
The tangled-up, upside-down mess of a girl, looking at him from behind her legs, literally brightened. There was just no other way to describe it. Her one exposed eye lit up like a firework in a midnight sky. He pushed more hair off her face, almost desperate to see the rest of that smile.
“You can speak Hindi,” she said, her surprisingly husky voice so filled with delight that sensation sparkled across his skin.
For one moment the almost physical force of her smile and the uninhibited joy in her voice stole his ability to speak.
She squinted those impossibly bright eyes at him. “Sorry, is that the only line you know?”
“What? No, of course not. I know lots of lines.” Wow, that must be the stupidest thing he’d ever said in his life. 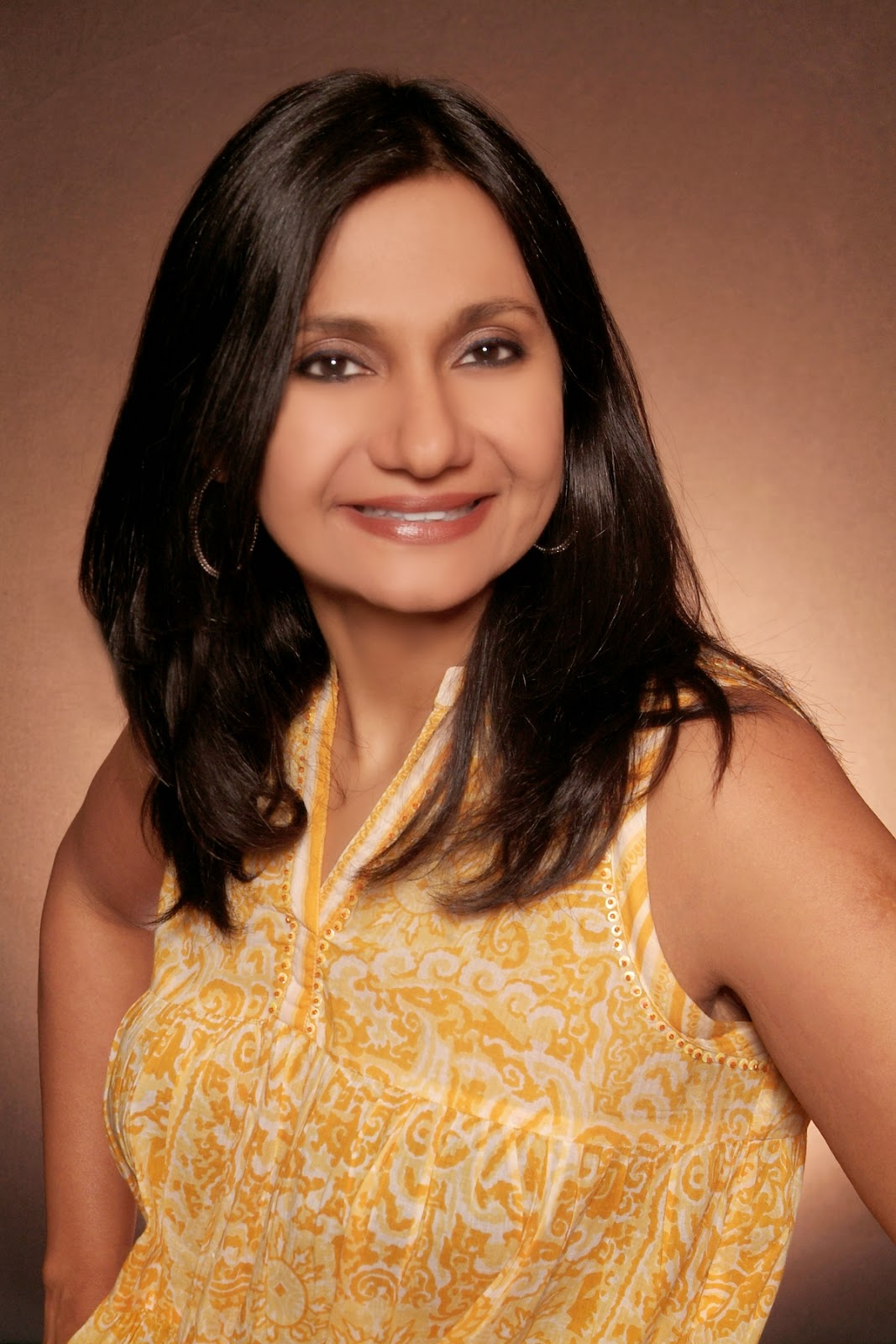 Sonali Dev’s first literary work was a play about mistaken identities performed at her neighborhood Diwali extravaganza in Mumbai. She was eight years old. Despite this early success, Sonali spent the next few decades getting degrees in architecture and writing, migrating across the globe, and starting a family while writing for magazines and websites.
With the advent of her first gray hair her mad love for telling stories returned full force, and she now combines it with her insights into Indian culture to conjure up stories that make a mad tangle with her life as supermom, domestic goddess, and world traveler.
Sonali lives in the Chicago suburbs with her very patient and often amused husband and two teens who demand both patience and humor, and the world’s most perfect dog.