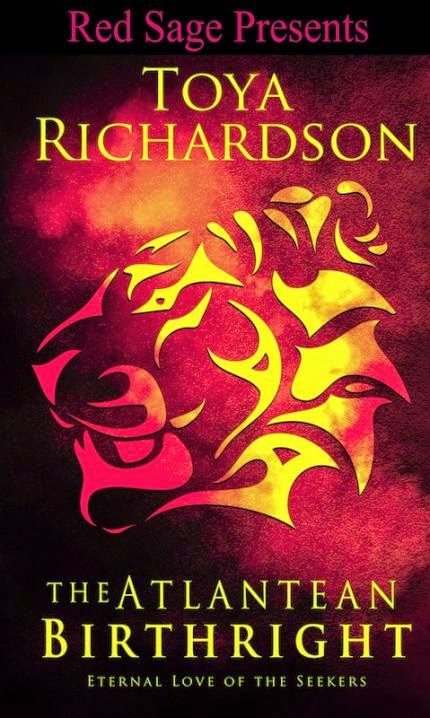 Blurb
Freya Anders is ready to kill Dieter Yong and nothing is going to stop her, because ten years ago he callously murdered her parents. She is immortal; a descendant from Atlantis with precious gifts. It was her powers the Atlanteans were after that fateful night.
Allowing her grief and rage to consume her, she falls into a trap set by Dieter. When sexy, charismatic, Armand De Silva comes to her rescue, she is livid. Is her fury because Dieter survived, or because of the way she’s drawn to this stunning Atlantean?
When their slow burning desire for each other reaches boiling point, they must decide whether they have the strength to deal with their emotions and trust again. As Dieter launches his plan for revenge, can Freya find the courage to rescue Armand from certain death? 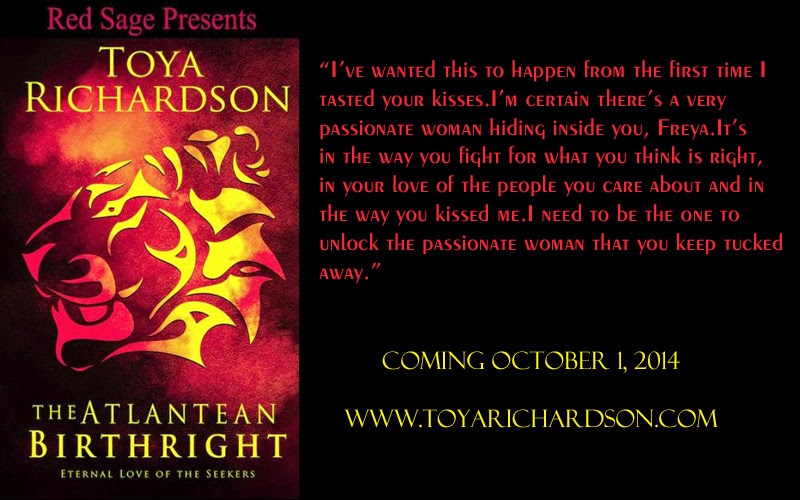 Excerpt
She stood with her hands on her hips, a defiant look in her eyes. Armand hid the smile on his face; her stance was that of a cornered wild animal ready to pounce. He sauntered over to stand in front of her. His eyes locked with hers, ice-blue on liquid- amber. He noted that dark brown bubbles appeared amidst the golden color the more agitated she became. She never took her eyes from his. The only outward sign of her nervousness was the way her tongue darted out and moistened her dry lips.
Armand found that simple act appealing. Her lips were full, just ripe for kissing. He imagined his mouth locked with hers, their tongues duelling fervently. A vision of them lying naked on his bed, in a state of post-coital bliss entered his head. He took in a deep breath, knowing he could not allow such dangerous thoughts to creep into his mind. But it was hard, he knew she was a seasoned fighter, he also realised she was vulnerable and had seen far too much violence in her short life.
“Freya,” he whispered the words to her, “believe me, I know how you feel. You’re not the only one who has suffered at the hands of Global Innovations. Phoenicia Coeur and her followers have much to answer for. But you’re being driven by revenge, it’s making you blind to the danger you place yourself in. If you want to strike at them, you need to be prepared and trained for such an event. At the very least, you have to know how to keep a lid on your anger.”
Freya ran a shaky hand through her deep auburn curls; the act was one of frustration. To Armand, it was a very innocent but sexy move, one which sent heat straight to his groin. Oh how he’d love to bury his face in her hair and breathe in her scent. Jesus, what the hell was the matter with him? He hadn’t had these kinds of feelings around a woman for years!
“I am not a child. I’ve taken out several of their operatives, both human and Atlantean rogues. Just let me go so I can kill Dieter and then I promise to hand myself over to the care of the Seekers. And by the way, what is your name?”
“I am Armand De Silva. For many centuries I have assisted in the training of those of us with Atlantean blood. My title is guardian and along with other guardians, we go out to locate those of Atlantean heritage before the likes of Dieter get to them. I am to help you understand the gifts you’ve been given.”
He held out his hand to her. Freya looked at it as if it was a deadly weapon. Her gaze travelled from his hand and back to his eyes. Her eyes narrowed and she pushed past him. He got the feeling she felt threatened by him and maybe something more.
Prowling around the room, she looked as if she sought a door to escape through. He got the feeling that she wasn’t about to let a man tell her what to do, especially when she didn’t know anything about him. He could see the defiance in her expression and then the air in the room began to shimmer. She was about to call her powers to her. Her essence was one of the most powerful he’d ever felt. Before he could stop her, she’d summoned her chameleon and headed for the door.
Armand was one step ahead of her; he had Freya’s scent deep inside him now. As the door opened he lunged to where he knew her legs were and brought her crashing to the ground. So he didn’t hurt her, he rolled her over before she hit the floor.
Freya fought him like a wildcat as she reappeared in the room, kicking, biting and thumping Armand with all her might. He rolled her again so she was underneath him. He pinned her arms to the floor with one hand, while his legs held her body firmly beneath him. Feeling her writhing underneath his body started a raging desire inside him. How could he want a woman so badly after only just meeting her?
“Get, off, me!” She punctuated each word through gritted teeth. He could almost feel the anger rampaging through her.
“I will get off you, if you promise not to try that stunt again. I don’t want to hurt you, but I will render you unconscious and take you over my shoulder to the Seekers headquarters. I’m sure you don’t want me to do that do you?”
Freya stopped struggling and looked up at him with unrestrained fury in her expression, her breathing was ragged and her cheeks were deep crimson. Armand found his heart was thudding in his chest. It took all his effort not to dip his mouth down to hers and kiss that angry look right off her face.
Armand noted the change in her behaviour. He suddenly realised that she was probably reliving the experience of watching her parents suffer at Dieter’s hands. Having her trapped in this matter would only make things worse for her. He slowly let her arms go and rolled away from her, giving her space. He offered her his hand and assisted her to her feet.
“I am sorry if I scared you, it was not my intention to cause you any alarm. All I want to do is see you safely to Paul. I know it is far too soon to even consider trusting me, but I can give you the training you need to bring Global Innovations, and Dieter Yong, to their knees. I’d never hurt you, you have to believe me.” 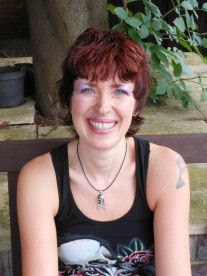 Although writing has been a big part of life for many years, it’s since 2009 that I’ve completed most of my work. Starting off with a romance/thriller, then fantasy and my most recent work, which is paranormal romance.
I grew up in Essex, but now reside in Suffolk – with my husband, grown up son and Masai the cat - where I work part time as an admin assistant. My other hobbies and interests include; reading, Formula One racing, darts, listening to music - mainly rock - cinema, live concerts, going to the theatre, keeping fit, gardening and holidays.