I have to say that I love Free Days. It's that one time that I don't know what my fellow Book Club Thursday Bloggers are doing!

For my free day I will be reviewing Sworn to Protect by Jo Davis! 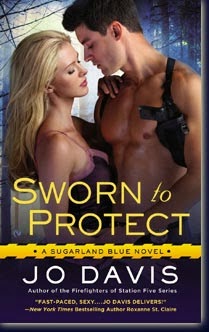 Sworn to Protect
by
Jo Davis

Sugarland loves their men in blue, especially Detective Shane Ford. But Shane’s mission to protect and to serve has just gotten personal.... Detective Shane Ford, Sugarland’s favorite cop, has been blindsided by the sudden death of his best friend, NFL star Brad Cooper, and by becoming the legal guardian of Brad’s son, Drew—a bitter, angry sixteen-year-old with a dangerous secret. Shane is determined to pry the truth from Drew, but he manages only to alienate him—and winds up going head-to-head with Juvenile Officer Daisy Callahan, whose job is to protect the teen’s best interests.Shane has always been drawn to Daisy’s beauty and strength, but he’s determined not to allow their intense attraction to interfere with his duty ever again. It’s a vow that will prove difficult to keep, as the realities of Shane and Daisy’s blossoming love and their growing bond with the grieving teen propel Shane headlong into danger for the new family he has sworn to protect.

I'm a huge fan of Jo Davis's series, Firefighters of Station #5 so there was no way I wouldn't read her new series,Sugarland Blue. Just so you know it's a cross-over series. Before you read this you might want to read her novella, "Armed and Dangerous" which is about Shane and Daisy. It's sort of the start of their relationship. It won't kill the story not to, but I do think it adds to it. You will find that you really like both Daisy and Shane. They are very likable characters and you will cheer for them throughout the story. You want them together! Poor Shane will have to go through so much in this story. He's dealing with the death of his friend and becoming a parent to a 16 year old isn't helping his stress level. Thankfully he has Daisy at his side. I totally believe your going to enjoy Sworn to Protect. If you are feeling adventurers I'd suggest you reading her firefighters too! You'll love them! If you've read either series I'd love to hear what you think of them. Happy reading! 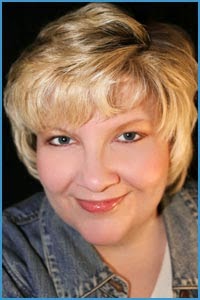 National Bestselling author Jo Davis is best known for her popular Firefighters of Station Five series written as Jo Davis, and her dark, sexy paranormal series Alpha Pack, written as J.D. Tyler. PRIMAL LAW, the first book in her Alpha Pack series, is the winner of the National Reader's Choice Award in Paranormal. She's also been a multiple finalist in the Colorado Romance Writers Award of Excellence, a finalist for the Bookseller's Best Award, has captured the HOLT Medallion Award of Merit, and has been a two-time nominee for the Australian Romance Readers Award in romantic suspense.


Jo's books regularly appear on the Neilson Bookscan, Barnes and Noble, BooksOnBoard, and Amazon bestseller lists, among others.


Jo is currently at work on the SUGARLAND BLUE series, a spin-off of her Firefighters of Station Five series, and her new contemporary romance novella trilogy TORN BETWEEN TWO LOVERS, which debuted in October 2013 with RAW. She's also publishing a new FBI series, ARMED AND DEADLY, set to debut with ONE LAST KISS, and is working on her Alpha Pack series as J.D. Tyler. Jo lives in Texas with her two grown kids, a cute Boston terrier, and two spoiled cats.

Please remember to stop by my fellow Book Club Thursday Bloggers and see what they are talking about today.

Stop by on October 16th when we are doing a giveaway. The giveaway is a secret for now. For us too!