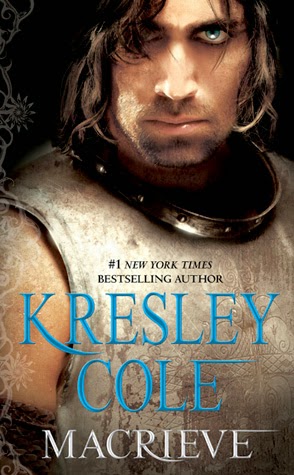 A BEAST IN TORMENT

Uilleam MacRieve believed he’d laid to rest the ghosts of his boyhood. But when a brutal torture revives those ancient agonies and destroys his Lykae instinct, the proud Scot craves the oblivion of death. Until he finds her—a young human so full of spirit and courage that she pulls him back from the brink.

A BEAUTY IN CHAINS

Seized for the auction block, Chloe Todd is forced to enter a terrifying new world of monsters and lore as a bound slave. When offered up to creatures of the dark, she fears she won’t last the night. Until she’s claimed by him—a wicked immortal with heartbreaking eyes, whose touch sets her blood on fire.

A FULL MOON ON THE RISE

With enemies circling, MacRieve spirits Chloe away to the isolated Highland keep of his youth. But once he takes her to his bed, his sensual mate becomes something more than human, evoking his savage past and testing his sanity. On the cusp of the full moon, can he conquer his worst nightmare to save Chloe . . . from himself?

If you haven't read one of Kresley Cole's paranormal's before make sure you start at book one, Each of the stories run almost at the same time so if you don't read them in order you really lose out on the big picture. But believe me when I say, they are worth it! This is a fantastic series with characters you won't be able to not love even when they are doing some very, very bad things. MacRieve is about Uilleam MacRieve. What a name, right? He is such a sexy man who really doesn't think much about himself and keeps blaming himself for all his past mistakes as a child. He will need a special woman to make him learn to forgive. Of course, the perfect woman is the most imperfect for him, or at least he thinks so. Poor Chloe Todd is thrown into a world that she had no clue was there until the minute it was thrown into her face. She must deal with the load of crap her father left her. You'll love both MacRieve and Chloe's journey to happiness. It's full of imperfections, but because of that it will make for a better long term relationship. I would love to know what you thought of MacRieve if you've read it. Happy reading!
Kresley Cole Review