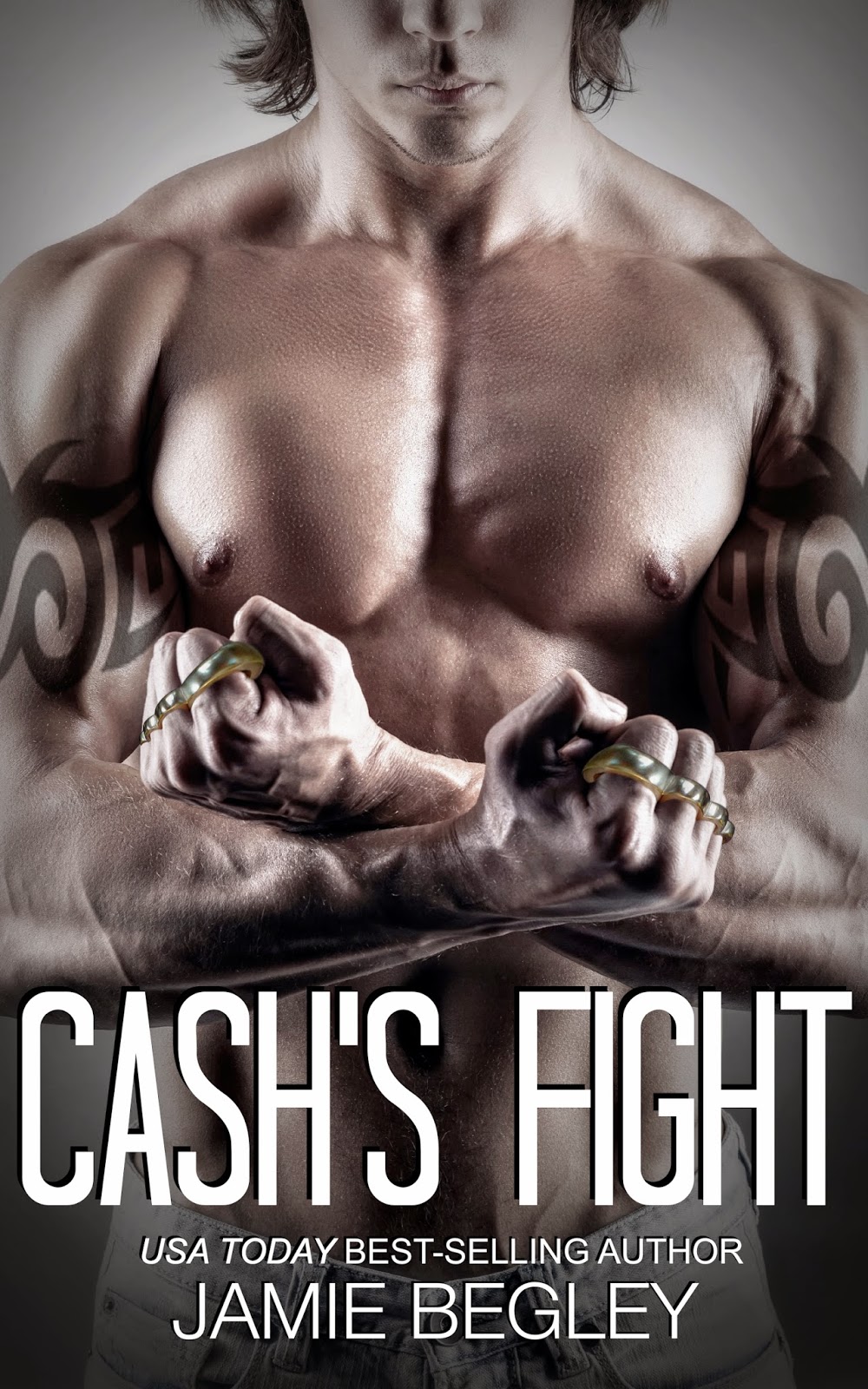 If it’s not broke don’t fix it.

That was Cash’s motto in life, and his life was perfect. He was living the life of the lieutenant of The Last Riders, and had women at his beck and call. The only thing he saw himself settling down with in the future was a twelve pack; certainly not Rachel Porter, who was on his short no fuck list. Hell, she wasn’t even his type—her tits were too small, and her mean mouth could shrivel a man’s dick. How was he supposed to know she was special and worth putting up with those weed-producing hillbillies? Or was she?

Rachel had lived her whole life watching Cash break one woman’s heart after another. He was everything she shouldn’t want; a bad boy biker with enough sex appeal to make any woman want a night in his bed. Even her. Heck, he wasn’t even her type—he didn’t know when to keep his mouth shut, and he lived in a sex club. How was she supposed to know that he was special and worth putting up with the biker wars and biker bitches? Or was he? 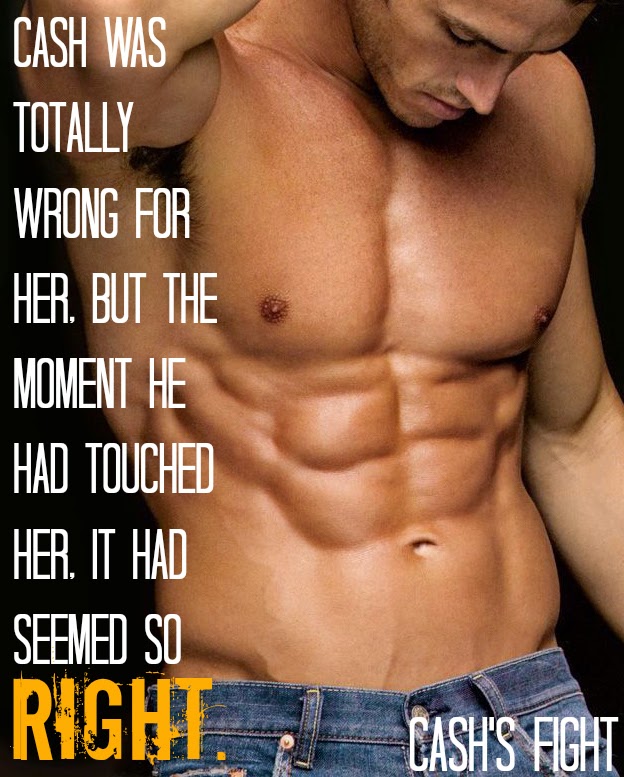 “Jared bother you anymore?” he questioned, ignoring her sharp reply. Rachel was beginning to feel immature at her snippy responses.
“No, I haven’t seen him since that night.”
“If he comes near you again, call me.”
“I don’t need your protection, Cash. I can handle him, and if he tries to touch me again, I’ll tell my brothers.”
“If he tries to touch you, you won’t have to,” Cash said grimly.
Rachel decided to ignore his remark when she saw the frantic looks Holly was throwing her.
“Is something wrong with her neck?” His amused expression had Rachel wanting to smack him upside his smug face.
“I think she wants to get out of the water.”
“Then tell her to get out.” Cash sprawled back lazily in his chair, fixing his avid gaze on Holly.
“Go inside, Cash. She doesn’t feel comfortable getting out with you here.”
“Pity.”
A streak of jealousy curled in Rachel’s stomach at his disappointed expression. She hid her reaction by calling for Logan.
“Come on, Logan; it’s time to get cleaned up.”
Cash set his glass down on the table, lithely standing to his feet. “I discovered something new today.”
Rachel wrapped Logan in the towel, drying him off. “What?” she replied, becoming irritable at him for his delay in leaving. She was beginning to feel sorry for Holly, easily understanding her body image issues.
“That you’re all grown up.”
Rachel’s head snapped in his direction, expecting to see the same amused expression he always wore around her, as if he was putting up with a misbehaving child. However, his sleepily seductive gaze was on her butt.
“Kiss my ass, Cash.”
“Rachel, believe me, that’s one sentence you don’t want to use around a man.” With that, Cash strolled back inside the house, leaving her openmouthed at his comment.

“I was born in a small town in Kentucky. My family began poor, but worked their way to owning a restaurant. My mother was one of the best cooks I have ever known, and she instilled in all her children the value of hard work, and education.
Taking after my mother, I’ve always love to cook, and became pretty good if I do say so myself. I love to experiment and my unfortunate family has suffered through many. They now have learned to steer clear of those dishes. I absolutely love the holidays and my family puts up with my zany decorations.
For now, my days are spent writing, writing, and writing. I have two children who both graduate this year from college. My daughter does my book covers, and my son just tries not to blush when someone asks him about my books.
Currently I am writing four series of books- The Last Riders, The Dark Souls, The VIP Room, and Biker Bitches series. My favorite book I have written is Soul Of A Woman, which I am hoping to release during the summer of 2014. It took me two years to write, during which I lost my mother, and brother. It’s a book that I truly feel captures the true depths of love a woman can hold for a man. In case you haven’t figured it out yet, I am an emotional writer who wants the readers to feel the emotion of the characters they are reading. Because of this, Teased is probably the hardest thing I have written.
All my books are written for one purpose- the enjoyment others find in them, and the expectations of my fans that inspire me to give it my best. In the near future I hope to take a weekend break and visit Vegas that will hopefully be this summer. Right now I am typing away on my next story and looking forward to traveling this summer!”

I’m Nicholas Brooks.
Everyone thinks I’m a nice guy, a local fighter who plays by the rules.
I’m not.
I killed someone when I was sixteen.
The women love me, but I use them.
All except Ria.
However, to have her, I’ll have to fight for her.
The pit isn’t for wimps, either. No rules—get the KO.
To earn redemption, there is always a price.


Even if I win, I lose. Because Ria just might be the price I pay.

Cathryn Williams is the oldest and only female in a family of four children. While born on the east coast, she has lived all over the country. Her father’s job as an engineer caused the family to move throughout her entire youth. She has spent time in Texas, Idaho, and Nevada before moving back to the eastern part of the country as an adult.
It was during these early years that her love of literature began, starting with Nancy Drew and growing with the Sweet Valley High series stories. This passion grew with each book and has caused her to transition into writing her own stories. Cathryn’s inspiration stems from a diverse childhood, loving family, and oversized lapdog Scarlet. When not giving life to her characters, she enjoys traveling, marathoning TV shows, and spending time with her family.