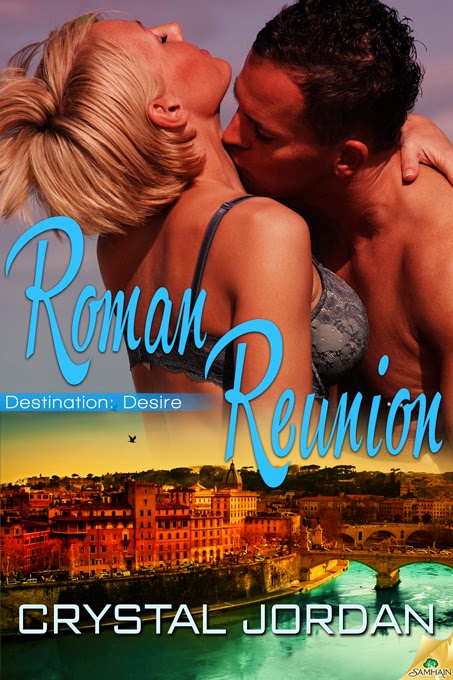 Blurb
Karen Patton’s life is falling apart. She signed divorce papers, quit her job, and moved back to her hometown into an apartment that couldn’t feel less like home. With two weeks of free time before she starts work at the Half Moon Bay Public Library, she’s crawling the walls, trying desperately not to miss the man who chose his career over her.

When an old college friend invites her to Italy for an impromptu wedding, she jumps at the chance to focus on something other than her own misery.

Tate Patton is doing his best to ignore the divorce papers that just landed on his desk. A rational, reasonable man would sign and be done with it. Instead, he seizes upon a wedding invitation to do something completely impetuous—ignore the papers and fly to Rome.

When they lay eyes on each other, the sparks fly as hot as the first time they met. Maybe the more mature versions of themselves can fix what’s broken. Their love is too strong not to try…

Excerpt
Karen had forgotten how vibrant the city was, especially the narrow, sloping alleys that made up the Trastevere rione where she’d gone to college and where Valentina and Gio still lived.
Karen had always loved it here. The rush of cars at a breakneck speed they’d never dare in America, the mass of people from all over the world who’d come to visit, the historic architecture, museums, and monuments. She dragged in a breath…and the tantalizing aroma of Italian food hit her nose. There was a restaurant on the bottom floor of Gio and Valentina’s building. Karen’s mouth watered, her stomach growled, and she was forcefully reminded that it would be breakfast time if she were in California. A nine hour time difference could really mess a body up.
Her old friends lived on the top floor, so Karen had stepped outside on the balcony to escape the wedding preparation madness. She was fairly certain every single female relative of Valentina’s had managed to cram themselves into the apartment. And they were loud and boisterous and happy. But mostly loud. Propping her elbows on the railing, Karen looked out over the skyline. A thousand different levels of rooflines, a few cathedral duomos, and she could just see the Vatican peeking between some of the buildings. So different from what she was used to.
A wave of laughter spilled out of the apartment, and she glanced back with a grin. They were a nice family—one who’d welcomed her for every holiday during the year she’d spent in Rome. Glancing at her watch, she saw it was well past time when she could check into her hotel.
It took her another half an hour to say goodbye to everyone because they all insisted on a hug and a kiss from her, told her how beautiful she was, how much they liked her new hairstyle, insisted she come back and join them for dinner. Finally, Valentina laughed, grabbed Karen’s elbow and thrust her out the door or she might never have escaped. She was still grinning when she hit the bottom of the staircase and entered the lobby.
And slammed into someone trying to go up the stairs. She stumbled back, an apology on her lips, but it never formed as her gaze collided with her soon-to-be-ex-husband’s.
“Tate,” she said faintly, falling back another step. “Wh-what are you doing here?”
The flash of utter shock on his face told her he’d had no idea they would both be in Rome either. He cleared his throat and shrugged. “The same thing you are, I’d imagine. Attending an old friend’s wedding.”
There was no way he’d had any more notice on the invitation than she’d had, which meant he’d done something spontaneous for the first time in years. She crossed her arms. “You dropped everything, just like that? You?”
He snorted. “Got one too many calls from Dad the night Gio invited me, so I ran away from home.”
The mere glimmer of a smile crossed her lips. “About time.”
Shaking his head, he huffed out a laugh. His gaze flitted over her. “You changed your hair.”
“Yes.” She flicked the tips with her fingers. “A new look to start my new life. I like it.”
He winced. She tried not to cringe because, really, she hadn’t meant to rub his face in it. It was just the standard response she’d come up with every time someone asked why she’d cut it.
Then there was an awkward moment where she had no idea what to say. She hadn’t expected to see him, didn’t have a list of banal conversational topics ready to save her from uncomfortable silences. “Uh…okay.” She glanced aside. “I need to go check in to my hotel. I, um, guess I’ll see you at dinner tonight.”
“Yes.” He let her get halfway across the lobby before he called out. “Out of curiosity, which hotel are you staying at?”
“The Gianicolo.”
“Me too.” An ironic smile tilted up one corner of his mouth. “Giovanni recommended it to you too, huh?”
She pressed the tips of her fingers against her temple and rubbed at the building pain. “I may have to murder him.”
“Not if I beat you to it.” A muscle ticked in his jaw, and he waved her off. “See you at dinner.”
“Bye.”
Then they went their separate ways. As usual. 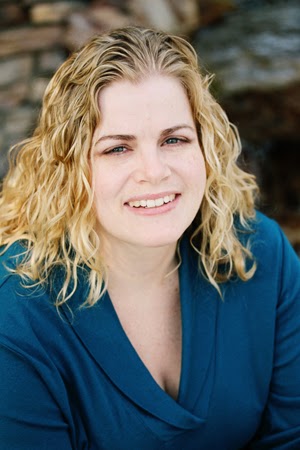