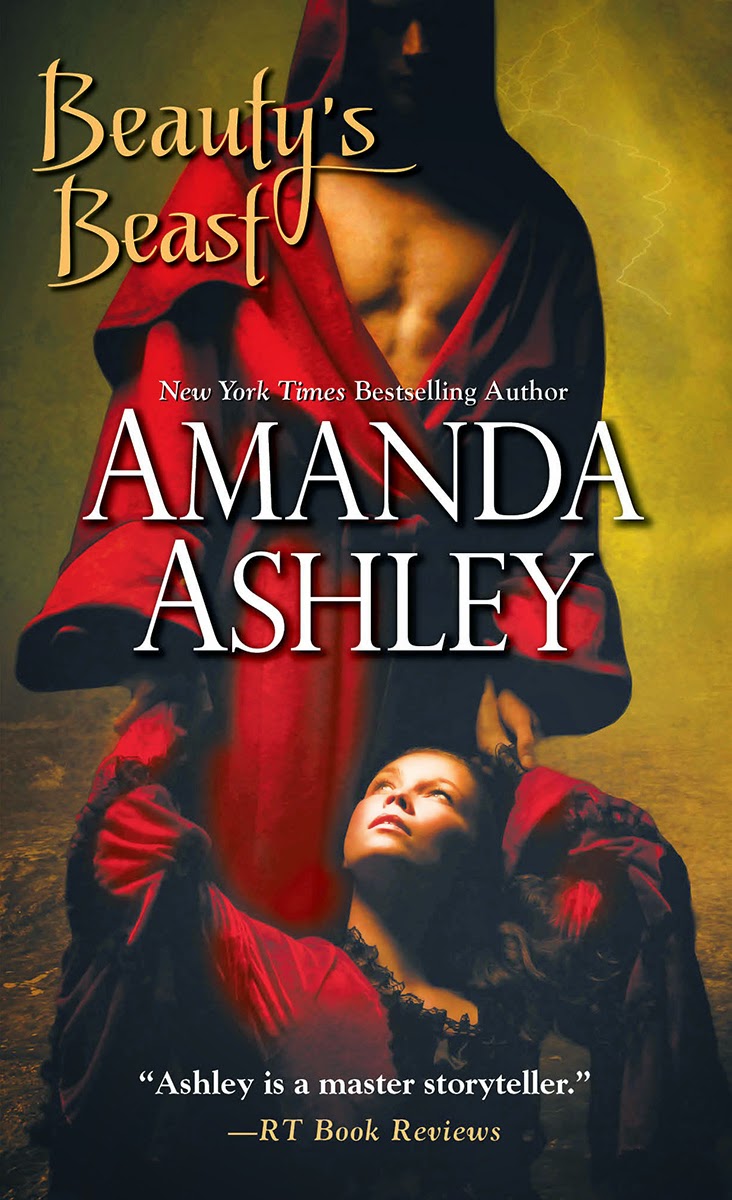 Fair of face and figure, Kristine is young, innocent, pure. Yet she has been condemned to the gallows for killing a man. The only one who can save her is a lord so infamous that some say he is the son of the Devil himself…

Erik Trevayne is called the Demon Lord of Hawksbridge Castle, but few know of the curse he lives under. Or the terrifying changes slowly gnawing away at his humanity. When he weds her, all he wants of Kristine is a son. But when he beds her, a wild hope is born—that love that can tame even the most monstrous of beasts...

Erik Trevayne, seventh lord of Hawksbridge Castle, stood at his wife’s bedside. He watched in quiet
horror as she strained to bring their firstborn child into the world.
His wife’s mother, Charmion du Lac, the witch of Cimmerian Crag, stood across from him, her gaze
fixed on the midwife.
“Erik.” Dominique reached for his hand, her body convulsing with pain as the life slowly ebbed from
her body. “Erik . . .”
The sound of her anguished cries rose to a crescendo, slashing through the dimly lit bedchamber like lightning through storm-ravaged clouds, leaving a great gaping hole of silence when, with her last feeble breath, she expelled the tiny wrinkled infant from her womb.
A low moan, rife with a sorrow so deep it would never heal, issued from Charmion’s lips. Stunned, he watched the tall, dark-haired woman grasp her daughter’s limp hand as if, by the sheer force of her indomitable will, she could restore Dominique’s life.
Erik’s gaze moved to the midwife as she quickly cut the cord.
“The child?” he asked hoarsely. “Does it live?”
Slowly, the midwife shook her head. “I am truly sorry, my lord.” After wrapping the infant’s body in a
piece of sheeting, she placed it on the foot of the bed. “There’s naught I can do.”
Bowing to the lord of the manor, the midwife backed out of the chamber, afraid, as were so many others, to turn her back on the witch.
Charmion lifted her head to regard the man standing across from her. “I warned you, Trevayne,” she said with quiet menace. “You should have listened.”
“You cannot blame me for this, Charmion.”
“I can, and I do.”
“It was not my fault!” He shook his head in denial even as he accepted it for the lie it was.
“I begged you not to marry my daughter. I warned you she was not strong enough to give you an heir.” Charmion lifted the stillborn child from the bed and cradled the shrouded infant in her arms. “But you would not listen . . . you would not listen! And now my daughter is dead, and her son with her.” She stroked the infant’s head. “You should not have planted your seed within my daughter’s womb.”
“It was what she wanted.”
“It was what you wanted!”
“No.” He had never wanted to marry, never wanted to be the lord of Hawksbridge Castle. For as long as he could remember, he had dreamed of dedicating his life to the priesthood, of losing himself in the silence and serenity of cloistered walls. But then his brother, Robert, the rightful heir to the estates, had been killed in a hunting accident and the title had fallen to Erik. It had been his father’s dying wish that Erik marry Dominique du Lac and sire an heir to continue the family name. Stricken with grief, hoping at last to win his sire’s favor, Erik had knelt at his father’s bedside and sworn to do as he wished.
Charmion had vigorously opposed the marriage, but for the first time in her life, Dominique had defied her mother to marry the man she adored. At Dominique’s sweet urging, they had been married in
secret. She had conceived within the first month.
“Look at me, Trevayne.”
Unable to resist the power in Charmion’s voice, he looked up, felt himself impaled by the hatred blazing in her witch-black eyes. Her heated gaze trapped his, holding him immobile so he could neither move nor look away.
“A rutting beast you were, a beast you will become. Not all at once, my selfish one. Day by day, the change will come upon you, until you have suffered for every tear my daughter wept, for every drop of blood she shed this day.”
“No!”
She nodded once. “As I have said it, so it shall be.”
“Is there to be no end? Your daughter’s pain is over, yet you would condemn me to a lifetime of suffering.”
Charmion placed the babe on its mother’s belly; then, sitting on the edge of the bed, she drew mother and child into the cradle of her arms. Bending, she kissed her daughter’s waxen cheek. “When Dominique
forgives you, so shall I.”
“Charmion, listen to me—”
But it was too late. With a wave of her hand, the witch was gone, Dominique and the babe with her, leaving him alone with his grief, while the ominous portent of the witch’s last words rang like bells of mourning in his ears.

Author Info
Amanda Ashley is one of those rare birds—a California native. She's lived in Southern California her whole life and, except for the earthquakes, she loves it. She shares a home with her husband, as well as an adorable Pomeranian named Lady, a wild house sparrow named Tweety, and a tortoise who remains nameless. Amanda and her alter ego, Madeline, have written 60 books. Not bad for someone who started writing just for the fun of it. Her books regularly appear on the New York Times and USA Today bestseller lists.