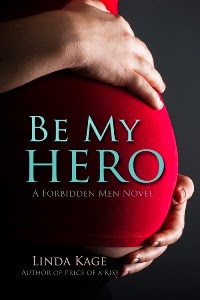 Eva Mercer’s a mess. She’s single, nineteen, seven months pregnant, and living off the good graces of her cousin. In the midst of a complete attitude overhaul—or at least trying to change—the last thing she wants to think about is men. She’s done with them. For good. Or at least she was until Pick.

For ten years, Pick Ryan has dreamed about this girl. He knows how she smells, what it’s like to hold her in his arms, how she tastes when he kisses her. But he’s never actually met her. He doesn’t even know her name. He just knows she’s the one. It’s his brand of luck that she would walk into the bar where he works on the very day he gets married to someone else.

Pick and Eva come from completely different worlds, and yet the connection they share draws them together too tightly to matter. Nothing can keep them apart—except maybe a three-month-old boy whose life depends on just that. And so, their love becomes forbidden.

“Does she need a blanket?” I asked when her tiny frame shuddered in her sleep as if she was shivering. “She looks cold.”
The nurse’s lips pinched with irritation. “She’s fine. But you really need to get back to your own room. They said you just got off dialysis yesterday. You don’t want to overdo it.”
I nodded as if agreeing, but answered, “Just a little bit longer.”
With a grumble, she spun away and stalked off. When I heard the phrase, “...typical single teen mother. Thinks she knows everything...” I turned and stared after her, watching the extra twenty pounds of weight on her waistline shift back and forth as she marched off in an angry huff.
I don’t know why I let her comment get to me. Maybe it was still pregnancy hormones swimming through my veins, the start of some baby blues, or normal insecurity issues of a typical new nineteen-year-old mom. But tears immediately filled my eyes. I turned back to my child, small and helpless, fighting for her life, and the floodgate opened even more.
What the hell did I think I was?
I’d gone into this with my usual fake confidence, thinking sure I could raise a kid. Millions of women popped out babies every year. Why would I have a problem with it? And look, I’d almost gotten Skylar killed.
I sobbed even harder, my chest heaving. I had to pull my hand free of Skylar’s incubator and bury my face in both my palms to muffle the gut-wrenching sounds so I wouldn’t wake her.
She was here, like this, because I was unfit, because
“Hey,” a cheerful voice interrupted my pity party. “Well, looks who’s up and out of bed already.”
He sounded so relieved and happy. I turned to look up at Pick. He stood in the doorway with the biggest grin and a pink gift bag dangling from his hand. When he saw my face, his smile dropped flat.
“What’s wrong? Skylar?” He dropped the bag as he hurried to the incubator.
The worry on his face warmed my heart and helped calm my tears. “No, she’s okay. Getting better every day.”
A heavy sigh escaped him as he set his hand on the clear plastic separating him from my daughter. “Thank God.”
I blinked, still in awe over how worried he’d been. “How did you get back here?” They hadn’t even allowed Reese into the NICU. She still had to look at Skylar through the window in the hall.
“Being a flirt comes in handy sometimes.” He finally turned to me and winked. “The nurses love me.” His grin was brief though. His worry returned almost immediately as he reached down to pluck me out of the chair. “Now what’re all these tears about? You’re looking better, by the way. The yellow skin and swollen face scared the shit out of me.”
I didn’t realize he was going to sit me in his lap until he was already settling me into place. I felt even younger, and stupider than I had when I’d started my crying jag. A silly little girl needing to sit on a nice comforting lap to get over herself.
“I don’t know,” I mumbled, wiping the drops off my cheeks and feeling lame. “I’m just so...overwhelmed.” Along with scared, worried, lost, unsure—ugh! What happened to the cocky Eva Mercer I’d been a year ago? I’d take a nice, big dose of her right now.
Pick chuckled and kissed my forehead, stirring up a nest of butterflies in my stomach. Or maybe it was the staples in the c-section cut that created such a sensation, except I really couldn’t feel much in that area. Awesome drugs and all.
Unable to help myself I plunked my head onto his nice, wide comforting shoulder. I mean, he was offering it. I couldn’t resist. And it felt good, so amazingly good to let someone hold me for a minute.

I grew up on a dairy farm in the Midwest as the youngest of eight children. Now I live in Kansas with my husband, daughter, and our nine cuckoo clocks. My life's been blessed with lots of people to learn from and love. Writing's always been a major part my world, and I'm so happy to finally share some of my stories with other romance lovers. 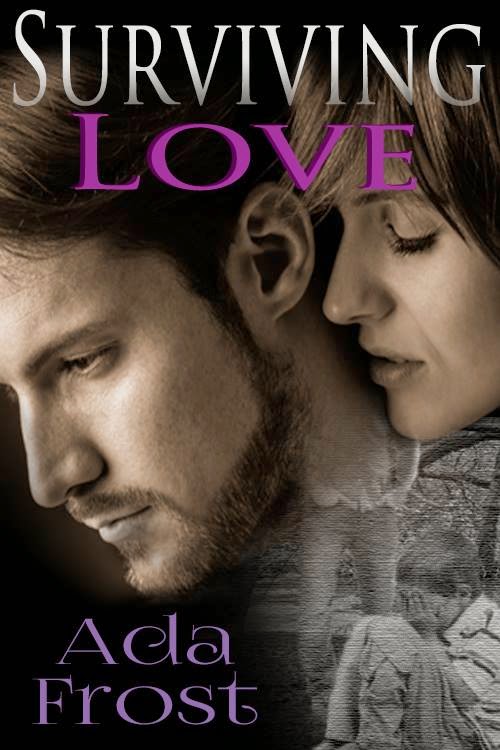 What do you do when you find out you’re pregnant, your boyfriend rejects you, your sister is beaten half to death and the most annoyingly gorgeous man takes up residence in your house? Well ladies, there is only one thing to do, pull up your big girl knickers and show the world your middle finger.

Louise Beaumont is renowned for her sharp wit, smart mouth and sassy personality. She comes out swinging in an argument, even when she’s wrong. But even some events in life can knock her on her arse. And fighting through the sludge of emotional pressure she’s had poured over her is taking its toll.

Johan Senior is broken. A man with a deeply traumatic past, shadows and monsters haunt his every waking hour. That is until a heavenly angel is sent in the form of a loud mouthed chestnut haired vixen, who threatens his manhood countless times. But his heart grabs onto her and refuses to let her go. The only problem is, his mind needs to allow him the pleasure of human touch, and to take that terrifying step of allowing someone into his heart.

Part of the Surviving series but can be read as a standalone novel.

“Louise Beaumont,” called the sonographer.
I looked up at her and then at the clock. I let out a shaky sigh hoping a fortnight worth of emotion wasn’t going to burst free right now. Darren had let me down, yet again. What hurt most, before I fell pregnant Darren was amazingly attentive. Sometimes a little too much; I know I can’t be pleased. But it was like a stranger popped into his place when I told him we were having a baby.
“That’s me,” I choked out and cleared my throat. I stood and grabbed my coat and bag. I started down the long hospital corridor toward the ward I knew Darren worked on. I was no more than 20 feet away, and he couldn’t even make the time to see our child. The door behind us burst open startling me. I turned to see a flustered Johan charging into the waiting area.
“Johan?”
“Darren left a message at home. He isn’t coming. So I came.” He bent at the waist and placed his hands on his knees panting for breath. “God, I’m unfit. Remind me to start back at the gym. I had to park at the back of beyond, and then I couldn’t find the right place to be. This place is like a fricking maze.” He straightened.
When I simply stood gawping at him, his cheeks reddened. “I don’t have to come in, I can wait here...I just didn’t want...I thought maybe you shouldn’t be alone.”
Tears stung my eyes but I refused to let them fall. I simply held out my shaking hand to him. He smiled and let out a relieved breath. Then he took my hand and we walked into the dimly lit room.

Author Info (Ada Frost)
Hi! What to say about myself...I don't really have anything interesting to offer other than I love to read, and create stories for others to enjoy. I've always been told I have a vivid imagination, I just lacked the confidence to pursue putting it onto the the written page. But finally I embarked on making a single dream come true.
I love to read, and write. I only read romance, any genre really, but it has to have a beautiful romance. I also demand a HEA, even if it takes two or three books to get there. Reality is too broken and jaded without having to live through the trauma and angst in a book for it to end unhappily.