Promo/Excerpt & Giveaway: The Cowboy and The Angel by T J Kline 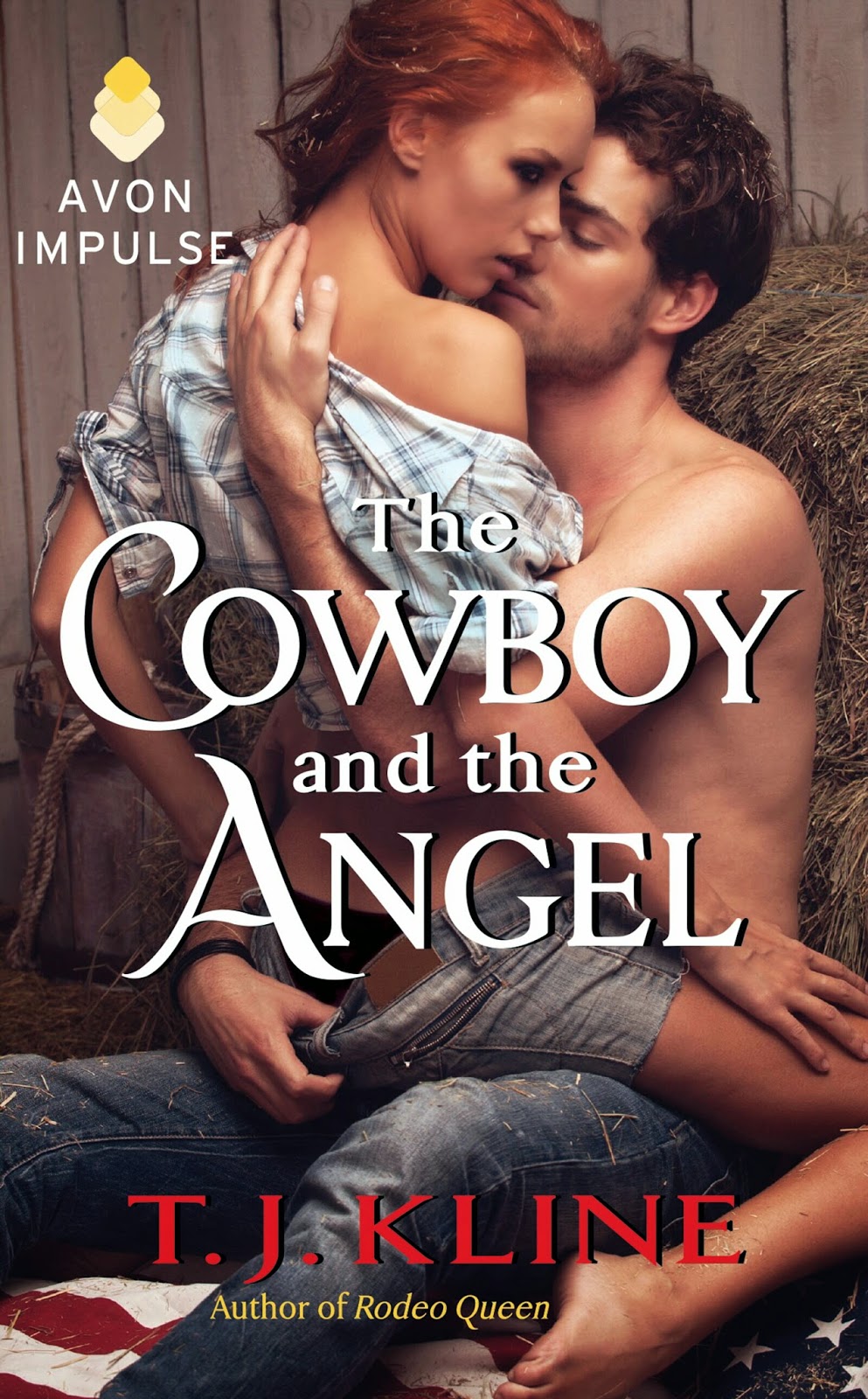 From our NaNoWriMo author T. J. Kline comes the stunning follow up to RODEO QUEEN. When a sexy cowboy falls for a not-so-angelic reporter, secrets and sparks abound.

Reporter Angela McCallister needs the scoop of her career in order to save her father from his bad decisions that have depleted their savings. When the chance to spend a week at the Findley Brothers ranch arises, she sees a chance to get a behind-the-scenes scoop on rodeo. That certainly doesn’t include kissing the devastatingly handsome and charming cowboy, Derek Chandler, who insists on calling her angel.

Derek has a rodeo to run and a chip on his shoulder. He has no time for the fiery woman who is clearly hiding something. But for some reason he can’t keep his hands off of her. Their connection is instant and explosive but Angela’s secrets could threaten his family and Derek needs to prove that he’s not the irresponsible kid brother anymore.

When the rodeo dust has settled, will the Cowboy and his Angel allow themselves to give in to the attraction that threatens to consume them both?

He moved closer to her and was immediately assaulted by her peach-vanilla scent. How in the world could she still smell so enticing after being in this heat all day? “You really don’t know much about rodeo, do you?”
“Do I look like I know anything about rodeo?”
“More so than you did this morning. I do miss your other pants though,” Derek winked and laughed when she glared at him, tucking his thumbs in the front of his chaps. “Then why take this assignment?” He wasn’t even sure why he asked. Something about her drew him in. In spite of her obvious dislike of him and his chosen career, he wanted to get to know her better, to find out what would make a woman like her brave the unknown for a news story.
“I’m not sure.” She dipped her head, looking toward her boots before meeting his gaze. “I knew it would be a controversial topic.”
“And you like that?” He could hear the logical voice in his head insisting he walk away from this conversation now, to turn his back and get as far from her as he could. He ignored it. “Controversy?”
“I guess. It gets ratings and I like those.” She shrugged slightly but a hint of a smile curved the corners of her lips.
She looked innocent, young and fresh with the sunburn coloring her cheeks and her eyes lit up with excitement as she talked about her job. He could just make out a faint smattering of adorable freckles on the bridge of her nose. His fingers suddenly itched to bury themselves in the fiery length of her hair. He gripped the belt of his chaps, refusing to give in to the need to touch her and took a step away from her. He’d never wanted to kiss anyone so badly.

Author Info
T. J. Kline was raised competing in rodeos and Rodeo Queen competitions since the age of 14 and has thorough knowledge of the sport as well as the culture involved. She has written several articles about rodeo for small periodicals, as well as a more recent how-to article for RevWriter, and has published a nonfiction health book and two inspirational fiction titles under the name Tina Klinesmith. She is also an avid reader and book reviewer for both Tyndale and Multnomah. In her spare time, she can be found laughing hysterically with her husband, children, and their menagerie of pets in Northern California.