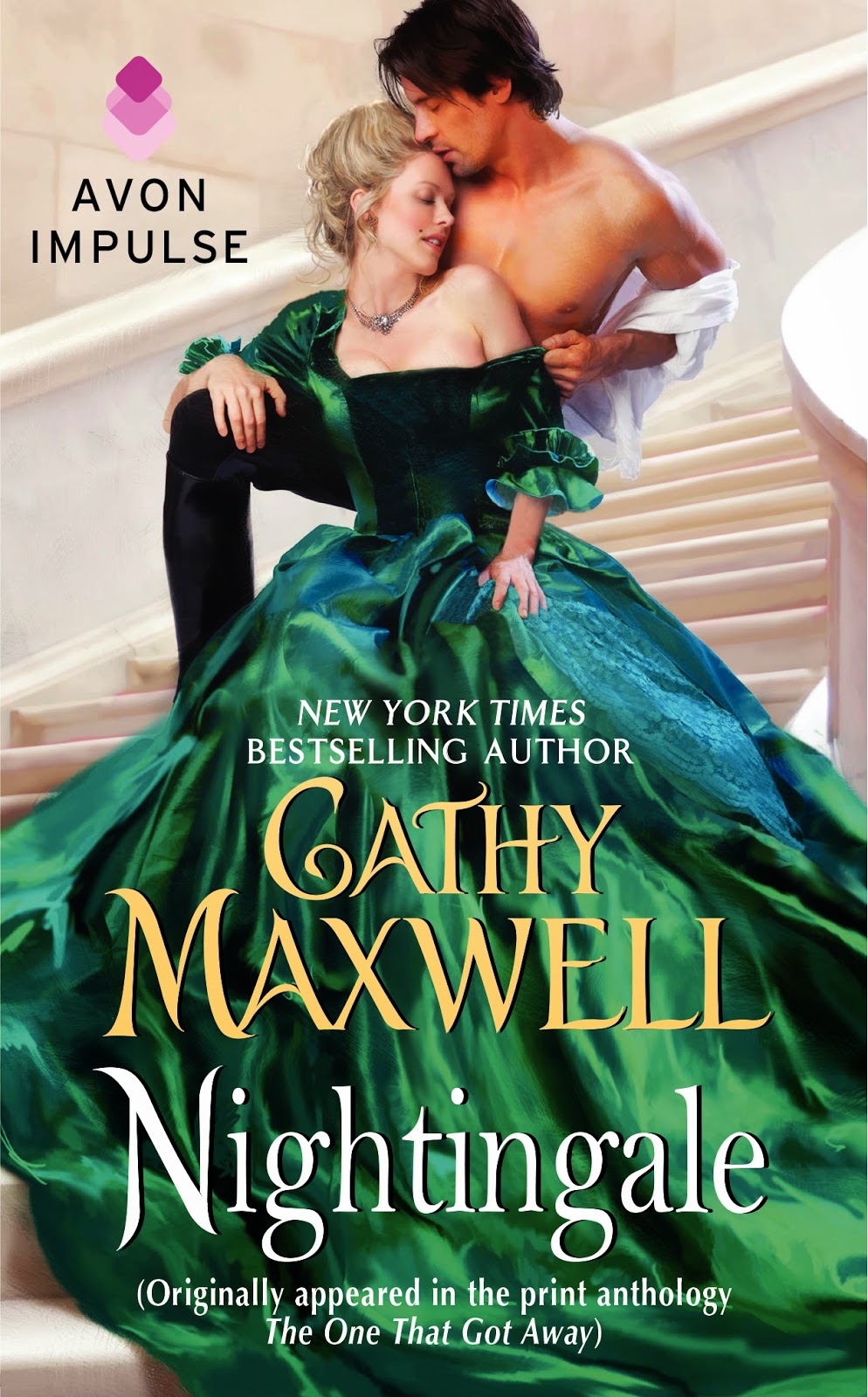 Blurb
Fate has brought them together -again.

At one time, Jemma had meant the world to Dane Pendleton, but then she betrayed their young love by marrying another for his title and fortune.

Now Time has turned the tables. Dane is wealthy, respected, knighted and the widowed Jemma has nothing but her pride.

Dane’s name is on the lips of every beauty in London. They whisper he learned “tricks” while he was in the Orient. But has he forgotten Jemma, now Lady Mosby, and what they had once meant to each other? And will he accept her devil’s bargain?

In every woman’s life, there is that one love who slipped away. The man who makes her wonder “what if?”

But is this a momentary madness or a chance to rekindle a love that could last a lifetime?

Originally appeared in the print anthology THE ONE THAT GOT AWAY

Excerpt #7
Chapter 2
Jemma had never been as frightened in her life as she was now, standing here in front of Dane. She willed herself to take another step forward, but her feet seemed rooted to the ground.
Nor did he invite her in by rising from his chair.
Time stretched out between them, and she realized exactly how long it had been since they had last seen each other.
This was not the Dane Pendleton she remembered . . . but then, she had known he’d changed. He’d hardened, and she could see nothing of the boy she’d once loved with all her being in the man sitting in the candlelight.
He’d always been a big man, but now in the thin candlelight, he appeared taller, more muscular . . . more imposing. The lines of maturity and of experience on his face had erased all boyishness. His hair still had its thick curls, but his temples were turning gray. The strong jaw and firm lips, lips she had once kissed, were still as they had been.
She wondered if the many mistresses he was rumored to keep found him as loving and adoring as she once had. She felt a stab of jealousy, coupled with the bile of regret.

Author Info
CATHY MAXWELL spends hours in front of her computer pondering the question, “Why do people fall in love?” It remains for her the great mystery of life and the secret to happiness. She lives in beautiful Virginia with children, horses, dogs, and cats.