Excerpt & Giveaway: The Guild of Assassins by Anna Kashina 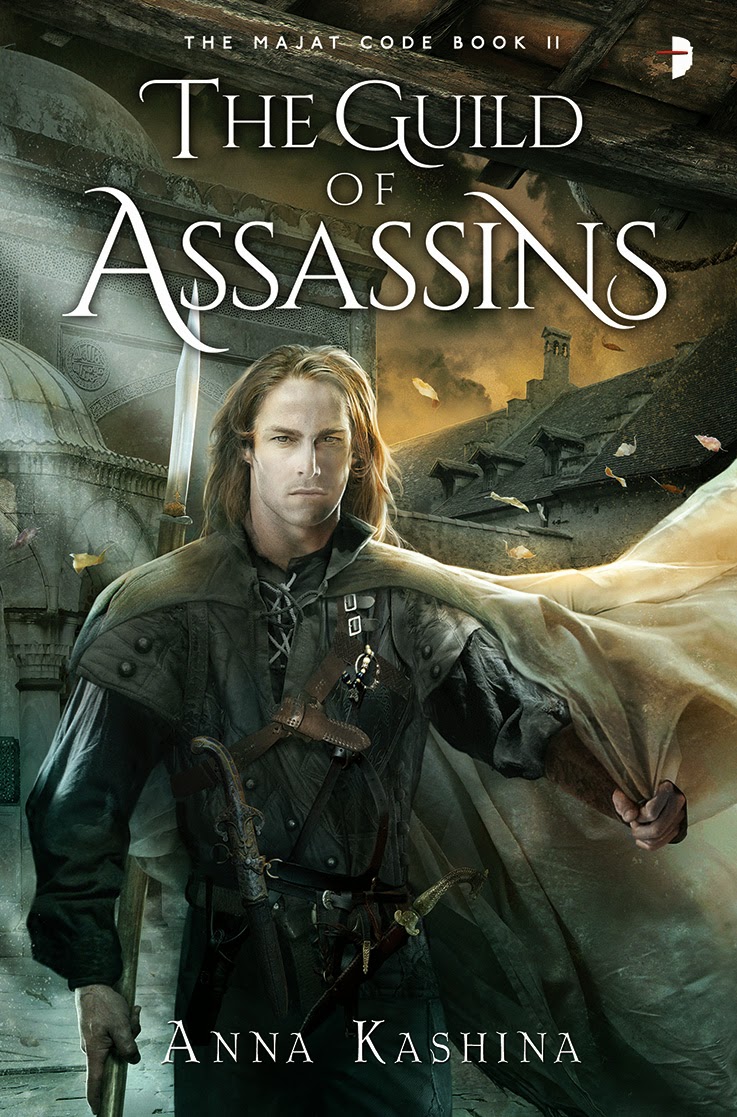 
Kara, an elite warrior from the Majat Guild, has escaped execution and achieved something that no Majat has ever managed – freedom from the Guild!

But the Black Diamond assassin Mai has been called back to face his punishment for sparing her life. Determined to join his fight or share his punishment, Kara finds herself falling for Mai.

Is their relationship – and the force that makes their union all-powerful – a tool to defeat the overpowering forces of the Kaddim armies, or a ploy sure to cause the downfall of the Majat?

EXCERPT 3
The Jade, Sharrim, had curly red hair, a freckled face, and a perpetual expression of childlike wonder that seemed odd in someone of his reputation as the best archer among the Jades. His superior, Gahang Khall, a pale man with straight black hair and piercing eyes, made a chilling contrast as the two of them stood in the Guildmaster’s study with the solemn look of men well aware of due praise for a job well done. Looking at their silent forms, Oden Lan had trouble believing Master Tolos’s accusations. Yet now, after summoning the Jades to his study, he had no choice but to proceed.
“Tell me how Kara died,” he said.
The men raised their eyebrows in puzzled silence.
“Is there a reason for –” Khall began.
Oden Lan lifted his head. “I choose not to take your words as doubt that I would ask you anything without reason, Gahang.”
“But I already told –” Sharrim put in.
Oden Lan turned, his gaze forcing the younger man into silence. “Tell me again.”
Sharrim swallowed, his face losing several shades of color. “After we received our orders, Aghat Mai and I caught up with Kara after a ten day chase. Aghat Mai engaged her, and when she was distracted, I shot her in the forearm. Then I stood down, like Aghat Mai instructed me.”
“He instructed you to stand down?”
The Jade’s face continued to show puzzlement. “He told me to stand down after the first hit. He said that one light wound would give him all the advantage he needed. And it did.”
Oden Lan hesitated, searching Sharrim’s eyes and finding nothing but honest pride at the successful assignment. He was beginning to feel like a fool. He swore to himself to have another conversation with Master Tolos after this was over. Now that the yellow-eyed man was out of the way he no longer seemed so friendly or trustworthy. What possessed Oden Lan to believe such ridiculous accusations of two of his best warriors?
“What happened afterwards, Gahang Sharrim?” he asked.
“After my arrow hit, it took mere minutes for Aghat Mai to get through. Kara lost a sword from her injured hand. Then, he struck her down. Death was instant, Guildmaster. Almost no blood.”
As before when he heard this, Oden Lan felt giddy. He summoned all his strength to appear calm.
Instant death.
When this was over, he was going to make an example of Master Tolos, to show everyone what it meant to pry into Majat Guild private affairs. How dare this yellow-eyed man come here to suggest such preposterous things and stir up wounds that hadn’t yet had time to heal?
“You told me before that Aghat Mai used ‘viper’s sting’ on her, Gahang Sharrim.”
“Yes, Guildmaster.”
“How do you know?”
The Jade hesitated.
“We all learned what it’s like, Guildmaster. It’s Aghat Mai’s signature blow. A deep stab between the collarbones, tilted left and in to go straight through the heart.”
Yes, that was how “viper’s sting” was supposed to go. Oden Lan had never tried it, but he had heard enough talk in the Fortress five years ago, after Mai, a newly ranked Diamond at the time, had used it on his first kill. Mai had also used the other one, “viper’s kiss”, during the same assignment, to harmlessly get the victim’s bodyguard out of the way. Mai’s fame had spread like fire. Not many people in the history of the Guild had blows named after their token rune. Viper.
Oden Lan strained his memory to recall the details. There was a way to tell between the two blows, just not an easy one.
“You said there was no blood,” he said slowly.
“Almost none, Guildmaster. A splash, no more.”
A splash. Oden Lan’s heart quivered, but he kept his face straight. “And what did Aghat Mai do immediately after the fight?”
“What do you mean?” Sharrim looked lost.
“Try to recall exactly, Gahang. What happened immediately after the fight?”
Sharrim licked his lips.
“I – I approached the body and checked that she was dead,” he stammered, trying to speak faster under Oden Lan’s urgent gaze. “There was no pulse. Then Aghat Mai sent me off to find her armband.”
“He sent you off?”
“Yes.”
“Why?”
Sharrim hesitated. “I was under his command. I didn’t question his orders.”
“Didn’t you wonder why he stayed behind?”
“He – he said he’d collect her weapons.”
“And what did he do when you walked away?” Oden Lan prompted.
“He leaned over her, and –” Sharrim paused, his face going pale.
Oden Lan waited. After a moment Sharrim spoke slowly, his narrowed eyes looking into the distance.
“He hit some points on the neck. Her body shook. I saw it as I left. And then, Aghat Mai said something to the boy, Prince Kythar Dorn. After Aghat Mai left, the prince wrapped Kara’s body in a cloak and held her in his arms.”
“He told the prince to hold her, so that he could keep her warm,” Oden Lan said. “Didn’t he?”
Sharrim’s blue eyes were suddenly dark like Khall’s. His face lost its innocent expression and became cold and distant.
“I don’t blame you, Gahang Sharrim,” Oden Lan said. “You couldn’t have known.”
The two Jades went so still that they seemed inanimate.
“You may go,” Oden Lan said.
“What do you intend to do, Guildmaster?” Khall asked quietly.
Oden Lan turned to him, keeping his face so straight that it hurt.
“I’ll do what I have to, Gahang Khall,” he said. “Just like I’ve always done.”

Check it out FREE! 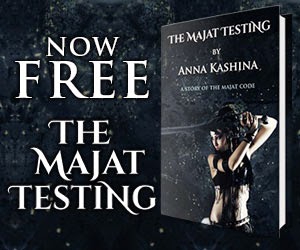 Author Info
Anna Kashina grew up in Russia and moved to the United States in 1994 after receiving her Ph.D. in cell biology from the Russian Academy of Sciences. She works as a biomedical researcher and combines career in science with her passion for writing. Anna's interests in ballroom dancing, world mythologies and folklore feed her high-level interest in martial arts of the Majat warriors. She is a recent medalist in the ForeWord Book of the Year and Independent Publishers Book Award contests.