Book Club Thursday: Is That a Tail? 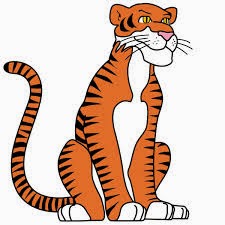 As you can see this week is a theme week and we are talking about shifter books. I hope you'll join us!

Even though you're a fan of paranormal's, it doesn't mean that you are into books about shifters. I have to say I am. In fact I love them and they are one of my favorites of the paranormal genre. There is just something so sexy about them. I think what I also like about them is that not every author has the same idea about what shifters are, or how they act. Here are some of my favorite shifter authors... 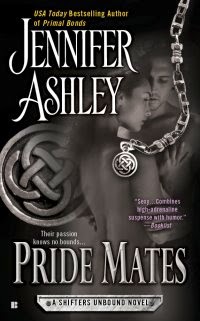 Twenty years ago, shape shifters of all kinds banded together and announced themselves to the world, only to be shunted to areas no human wanted ("Shiftertowns"). They are forced to wear Collars that control their hunting and fighting instincts (referred to by Shifters as "Taking the Collar"). Liam Morrissey is currently liaison between the Shifters of Austin, TX, and the humans of the city. Kim Fraser, attorney, finds herself in the unique position of having to defend a Shifter on a murder charge. She ventures to Shiftertown to seek out Liam's help, and there stumbles across too many secrets the Shifters want kept secret. The un-mated Liam is forced to protect Kim against the wrath of his clan leader and his own father, and to his surprise he discovers a powerful attraction to the sassy, sexy lady.

I'm a huge fan of her shifters. There is something about her world that draws me in. Of course it also has to do with the fact that she's a hell of a writer. She has a mix of all types of shifters, of course some don't have tails but we'll include them too.

In a world that denies emotions, where the ruling Psy punish any sign of desire, Sascha Duncan must conceal the feelings that brand her as flawed. To reveal them would be to sentence herself to the horror of “rehabilitation”— the complete psychic erasure of everything she ever was….
Both human and animal, Lucas Hunter is a Changeling hungry for the very sensations the Psy disdain. After centuries of uneasy co-existence, these two races are now on the verge of war over the brutal murders of several Changeling women. Lucas is determined to find the Psy killer who butchered his packmate, and Sascha is his ticket into their closely guarded society. But he soon discovers that this ice-cold Psy is very capable of passion—and that the animal in him is fascinated by her. Caught between their conflicting worlds, Lucas and Sascha must remain bound to their identities—or sacrifice everything for a taste of darkest temptation…

Nalini's series has more in it then just shifters, but she has some of my favorite ones. They are so smart and tough you just want to take them home with you...and pet them. :) I believe they have a very strong voice in the PSY/Changeling world. You won't be able to not enjoy them.

There are so many more great authors of shifter books but I'm going to do only one more. What wants a blog post that doesn't know when to shut up? 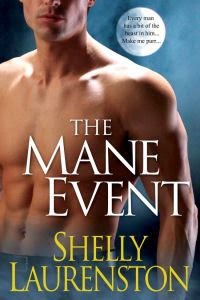 How come all the good-looking ones are insane? That’s what runs through NYPD cop Desiree “Dez” MacDermot’s mind the minute she hooks up again with her childhood buddy, Mace Llewellyn. It isn’t just the way he stares at her with those too-sexy gold eyes-as if he could devour her on the spot. Or the six-four, built-like-a-Navy Seal bod-o-death. It isn’t even that he sniffs her neck and purrs, making her entire body tingle. It’s more about that disconcerting, shifting-from-man-to-lion thing that unhinges her…and makes her want more. Mace likes making Dez crazy. In fact, he likes her any way he can get her-in bed, on the desk, here, now, again. Together, they’d always been trouble, but Dez has no idea just how good trouble can feel…

Brendon Shaw, hotel owner and lion shifter, has seen better days. He’s been beaten, had a gun to the back of his head, and had to be rescued by a Pack of shape-shifting wolves. He didn’t think he’d survive the night, much less find the woman of his dreams. And he never thought the woman of his dreams would have a Tennessee accent and wear cowboy boots. Once he sets his sights on her, the predator in him is ready to pounce and never let go. Ronnie Lee Reed is ready to change her life, and New York City is the place where any girl-even one who runs with a Pack-can redefine herself. First order of business: find a mate, settle down, and stop using men for sex. Even big, gorgeous, lion-shifting, oh-my-what-big-um-paws-you-have men. Then again…
Shelly Laurenston's Website

I saved Shelly for last because she is by far my favorite of all. I can't explain just what she does to me when I read her. Okay, I'm lying I can...she makes me almost pee my pants. Are you happy now? Her books are often over the top funny. Just when you think she's pushed it a little to far, she writes something that has you chocking on your pop. Her characters are the type that stay with you long after the last page in the book is read. Often we hate when our favorite series ends but we leave with it. It's killing me that this series has. These characters are people I know! Sad!

I hope you enjoyed seeing some of my favorite authors that write great books with people who happen to have tails. I'd love to know what you think of shifters, and who are your favorites. I'll let you in on a secret, mine are bears (yes I know they tail is a nub) with tigers following close to their nub of a tail.

Make sure to stop by my fellow Book Club Thursday Bloggers and she what they are talking about when it comes to shifters.
The Many Faces of Romance: Karen
Born to Read Books: Cyndi

Don't forget on August 28th we are reviewing  "No Ifs, And No Bears About It" by Celia Kyle. We hope that you'll join us!