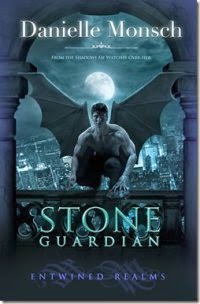 Gryphons flying past Skyscrapers? Wizards battling it out in coffeehouses? Women riding motorcycles with large swords strapped to their backs? All normal sights since the Great Collision happened twenty-six years ago.
Well, not normal for everyone. Larissa Miller may have been born after the Great Collision, but as a history teacher who lives in the human-only city, she has never come into contact with any other race or species. That is, until one day she walks out of her apartment only to be attacked by a mob of Zombies, but then is saved by a Gargoyle.
Leader of the Gargoyles, Terak has been watching over the human woman for months because of a cryptic prophecy. Gargoyles trust no one outside their Clan, but something about this woman stirs every protective instinct within him. When he realizes the danger to her is real, he refuses to allow her to explore this new world without him at her side.
In the course of their investigation Terak becomes entranced by his little human. But when he discovers why Necromancers want her and the great reward that awaits him if he betrays her, he must choose between the welfare of his Clan and not only Larissa’s life, but the fate of this new Realm as well. 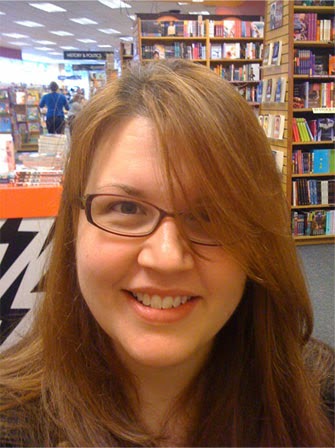 Born to the pothole ridden streets of Pittsburgh, PA, Danielle started writing in a time long ago, a time when there were not enough vampire stories to read and she had to write her own to fill the void. Yes, such a time of darkness did indeed exist.
Nowadays Danielle writes about more than just vampires, but Fantasy and Paranormal will always be in her blood (get it? Blood? Come on, I'm killing it here!)
When not writing, Danielle is boring...really, reallyboring. She fangirls over fictional characters and the (usually British) men who play them. She reads comics and watches cartoons (though she says she reads manga and watches anime - because saying it in another language makes all the difference.) She's a big fan of Rifftrax, XKCD, and ThinkGeek, and in general, she embraces her geekiness and everything that comes with that title.
Oh yeah, and she's a mom and wife...if you want to include the sidestuff as well.

Review
When I was at RT14 this year I kept seeing a poster of this book cover, with a gargoyles on it and thought, I want to read that book. Of course, if you've ever been to a RT (Romantic Times/Book Lovers Convention) you'll know that it's easy to pass up something with all the craziness around you. I was upset with myself when I didn't get the title or author. What can I say that gargoyle had all my attention. So imagine my shock when I am home a few days and I get a request to read a book and it's the gargoyle one I kept seeing! You can tell I was happy. And that happiness only continued as I read Stone Guardian. I found this book to be well written with very humorous characters. I loved the whole idea of this world. You won't be able to help not falling for Terak. He's not only sexy, he protects those he cares for. Larissa who knows about the paranormal beings, but has never seen them, will be shocked when she meets Terak and the others. Stone Guardian is the perfect summer read. I think you'll love the idea of this world and want to read more. I know I do. Happy reading!