Guest Post & Giveaway: The Once and Future Duchess by Sophie Nash 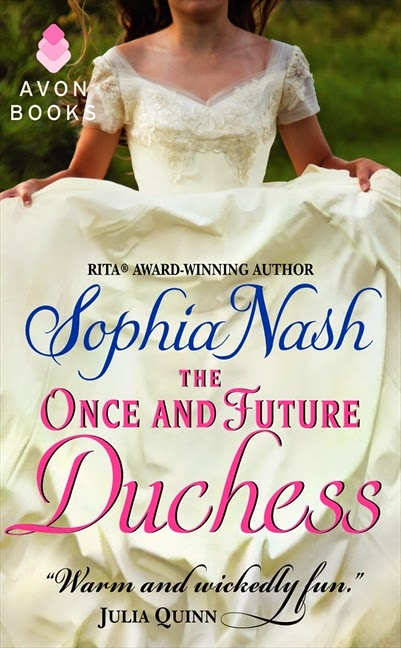 The Once and Future Duchess
Royal Entourage Series Book Four
By: Sophia Nash

Blurb
A duchess in time saves a noble line...
In theory, the Duke of Candover is the most eligible peer in the realm. But in truth, he has a deep aversion to the merest hint of marriage, not to mention two botched engagements which have marked his jaded soul. Now, after a debauched bachelor party that causes public outcry, the Prince Regent is demanding that it's Candover's turn to be brought to heel. And Prinny secretly believes that Isabelle Tremont, the Duchess of March, is precisely the lady up to the challenge.

Isabelle must marry, but a day of reckoning with the man she's loved for years is her greatest fear. If Candover insists she's too young and innocent for a seasoned world-weary man like him, there's no shortage of other candidates. Gentlemen of prestige and position. Gentlemen whose attentions are driving Candover to jealous distraction. Yet one abandoned moment under the stars hints that if they can put aside pride and duty, then a love once denied might just be their destiny.

Guest Post
Why We Love a Band of Men!
What is it about male bonding that is so attractive to women? I believe it has something to do with the level of brutal honesty in communication between men. Women are, typically, far more polite and kind to each other. We bolster each other, confide, soothe, express our emotions, and the bonds of sisterhood are a great solace in times of stress. But we are rarely brutally honest with each other in the way of men. The male species rib each other unmercifully. And when they are mad at a member of the brotherhood? Well, they lay it out on the table in short, terse terms that cannot be misunderstood. And if words can’t solve the problem, fists or worse are the alternative. Women? Not so much.
Therein lies the classic difference between the sexes in a nutshell. And it is my belief that women love to see a band of men and how they relate to one another in great comedic fashion.
In my May 27 release, The Once and Future Duchess, the ways of female friendship and male bonding are in featured in stark relief.
Do you prefer the blunt honesty between men, or the polite kindness between women? 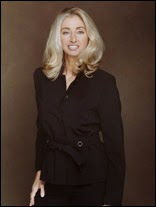 Author Info
Sophia Nash was born in Switzerland and raised in France and the United States, but says her heart resides in Regency England. Her ancestor, an infamous French admiral who traded epic cannon fire with the British Royal Navy, is surely turning in his grave. Before pursuing her long-held dream of writing, Sophia was an award-winning television producer for a CBS affiliate, a congressional speechwriter, and a nonprofit CEO. She lives in the Washington, D.C., suburbs with her husband and two children. Sophia's novels have won twelve national awards, including the prestigious RITA® Award, and two spots on Booklist's "Top Ten Romances of the Year."