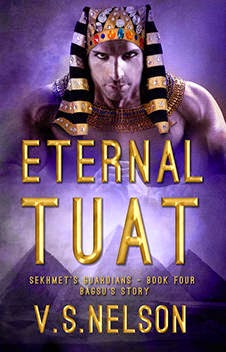 Blurb
Bagsu, his name alone strikes fear in the Guardian Nation.
What can cause one twin, destined to take his father’s place as a priest turn evil and lead a crusade to dominate the human race while the other fights to save mankind?

Finally, secrets are revealed when Bagsu leads us back in time to the land of New Tuat. Experience first hand what really happened to Bagsu and Gabriel long before they became immortal, when twin brothers were the best of friends.

I, like those before me, was not born with the gifts those born on the original Tuat were granted. We are not immortal, nor do we possess their unusual and magical abilities. Our live span is similar to that of a human and life expectancy is relatively short—too short for my liking. The elders of our kind have yet to discover why this is and have surmised the original travelers stayed too long on Earth. Such is life or the lack thereof. Still I am content to live out my life in my father’s footsteps. I shall become a priest of one of the many temples which honors our ancestors. My father says it is my destiny.
My thoughts and our game are interrupted when the wide golden doors to the temple open. My father emerges holding a white bundle of linen. Without looking at us he unwraps the bundle and holds up a naked male infant.
“I have a child,” he announces to those present, “and he shall be called Maba,” his name meaning Lance in our native tongue.
Net mumbles something about wishing our new sibling was a sister then begins to stuff our board game in the basket. He’s anxious to leave.
I study the tiny creature for a moment and come to the realization, this can’t be our brother—he looks nothing like us. Mother and Father have hair the color of ebony as do Net and I. Mounds of corn color curls fall from the top of this tiny creature’s crown. His eyes are the color of Sapphires—where ours are colored like black tourmalines. Surely there has been a mistake.
Net tugs on Father’s white robe and asks if we can leave. Father glances down at Netchkhet, nods his head and grants his wish.
“Be home before the sun sets,” he yells out as we begin to make our departure.
I stop a few yards down the road and readjust the heavy basket I am left alone to carry. Netchkhet who is yards in front of me turns and waves his arm indicating he wants me to hurry. I’m in no rush to accompany him to the river. I should be studying. The Halls of Learning open their doors to the young next week and I want to be ready. Although, we are a year younger than most the applicants, our father has arranged for our interviews. If all goes well we will be given the entrance exam.
“Come on!”
“I’m coming,” I yell back at him.
I finally catch up with Net just as we get to the water’s edge. We stop and say hello to another boy from our neighborhood. Sesh is much larger than us, but he’s a lot like me, a book worm. He’s sitting on top of a big rock with an ancient scroll in his hands; several more are rolled up in a small basket sitting on the ground next to the rock.
“Are you studying for the entrance exam?” I ask.
Sesh is a quiet one. He nods his head and resumes his fascination with the scroll. Curious to know what he is reading I stand against the rock and look over his broad shoulder to see what it is that has him so captivated.
“Oh, I read that a few weeks ago. It’s the twenty-second volume of our people’s history. It takes place when our ancestors were still on Tuat. It gets real exciting towards the end when they discover an asteroid is headed in their direction and total destruction is imminent.”
“Thanks for spoiling it for me… Don’t you two have some place else to be?” 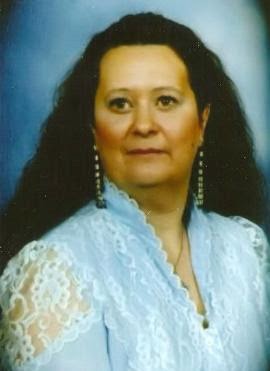 Author Info
With a love for history, Native American author V.S. Nelson, instructed elementary, high school and college in the U.S. and abroad before launching her second writing career.
V has been a story-teller all her life, always creating stories about people discovering the courage to make a difference. This drove her into writing her paranormal series centering on strong relationships and led her to coin the term: Ancient Legends, New Worlds.
She is well known for her “time management and sprint style writing,” producing well over five thousand words daily - consecutively.
V is available for speaking engagements, appearances and is more than willing to share her methodology with others in a variety of workshops.
A member of three RWA chapters she sits on several committees and judges writing contests across the states.
In Jan, 2013, Eternal Lovers, the first book in her eleven book paranormal series, Sekhmet’s Guardians launched with a fury. Being a series reader herself, she has held true to her promise by releasing no less than two books in the series per year in addition to her other work.