Since we are at RT in New Orleans at the moment we thought we talk about our favorite books that happen in Louisiana. Here are a few of my favorites.

I remember this book by Linda Howard...It is a favorite of mine. It has everything in it that you want in your romance. 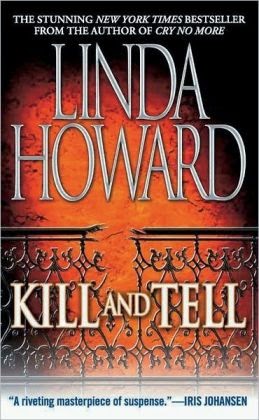 Family secrets and murder converge in this captivating and suspenseful romance from New York Times bestselling author Linda Howard.
Some secrets need to be told...
Still reeling from her mother's recent death, Karen Whitlaw is stunned when she receives a package containing a mysterious notebook from her estranged father, whom she has barely seen since his return from the Vietnam War decades ago. Then, a shocking phone call: Karen's father has been murdered on the gritty streets of New Orleans.
Even if they lead to murder....
For homicide detective Marc Chastain, something about the case of a murdered homeless man just doesn't add up—especially after he meets the victim's daughter. Far from the cold woman he expected, Karen Whitlaw is warm and passionate. She is also in serious danger. A string of "accidents" have shaken Karen to the core, and forced her into the protective embrace of the charming detective she vowed to resist. Together they unravel a disturbing story of politics, power, and murder—and face a killer who will stop at nothing to get his hands on her father's secrets.

You all know how much I love this author. She doesn't just have paranormal's set in NO. She also has a few romantic suspense. A great author to try. 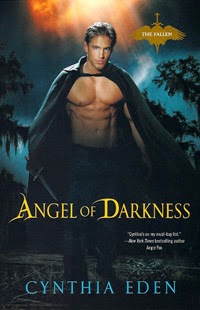 As an angel of death, Keenan’s job is to collect the souls on his list. He’s carried out his duty for two thousand years and never faltered once. Until he meets Nicole St. James.  When the moment of death comes, Keenan hesitates, and instead of taking Nicole, Keenan touches the vampire who’s attacking her.
Cast out of heaven for disobedience, Keenan plummets to earth. Six months later, he finally manages to track Nicole to a bar in Mexico. He’s stunned to discover that the woman he remembers has undergone a dramatic change—she’s become a vampire. And when he realizes that she’s the target of all manner of enemies—other vampires, demons, even shifters—he’ll do whatever it takes to protect her, even if all hell breaks loose…

I can't end this post without adding Erica Spindler. She writes wonderful stories based in Louisiana.

Captain Patti O'Shay, a by-the-books cop, is assigned to the case. But with the evidence lost to time and the elements, the heinous incident goes unsolved. The perpetrator, known only as "The Handyman," remains at large.
Two years later Patti is still haunted by her own personal tragedy-her husband and fellow police captain was murdered in the post-storm chaos. But when a female victim missing her right hand is unearthed, Patti prepares to return to The Handyman investigation. She is unprepared, however, for what she finds at the crime scene-the victim's bones beside her husband's police badge.
Casting aside all the rules, Patti is fearless in her quest to find the truth...because if she isn't, she could become The Handyman's last known victim.
There are so many more stories that take place in New Orleans. Share with us which are your favorite stories that happen there. Remember to stop by my fellow Book Club Thursday Bloggers and see which books they picked.
Born to Read Books: Cyndi
The Many Faces of Romance: Karen

Don't forget to stop by on the 22nd when we will be back from RT and have some goodies to give away!