The Wedding Favor
by
Cara Connelly


Blurb
Seven years after a drunk driver took his wife’s life, and just moments after hearing the verdict in her wrongful death case, Tyrell Brown is itching to shed his suit and tie and get the hell out of Houston.  And even though he’d rather be heading to his ranch for a weeklong trail ride than be flying off to his best friend Isabelle’s four-day wedding weekend, he can’t really complain.  After all, her wedding’s in France, and the more distance he can put between himself and the ice-blue-eyed, stiletto-heeled lawyer who grilled him on the stand, the better, cause even though his mama raised him right, it’s damn near impossible to be a southern gentleman around the bitch on wheels.
Victoria Westin is just doing what she’s always done—her job. Whether she likes it or not.  She’d rather be on stage, but her overbearing mother put the nix on that years ago, and now the only role she plays is the hard-nosed, New York City attorney.  She’s good at it, though, even when she’s out of her element in the great state of Texas.  Even when she’s looking into a pair of whisky-brown eyes that seem to see right into her soul.  Now, thank God, the trial’s over and she can drop the mask, leave Tyrell Brown and his sunstreaked hair and sexy cowboy drawl behind, and unwind for a long weekend at her brother’s wedding in France.
But a peaceful European vacation isn’t in the cards for either of them, because as Ty and Vicky soon discover, they’re headed to the same wedding.  They agree to play nice for the bride and groom’s sake, but the laid-back cowboy and the uptight lawyer can’t help but rile each other.  The funny thing is, as the weekend goes on, they can’t keep their hands off each other either.  But with a whole host of obstacles—including a man-eating pole dancer, a cheating ex-boyfriend and a manipulative mother—destined to come between them, will they be able to turn their fake flirtation into a real romance?

“That woman,” Tyrell aimed his finger like a gun at the blonde across the hall, “is a bitch on wheels.”
Angela set a calming hand on his arm.  “That’s why she’s here, Ty.  That’s why they sent her.”
He paced away from Angela, then back again, eyes locked on the object of his fury.  She was talking on a cell phone, angled away from him so all he could see was her smooth French twist and the simple gold hoop in her right earlobe.
“She’s got ice water in her veins,” he muttered.  “Or arsenic.  Or whatever the hell they embalm people with.”
“She’s just doing her job.  And in this case, it’s a thankless one.  They can’t win.”
Ty turned his roiling eyes on Angela.  He would have started in – again – about hired-gun lawyers from New York City coming down to Texas thinking all they had to do was bullshit a bunch of good ole boys who’d never made it past eighth grade, but just then the clerk stepped out of the judge’s chambers.
“Ms. Sanchez,” she said to Angela.  “Ms. Westin,” to the blonde.  “We have a verdict.”
Across the hall, the blonde snapped her phone shut and dropped it in her purse, snatched her briefcase off the tile floor and, without looking at Angela or Ty, or anyone else for that matter, walked briskly through the massive oak doors and into the courtroom.  Ty followed several paces behind, staring bullets in the back of her tailored navy suit.
Twenty minutes later they walked out again.  A reporter fromHouston Tonight stuck a microphone in Ty’s face.
“The jury obviously believed you, Mr. Brown.  Do you feel vindicated?”
I feel homicidal, he wanted to snarl.  But the camera was rolling.  “I’m just glad it’s over,” he said.  “Jason Taylor dragged this out for seven years, trying to wear me down.  He didn’t.”
He continued striding down the broad hallway, the reporter jogging alongside.
“Mr. Brown, the jury came back with every penny of the damages you asked for.  What do you think that means?”
“It means they understood that all the money in the world won’t raise the dead.  But it can cause the living some serious pain.”
“Taylor’s due to be released next week.  How do you feel knowing he’ll be walking around a free man?”
Ty stopped abruptly.  “While my wife’s cold in the ground?  How do you think I feel?”  The man shrank back from Ty’s hard stare, decided not to follow as Ty strode out through the courthouse doors.
Outside, Houston’s rush hour was a glimpse inside the doors of hell.  Scorching pavement, blaring horns.  Eternal gridlock.
Ty didn’t notice any of it.  Angela caught up to him on the sidewalk, tugged his arm to slow him down.  “Ty, I can’t keep up in these heels.”
“Sorry.”  He slowed to half speed.  Even as pissed off as he was, Texas courtesy was ingrained.
Taking her bulging briefcase from her hand, he smiled down at her in a good imitation of his usual laid-back style.  “Angie, honey,” he drawled, “you could separate your shoulder lugging this thing around.  And believe me, a separated shoulder’s no joke.”
“I’m sure you’d know about that.”  She slanted a look up from under thick black lashes, swept it over his own solid shoulders.  Angling her slender body toward his, she tossed her wavy black hair and tightened her grip on his arm.
Ty got the message.  The old breast-crushed-against-the-arm was just about the easiest signal to read.
And it came as no surprise.  During their long days together preparing for trial, the cozy take-out dinners in her office as they went over his testimony, Angela had dropped plenty of hints.  Given their circumstances, he hadn’t encouraged her.  But she was a beauty, and to be honest, he hadn’t discouraged her either. 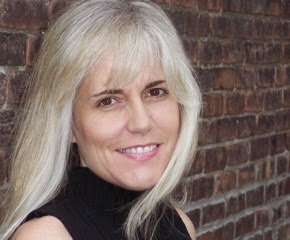 I always like to try new authors. No one has enough books to read. When "The Wedding Favor" came out I couldn't wait to try it. I ended up LOVING IT! The characters are fantastic and story is well written. It was so good that it made my list of book that I loved for 2013. Right away your heart bleeds for Tyrell. What he has gone through is heartbreaking. In the beginning of the book you want to take the lawyer, Victoria Westin and smash her head into a wall. Of course soon you learn the really Victoria Westin and are glad you have self-control. At least this time. Victoria has demons of her own, can you say mommy issues! You'll love the way Tyrell sticks up for her even after all that's gone on. Now, I've said too much. Do yourself a favor and pick up Wedding Favor! Happy reading!
ARC Avon Cara Connelly Giveaway Review