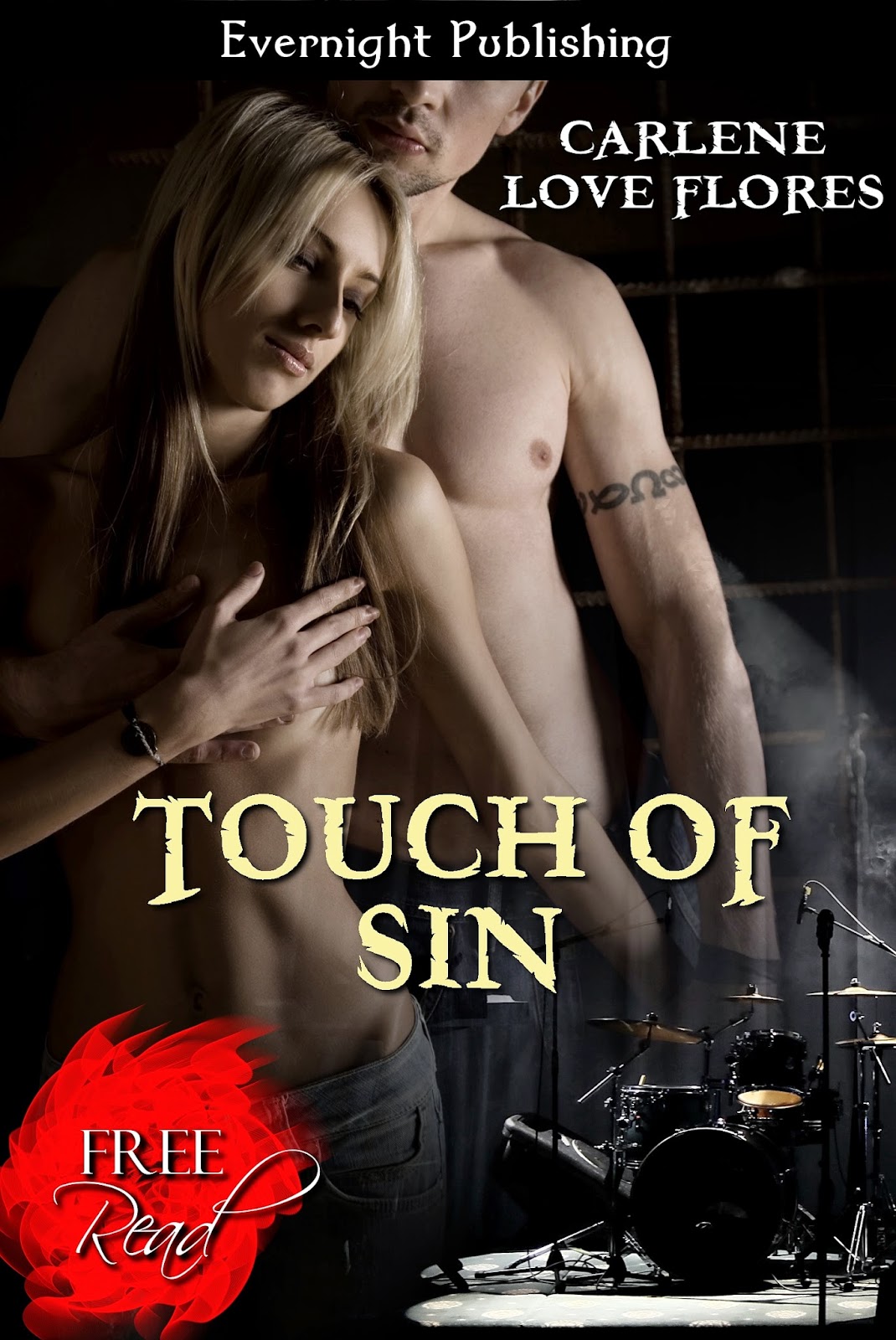 Lonerby guitarist, Luke Willoughby, knows he and his band are under management’s scrutiny since last week’s press conference puking incident by his little brother. The stunt got them suspended from the Sin Pointe tour and Luke fears they’ve blown it for good. The last thing he expects is the cute spy who management sends to observe him. When no-nonsense Sarrie Walker shows up at a gig and blows her own cover by announcing exactly what she’s there to do, Luke is impressed but knows instantly he’s in deep trouble with this one. Sarrie is a breath of innocent yet strong and sexy, calming air and seems completely disinterested in him until they end up stuck together in close quarters. She’s dangerously irresistible but so very off-limits.
Clearly Sarrie holds Luke’s second chance in her hands.


But what about his heart? By week’s end, it might be tangled in there too.

Excerpt
Sarrie stepped carefully and mostly on tip toes out of the tiny, grime grouted shower. She’d had to waste one of their two usable towels for a floor mat and made sure to land on it.
The good news was that she no longer teetered on what she’d tell Mr. Keller when they made it to D.C.
Noah was sick and while he’d managed himself at these smaller gigs, he didn’t belong on a massive, nationwide Sin Pointe tour. She tried to picture him night after night and the binge drinking sessions. It hurt her heart to think of it but worse than that was picturing the landslide of sleepless nights Luke would have to suffer through caring for him. Sure, they might all hate her as a consequence, but that’s why it was called tough love. The truth hurt at first. And sometimes for a very long time after. But at least the person would be alive.
She grabbed for the towel she’d left on the toilet seat and found a loosely folded bunch of clothes. Not hers because they were too big and, she pulled the shirt to her nose, they smelled like Luke. “Mmmm.”
Her eyes popped open so wide she felt her lashes touch her brow bone. Yes, she’d just sighed at a man’s smell. It was a first. Maybe it was because her decision no longer hung over her head, but she could get lost in the fact she held the shirt he’d played in. She inhaled and the smell brought back visions of him serving as master of his guitar and the beads of sweat that had dotted his forehead, the one that hung from his nose, and the slick mass that had wet his chest hairs showing through the top of his V neck shirt. He’d been so lost in the music that he hadn’t seen her staring or cared about the sweat. She’d noticed more than she realized and had to stop and breathe through what that meant.
“So that’s it, Sarrie? You’re going there now?” she whispered to herself. “Unbelievable.”
Why shouldn’t she?
Because she’d never had these feelings for a man before? Because the two days she’d known Luke were clearly not long enough and she was here to study him, not fall into a foolish one-sided infatuation? Or was it that his life situation was too close a reminder of the one she’d finally saved herself and her father from? The heaviness of all those truths bowed her shoulders inward and down.
He’s gonna be dealing with Noah’s addiction for a long time to come, especially if he can’t stand to see his baby brother suffer. That’s what enablers did. She knew because she’d watched her mom tiptoe around her dad until the day Mom just didn’t come home.
Plopping down on the toilet seat, she bundled Luke’s jeans together with his shirt and hugged them. A sock fell from the pile. She found its match and could have cried at his selflessness. He was a good guy and he had a ton of hurt coming his way. For a second, she forgot where she was and nearly let her head fall back against the dingy bathroom wall.
Cold air leaking through the thin motel walls made her shiver. So did the thought of wearing Luke’s clothes. But after she made sure to dry off with the one towel, she pulled on her old panties and bra and then his jeans, which nearly fell right back down, and then slipped his V neck shirt over her head. The baggy look reminded her of the girls from TLC, but not one single day in her life had she ever felt crazy, sexy or cool. Well, maybe she could identify with the crazy part. Completely foreign to her was the thought of what Luke would think. And then she had an altogether more shocking thought. If his clothes were in here, what was he wearing?
Hot gusts of air puffed out from her lungs until she managed to calm them down. But all she could really think about were bare, strong shoulders and more than just the tiny glimpses she’d gotten of his chest in the V cut shirt she currently wore. She needed a drink of water. Badly. She wiggled her toes in his giant socks. 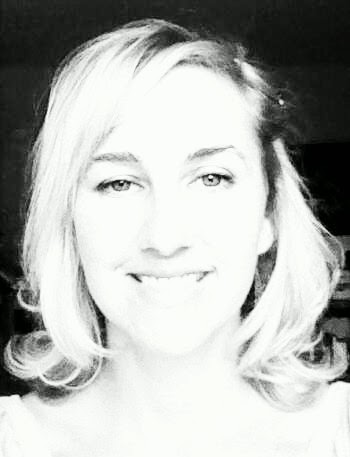 Author Info
Carlene Love Flores is a big fan of the stars (especially Orion), honest music (especially Depeche Mode), and her traveling family (no favorites there-she loves them all). These things inspire her intimate style of romance writing. She feels honored to be a member of Washington DC Romance Writers (WRWDC). Carlene currently lives in the D.C. area where she can often be found listening to live music and looking up at the sky on clear nights.  If she could touch someone’s heart with her writing the way others have done for her, she’d say truly there never lived a luckier girl.