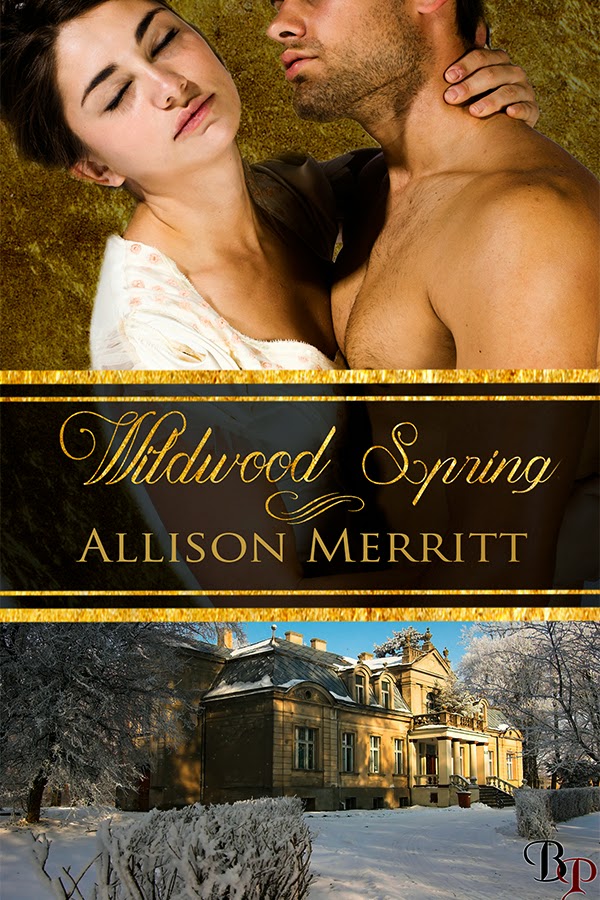 Blurb:
When they face their fears, they'll find the path to love.

No one goes to Wildwood Manor—a hulking stone house on a hill outside town. Legend has it crazy old man Wildwood owes his life to the magical water of the spring at the back of the property. Celia Landry needs that water to save her mother, and she'll brave anything to get it.

Turner Wildwood, the son of the house's eccentric builder, is growing as reclusive as his father. When Celia turns up at his door, he's drawn by her beauty and bravery. Wary of strangers, he doesn't reveal his identity, but agrees to her request. When she returns to Wildwood in wake of personal tragedy, he's waiting there with a stunning change in his heart. He knows he should tell her the truth, but he doesn't want to ruin their budding friendship.

Celia's curiosity leads her to part of the frightening answers hidden behind Wildwood's doors, but her own troubled past may lead Turner into danger neither of them suspected.

Excerpt:
"Would you like to dance?" Mischief sparkled in his blue eyes. "This is one of my favorite songs. Despite my almost solitary upbringing, dance was part of my education."

She felt heat scorch her cheeks. "Not part of mine, I'm afraid."

"I'll teach you." He faced her, putting one hand on her waist and taking her hand in his. "Do the opposite of what I do. I'll count."

He counted in fours, moving in time with the music. Celia stumbled, but after a few moments, she caught on. Turner led her around the room as they spun in circles. She laughed, forgetting her worries. It wasn't a ball and they were both in their nightclothes, but it was as elegant a dance as she could hope for.

Turner grinned as he pulled her a little closer. Their bodies came together, fitting perfectly. He dropped her hand, wrapping both arms around her waist. They stopped moving, standing in the shadow of the mastodon. Dark blond hair fell over his forehead, but it didn't hide the desire on his face.

Her name was a delicate breath of air, and he clung to her as though afraid she was a dream. She was too wide awake to believe that. Her senses seemed sharper than ever. He smelled of the lemony soap Mrs. Southard used for washing the sheets and the coffee he'd had at supper. Even in the muted firelight, she saw him clearly, his golden hair bright as sunbeams, his blue eyes the color of the sky after a storm.

She'd never been a romantic, knowing all too well she'd either be a spinster or a housewife too busy with chores and children to consider stolen kisses. She'd never imagined a man would want to show her stars, or dance with her around the skeleton of an ancient beast. These were moments she could cherish forever, think of when her world came back into focus.

It all had to end.

He lifted his hand to her face, pushing a strand of hair over her ear. "You look upset."

"I'm grateful." She forced the words out. "It's not every day I get escorted around a ballroom."

"You mean it might never happen again." He looked somber. "You'll return to the kind of life you led before we met. One where you're often hungry, alone, and overworked."

She glanced away, hating the truth of his words. "It isn't that bad."

"Somehow I don't believe you."

He wouldn't, not after the way she'd reacted to everything he'd shown her in his life. They were from different places and he could never understand how she'd lived before. She couldn't explain it without risking his pity.

"You could always stay. I'll find something for you to do in the manor. Official book reader. In the evenings you could recount all my favorites and the new ones I don't have time for."

His breath stirred the hair near her ear, tickling her skin.

"I think I prefer the title of cookie sampler. Who wouldn't want to sit in Finny's kitchen all day tasting the items he draws out of the oven." She pressed her cheek against his velvet lapel and closed her eyes. "You should have taken me back to town when you found me at the spring."

"I couldn't do that." There was the slightest hitch in his voice, as though the idea caused him pain.

"I'll be ruined for life outside of Wildwood."

"Good. Then you'll have to come back."

1. Carrie Nation's home, originally from Medicine Lodge, Kansas, is in Eureka Springs. There's a spring across the street named for her. Adamant about putting an end to drinking and sinning, Carrie was known for breaking up saloons with a hatchet. However, she opened her home to widows and orphans as a boardinghouse, charging much less other boardinghouses.

2. The first white “settler” to the area was Dr. Alvah Jackson, who used water from a spring to cure his son's eye ailment in 1856. During the Civil War, he ran a cave hospital for wounded combatants of the Battle of Pea Ridge. The hospital became known as Rock House and eventually served as a saloon. After the war, he began promoting the healing qualities of the water and made money selling “Dr. Jackson's Eye Water”.

3. By 1881, just three years after being declared an official town in Arkansas, the population boomed from about 1,000 to 10,000 people. It was the 4th largest city in Arkansas.

4. The two original streets in Eureka were Main (often called Mud because it was next to a spring) and Spring. Over the years, need for improvements forced the city to build these streets up higher, forcing business owners to move high as well. This left the original buildings “underground”. You can go on guided tours through these tunnels and learn more about Eureka's history.

5. During censuses taking in Eureka Springs in the 19th century, many women listed themselves as “laundresses”. In 1880 an ordinance was passed to protect the springs from people washing clothes in them to keep the water pure—mostly for the healing properties. 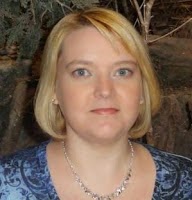 A love of reading turned Allison Merritt into an author who writes historical, paranormal and fantasy romances, often combining the sub-genres. She graduated college with a B.A. in mass communications that's gathering dust after it was determined that she's better at writing fluff than hard news.

She lives in a small town in the Ozark Mountains with her husband and dogs. When she's not writing or reading, she hikes in national parks and conservation areas.