Promo Tour & Giveaway: Sins of the Father by Liz Cowan 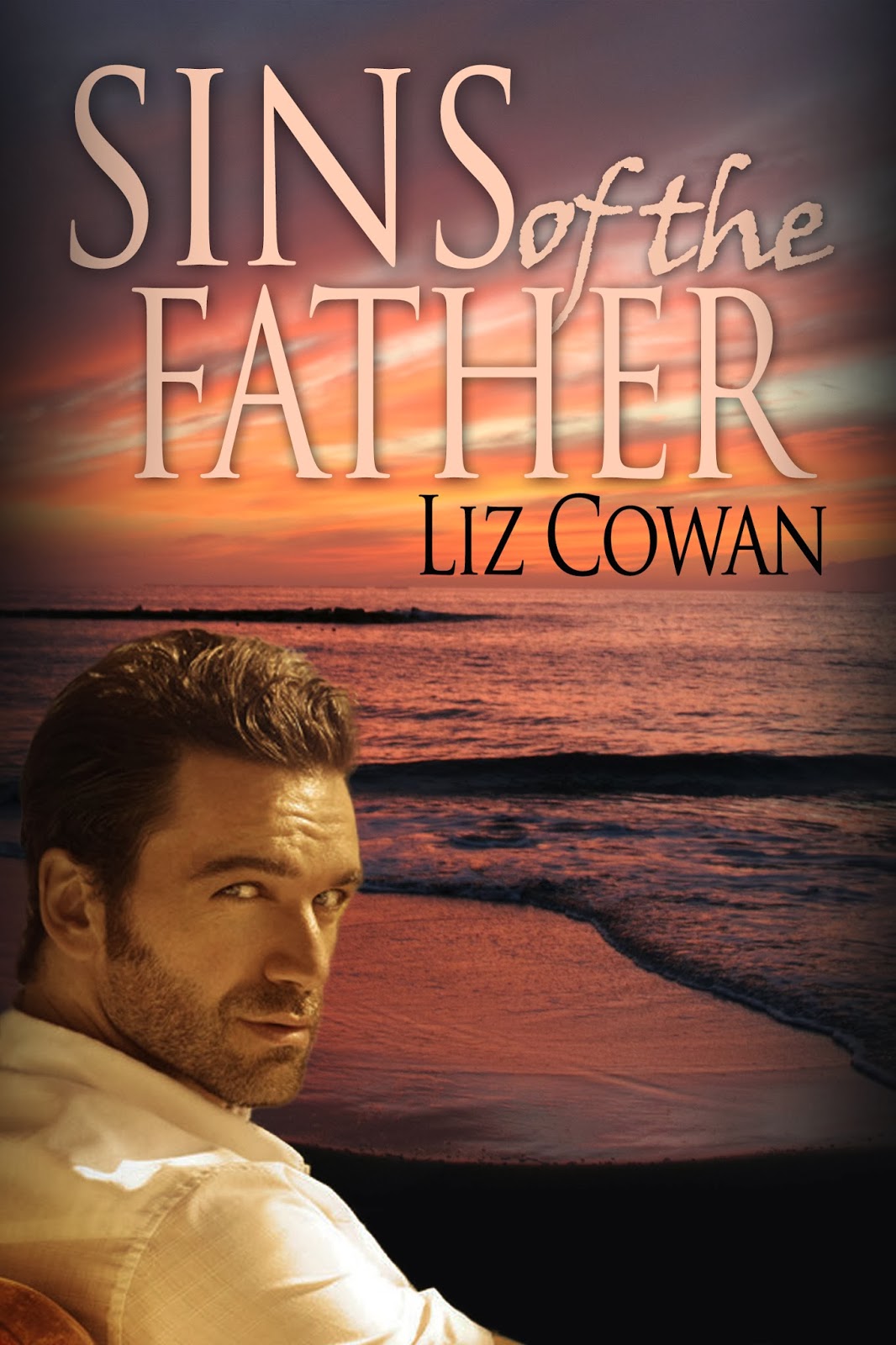 Sins of the Father
(Perception Series, Bk 3)
By Liz Cowan

Blurb:
Melina Brooks thought she had put the past behind her. Jilted by the love of her life, the exotic beauty shuns romantic relationships to concentrate on work — earns a doctorate in psychology, has a thriving clinical psychology practice, and after only three years of teaching college, she is the newly appointed Chair of the Psychology Department at Addington College. With everything in her life organized and running smoothly, what could go wrong?

Grant Drake, the gorgeous hunk who vanished from her life ten years ago, is named the new President of Addington College. Bound by a promise he made ten years ago, he cannot explain the reason for his abrupt disappearance, but he hopes to regain Melina’s trust and love.

Grant’s return turns Melina’s life upside down when she discovers the attraction between them is alive, well and hot. Struggling with the undeniable desire he awakened, Melina fights to keep him at bay and her desire under control. With her focus on recapturing normalcy and control over her life, she never notices the menacing stalker lurking nearby.

In the midst of their investigation of the disappearance of several young women in the past few months, Dallas Special Detectives P. J. Burdette and Max Fabiani search for a link between the missing women. Then a sixth woman disappears and P. J. believes Melina may be in danger.

Melina raced down the hall toward the exit, the staccato tapping of her high heels echoing around her. She slammed into the bar and the door flew open. One of her shoes slipped off just inside the door.

The blizzard had arrived earlier than expected and the cold fury of the storm jerked her out the door.

She barely had time to kick off the other shoe before the wind slammed her into the deepening snow. Pushing herself upright, she realized her only chance to escape her pursuer was to get to her car. The car would protect her. She would be safe. But then reality slammed her down once again.

“My car! My beautiful car!” Her horrified screams were muffled by the wind as the storm raged around her. Someone had slashed the tires and shattered the windshield of the Viper.

“He must have done this. Damn him!” Melina felt the bile rise in the back of her throat. She was stranded with a deranged student chasing her.

In that moment of terror and despair she thought of Grant. “I’ve got to reach Grant. He will help me. Grant will protect me!”

A quick glance over her shoulder eased her panic because she didn’t see her pursuer. Did he leave? But that fleeting bit of hope was crushed when she saw a dark pickup truck bearing down on her. Melina ran behind a nearby dumpster. The truck skidded and slammed into the dumpster.
Hoping that the truck was stuck or damaged enough to give her a head start, Melina crawled away from her hiding place, her knees aching and her clothes soaked. Just as she reached the tall Photinia shrubs bordering the parking lot the truck’s engine revved and it backed up.

Snow swirled around Melina’s trembling body as she climbed to her feet and saw the truck headed her way once again. Diving behind the bushes, she squeezed her eyes shut and heard the squealing tires. She held her breath, expecting to be hit. But nothing happened.

Her eyes flew open. Melina squinted trying to see what made him swerve away. Then she noticed that the bush she hid behind was planted in front of a light pole. No wonder he swerved.

A sob caught in her throat as the truck turned and headed away from the parking lot. Was he giving up? She prayed that was the case.

Terrified and half-blinded by her tears and the blowing snow, Melina ran in what she hoped was the direction of Campus Corner, a group of shops near the Addington campus. Her hands and feet were cold and raw from crawling and running on the rocks and debris hidden under the snow but she had to keep moving.

Suddenly the truck came after her from behind a building she just passed. Melina tried to avoid him by running a zigzag pattern, but he swerved back and forth with surprising ease, mirroring her movements.

Cold, wet and terrified beyond reason, Melina wondered how much longer she could last before the cold steel of the truck’s bumper hit her.

Then, as if tiring of his game of cat and mouse, he gunned the engine and raced toward her. Melina’s only hope was to reach the snow bank to her right. She broad jumped for the bank with power and agility born of desperation and sank into the deep snow gasping for breath.

The truck skidded but continued moving toward the snow bank where she had taken refuge. Expecting to feel the impact of the truck at any second, Melina felt herself scream; the sound lost in the howling wind.

The ground shook as the truck crashed into the trunk of an enormous live oak tree.
Clawing frantically to free herself from the deep snow, Melina shouted for help, but the storm muffled her voice, and her cries for help went unanswered.

Then the door of the truck creaked.

Her heart was pounding so hard that her chest hurt as she searched for a store that might still be open. Then, out of the corner of her eye a dim light caught her attention. “A grocery store.”
The truck door slammed sending Melina over the edge. Screaming hysterically, she scrambled toward the safety of the store. Slipping and sliding, she pushed the door open and stumbled inside.

An elderly gentleman behind the counter looked up in surprise from the paper he was reading.
“Please, help me,” she gasped, clutching her chest.

He hurried around the counter. “What’s the matter, little lady? Are you hurt?”
Gripping his arm, Melina struggled to speak through chattering teeth. 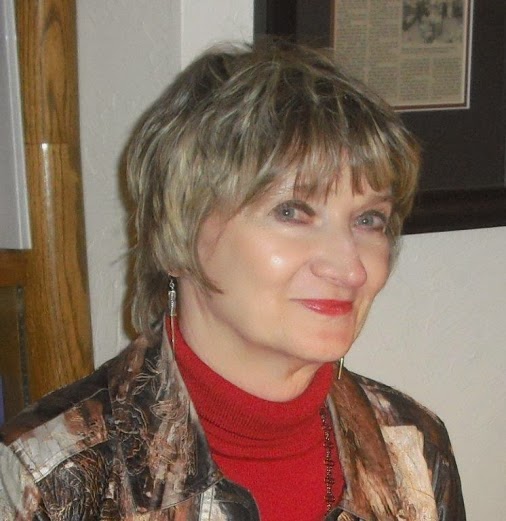 Liz Cowan was born in Budapest, Hungary; graduated from the University of Oklahoma with a degree in philosophy and a minor in English; and writes a weekly humor column.

Reading and writing have been my favorite pastimes since early childhood. During summer vacations, I checked out huge stacks of books from the library and in a couple of days I returned for more. My reading preferences run the literary gamut, including fantasy, science fiction, mysteries, romance, biographies, poetry, etc.

“With my mind bursting with stories of my own, writing was a natural progression for this bibliophile.”

Besides working as a legal assistant by day and plotting new stories at night, she loves reading, walking, gardening, and writing her weekly humor column.

Her published books include:
Fractured Proverbs and Twisted Thoughts--a humorous take on original and familiar sayings, written as E. Cowan.

You can find Liz here

An e-copy of Sins of the Father