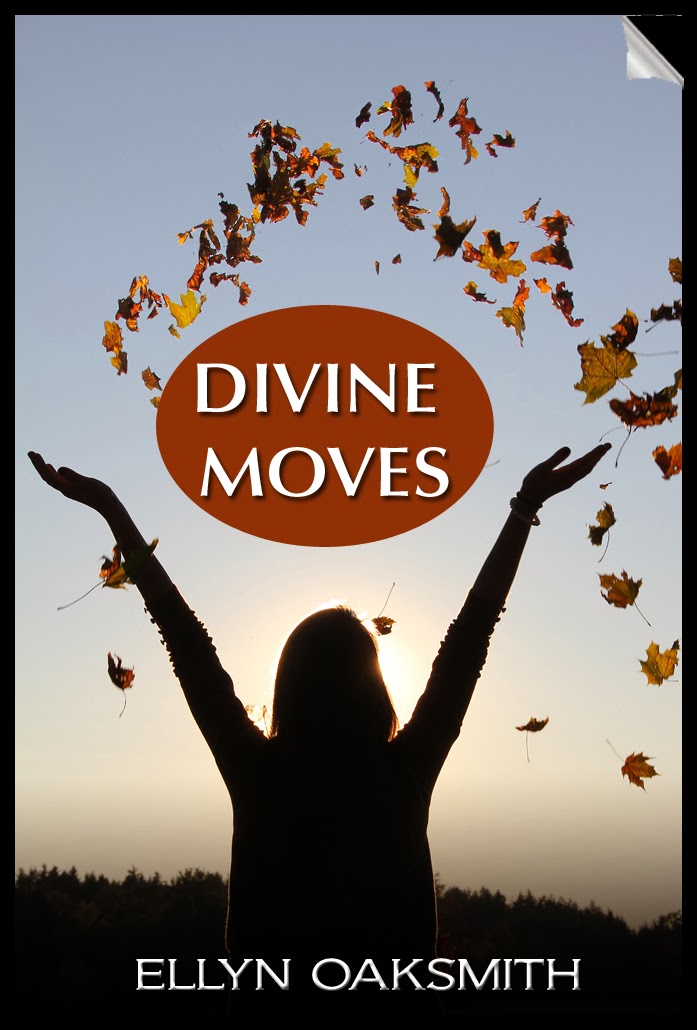 Seventeen years of loving is a hard habit to break…
Meryl thought things couldn’t get any worse. She’s caught her husband in bed with the neighbor. She just found out she’s broke. Then her outrageous mother, Faye, shows up.
Faye wants to be a grandmother and has money to loan so it’s hard to say no. But what Meryl doesn’t know is that Faye, a former stripper and born again Christian, plans on opening an exotic dance and women's fitness studio in Meryl’s affluent suburban community.
When Meryl’s book club gets roped into promoting the studio by dancing at a charity tea, they discover that their laced up ‘burb isn’t as proper as they think. As her husband fights to win her back, Meryl grows increasingly attracted to a handsome sheriff, recovering from his own loss. As a crisis looms, Meryl must face her demons from the past. But first she has to get through Christmas.
Funny, sad and sweet, Divine Moves reveals the forces that derail our lives and the sometimes divine intervention that keeps us on track.

Leslie pulled her wet hair into a pony tail, turning off the gas under her eggs. Two eggs and nine hours of sleep was all she wanted. Those drunken bitches were keeping her from enjoying both. Her first attempt at uncomplicated sex with a married man had gone terribly awry. Instead of being her hot distraction, he was her hot mess. Then he followed her home. Tying her pale blue robe firmly, she padded barefoot to the door, throwing it open. The wet November air hit Leslie like a damp towel as she shouted. “He’s not here!”
Sandy Chen’s fist hung in the air, mid-pound. She unfurled her fingers into an awkward wave. “Hey Leslie!”
“Hi Sally.”
“Sandy, sorry.”
“Right.” She nodded at the rest of the women, whose anger diminished when they saw her wet hair, the purple rings under her eyes. “Book club tonight?”
Meryl waved sheepishly. It wasn’t that hard, she thought, seeing Leslie again. As long as she didn’t have to see her naked. Ever.
Jackie cleared her throat and stepped forward. “They’d like to talk to Ethan, if you don’t mind.” She felt like a chaperone on a field trip that had gone horribly awry.
Leslie shook her head, mulishly. “Again, not here.”
“Bullshit Leslie. His car is parked out front,” said Sandy Chen.
Jackie admired her approach. She made a mental note to hire her should she ever need a divorce attorney, thinking this type of reasoning didn’t make her Grade A relationship material.
As Jackie wrestled with her demons, the book club turned, gazing down the lawn. Ethan’s black Mercedes gleamed in the dark, glittering with dew.
“He took the bus.”
Lorraine crossed her arms, her words slurring. “Okay then, who was that we saw trotting through your living room, someone else’s husband?” Her purple alpaca jacket had developed a wet goat funk.
Leslie rolled her eyes. “Oh for God’s sake, you’re spying on me?”
Carol leaned forward, whispering softly, “You might want to invest in some nice thick curtains.”
Jackie stepped to the front. “Look, I’m really sorry. We’ll go home. Come on.” Turning, she took Meryl by the arm, dragging her away.
The door opened wider. Ethan stepped into the light, his handsome face thin and haggard. Wearing an old University of Washington sweat shirt and Levis, he held his bandaged arm close. “Hi Jackie,” he said. “Thanks for coming over and…” He searched for the right word. …helping.” Rolling her eyes in frustration, Leslie threw up her hands, muttered some dark curses and disappeared into the hallway.
Meryl turned at the sound of his voice, her eyes filled with unexpected tears. “Ethan!” There was far more emotion in those two syllables than she’d intended. Seventeen years of loving was a hard habit to break.
Sandy puffed herself up, pointing a finger at Ethan’s chest. “You cretin! How dare you bring another woman into the bed you and your wife shared? That’s not only violating your marriage vows it’s rolling them in dog poo and throwing them in Meryl’s face.”
“Nice imagery,” Jackie quipped.
Lorraine wrapped her goat-smelling jacket closer. “It’s primitive. Violating the symbolic primacy of your union in the space you shared!”
Ethan allowed himself a small grin. “Okay Lorraine. Got it. I’m a bastard. Sue me. Wait, Sandy can sue me. Now can you let me talk to my wife?”
Carol rose to her full height in her sensible heels, placing her hand, with its simple wedding band, over her heart. “She doesn’t…” she began tremulously, gathering strength. “You should be listening, Ethan. You are the one who should have knocked on her door. You do not have the right to call her ‘wife’ right now. Like it or not, we are involved. Meryl is our friend, this is our neighborhood.”
Ethan’s eyes filled with tears as they wandered over the six women, looking for a trace of compassion. “Carol-” he began but Carol turned her head, shut him out.
Diane wrapped an arm around Carol, who trembled with emotion. “Well said.” 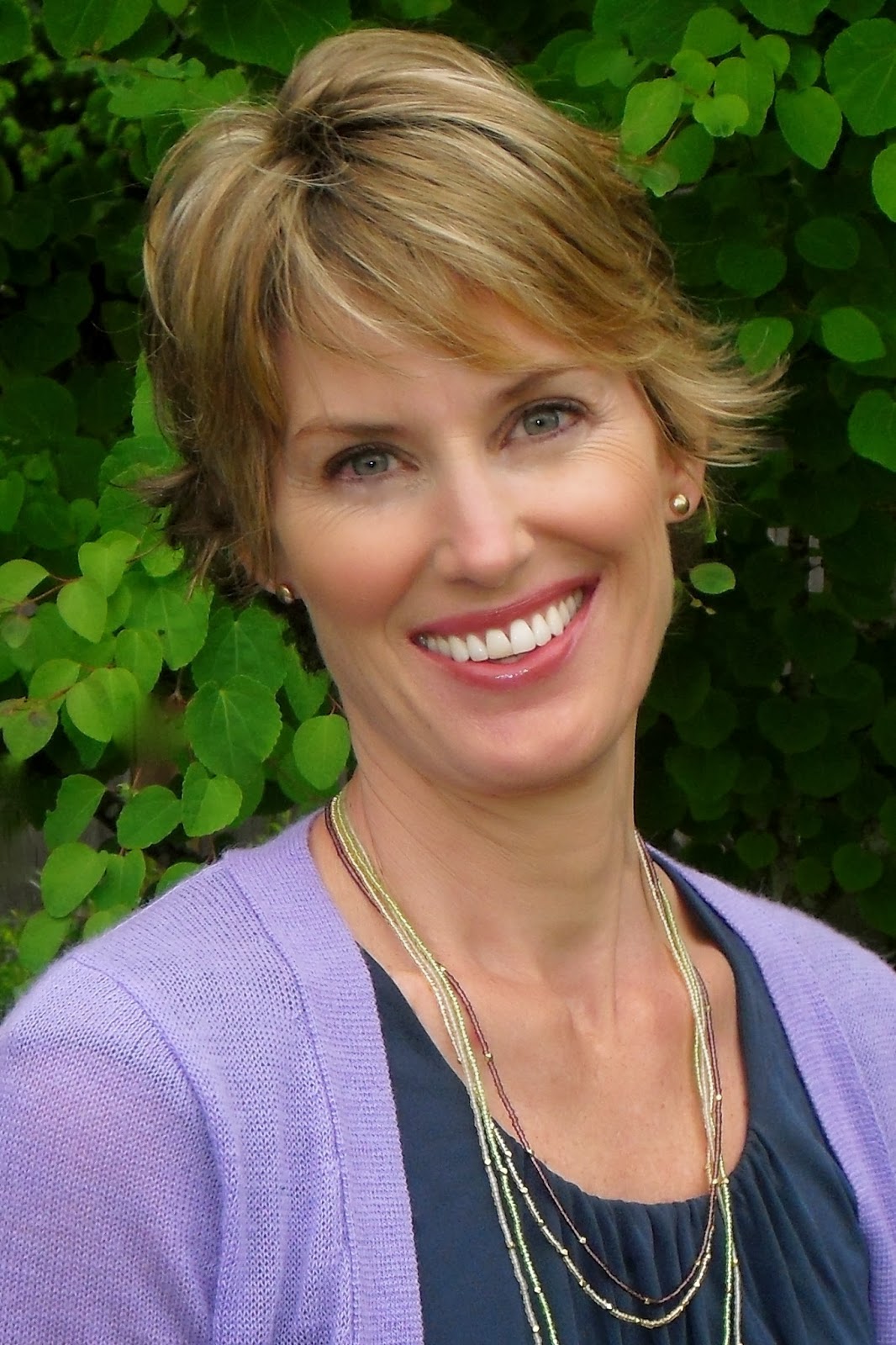 I've been hooked on writing since 4th grade when my story of an alley cat was read in class as an example of a good scene setting. I just about fell off the chair in utter joy. I was a total goner when a film I'd written while at the American Film Institute was screened and people laughed. At the right places!
At Smith College I gave my professor a heart attack when I compared Tess of the D'Urbervilles, the book, to the movie.
I write every day from 10-2 although while editing, it's much longer. I live in Seattle Washington with my family and my shelter dog who is my workout partner. I love to interact with readers on https://www.facebook.com/EllynOaksmith and http://ellynoaksmith.tumblr