Cover Reveal & Giveaway: Redemption of the Soul by J.L. Vallance 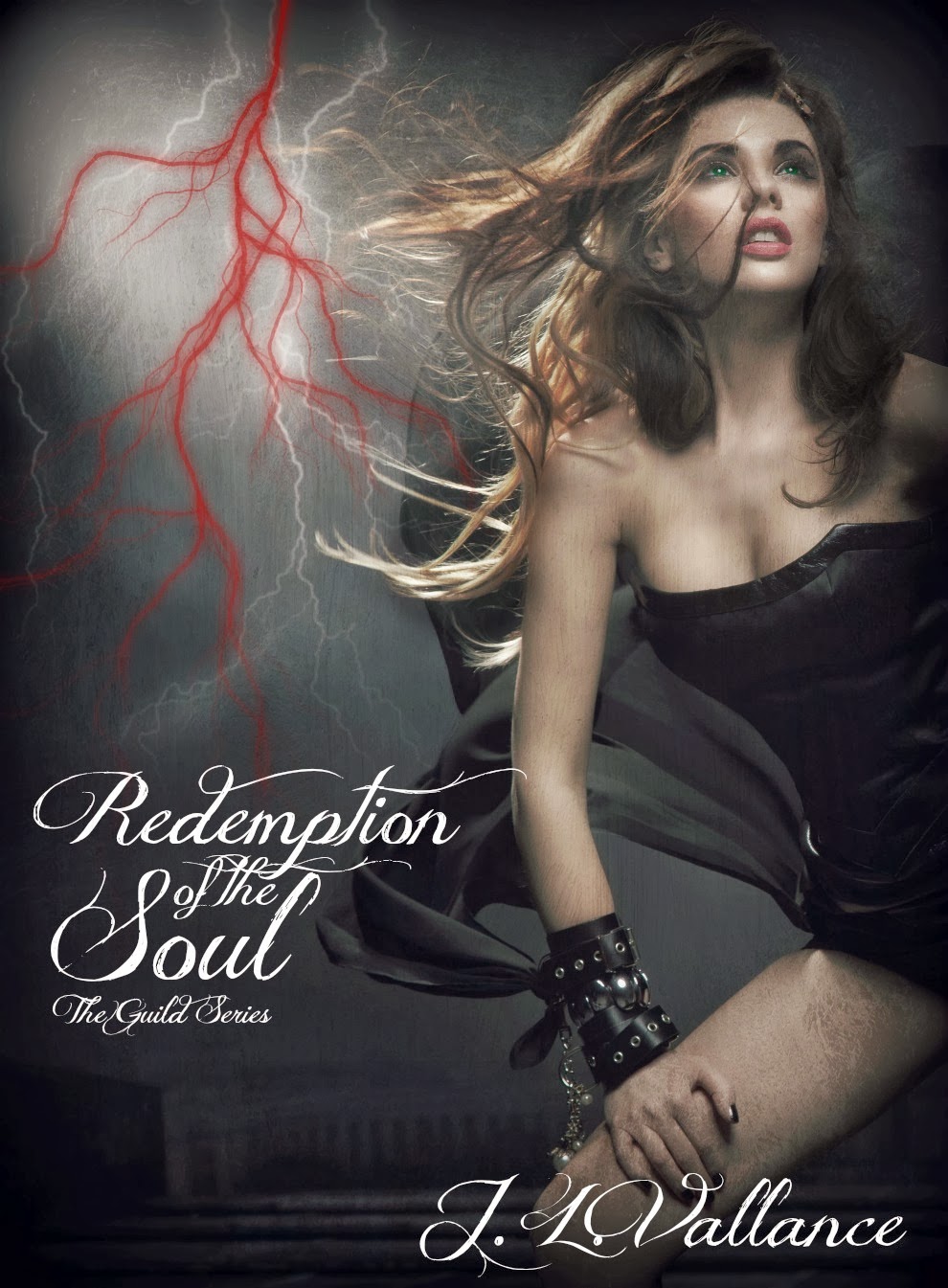 Redemption of the Soul
(The Guild Series, bk #4)
By J.L. Vallance

Faced with an impossible ultimatum, Vivienne Drake does the only thing she knows--survive. Her first priority is to protect the people she loves, no matter the cost.

Aedan, Lord of the Daemonium can sense his victory. Though his daughter believes she has a solution to defeat him, he's planned for everything she could throw at him. Aedan has not only planned for it, he's set new obstacles into motion that will rock Vivienne's world.

Linux's entire life has been pain, torture, and deceit. All he's ever known is loss and war. But now that he's seen the light that Vivienne Drake possesses, he wants nothing but to own her--heart and soul. Faced with an order to destroy the only beauty in his life, the woman he loves, Linux will fight. He'll fight to protect her, to help her succeed, and to save her from the destiny the Angels have planned for her. He'll fight for the redemption he longs for.

Vivienne won't just survive. She'll stand and fight--not just to protect Humanity and the ones she loves, but to make up for a life she was denied and secure a future she deserves. Vivienne Drake finally has something to believe in and she is willing to risk it all to keep it.

“Do you have any regrets, Vivienne?” he asked without turning, surprising the hell out of me. I expected billowing rage from my prodding. Instead, he gave me reflection.

“Besides not killing you before escaping?”

“You would have tried, мое сокровище…”

“I would have succeeded,” I replied, lifting my own glass of wine, pulling a mouthful of the dark red liquid.

“Confidence is one thing you don’t lack,” Aedan replied, turning to give me a smile. “And that is something your mother gave to you.”

“My mother gave me a lot of things--life, happiness, strength, a trunk full of lies. She also gave me a life of being tied to a ruthless prick; one that I am unfortunately being forced to be civil to. But I swear to the Angels, if you continue to speak of her…”

“Your name suits you, you know. She picked perfectly, Vivienne.”

Although he irritated me, pushed me to near fury at almost every turn, when Aedan spoke simple words such as my name or even my mother’s, it sounded like verbal art. They rolled off of his tongue with a graceful beauty that, if I hadn't completely loathed him, would be relaxing to listen to all day. But his smooth voice and relaxing accent couldn't wash away the fact that he was a liar, manipulator, and most importantly a murderer.

“Hope, Faith, Serenity, and Joy sure as fuck wouldn't have worked. I’m all out of all those things, they were leached from my bones at birth,” I replied, my words ending on a sigh.

It was Aedan’s turn to laugh--a real, full laugh. His face lit up, creases forming around his eyes as it continued, softening his edges a little further.

“You are alive, Vivienne. That’s what your name means, you know--alive? You are so full of life. And you do not give anything the right to take it from you. I admire that about you,” he said, coming closer, pulling out the chair next to me, sitting down, staring across the room. “One of the many things.”


About the Author
J. L. Vallance is a wife, mom, and nurse by day, while posing as a writer by night. Plagued with an overactive imagination, a lover of all things supernatural in nature, she has an extraordinary flair for the dramatic that adds flavor to life. There’s little in her world that Otis Redding and buttercream icing can’t fix. And of course, coffee always helps too. True story.