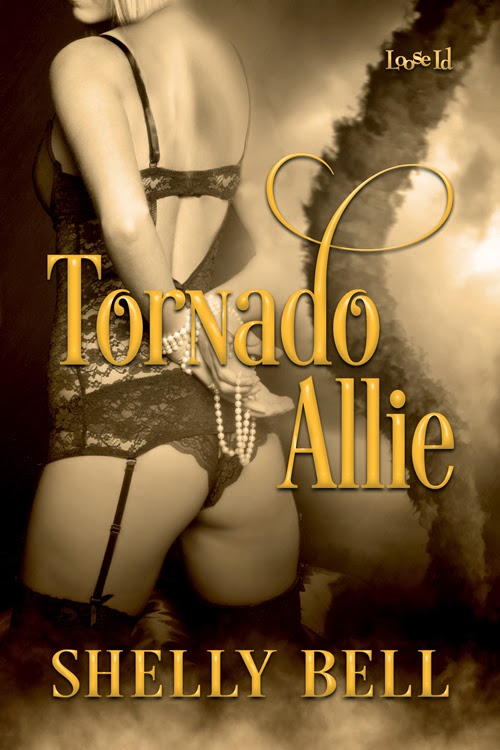 Blurb
Since beating cancer, television news producer Allie Schwartz has been on a mission to tackle everything on her bucket list. First task—seeing a live tornado. When her best friend’s older brother, sexy storm-chasing tour guide Drake Roberts, offers to help with the naughty items from her list, she agrees to a one night stand and hands him the sexual reins.
Contractually forbidden from fraternizing with the guests and worried his sexual dominance would offend her, Drake has reluctantly kept his hands off the courageous Allie for five torturous days. But after experiencing his own brush with death and learning she works for the television station where he’s been hired as the new meteorologist, he can’t keep his attraction a secret any longer. So when he accidentally reads her naughty list, he withholds the fact they’ll soon be co-workers and seizes the opportunity to fulfill her fantasies. All but one. Because if he has his way, they’ll last longer than one night…

“What are we doing up here?” Allie asked as Drake led her outside to the hotel rooftop, his fingers entwined with hers.
He hadn’t let go of her for a second since the panty-melting kiss, and if it weren’t for the room of onlookers, she had a feeling he would’ve taken her right there on top of the bar. While she wasn’t into exhibitionism, she probably wouldn’t have stopped him. Luckily for her, Drake had hung on to his self-control.
She peered over the edge and down at the vacant courtyard. The storms had passed, leaving behind a clear night sky lit by a full moon and the brightest stars she’d ever seen. Other than the faint sound of crickets chirping, their breaths, and the hammering of her heart, it was completely silent.
“Let’s talk more about your list,” he murmured, cradling her face in his large palms.
“Do we have to? Couldn’t we just…do it?”
“Oh no doubt about it, we’ll work our way down your list tonight, which is why I brought you up here.” He wrapped an arm around her waist, retrieved her list from his pocket, and leaned their backs against the ledge. “Number three. Public sex. Tell me what you imagined when you wrote this.”
“I didn’t imagine anything.”
He shot her a look of disbelief.
“Fine.” She buried her face on his chest. “I don’t mean I want to have sex while other people watch. It’s the idea of doing it out in the open where we could get caught that excites me.” She paused, waiting for him to respond. She couldn’t look at him and when he didn’t speak, she wrenched her hand away and pushed off the wall to head to the stairs. “You think I’m perverted, don’t you? Forget the list. It was silly and I—”
He nabbed the back of her jean skirt and yanked her into the hard plane of his chest, then twisted her around. Without giving her a chance to protest, he kissed her hard, easing her fear she’d offended him with her naughty list. The moment she relaxed in his arms, he receded from the kiss, leaving her breathless.
With his thumb, he caressed the skin under her ear. “I think it’s fucking hot. Maybe it makes you perverted, but honey, you’re my kind of perverted. There’s nothing wrong with consenting adults having sex, even if the sex is considered unconventional by society’s standards. It’s not as if we’re breaking any laws.”
“Actually, public sex is illegal.”
His hands slid down her spine to rest right above her skirt. He leaned in, nipping her earlobe before he whispered, “I think it’s worth the risk, don’t you?”
Her heart galloped at the thought of him taking her in the open, underneath the stars, where anyone could walk through the door. “Here? Now?”
“No time like the present. We’ve only got ten hours to get through your list.”
Despite her fear of getting caught, her nipples tightened, and her pussy quivered. “We couldn’t possibly do everything on my list. I mean, how would you, you know, recover to do it all?”
“Do you doubt me?”
“The guys I’ve been with were good with once a night.”
He squeezed her ass. “Then you’ve been with the wrong guys. If you were mine, I’d make love to you every chance I got, so whenever we were apart, you’d still feel me inside you.”
“Oh,” she said shivering, unable to formulate words. Her panties dampened. “Wow. I’m a little nervous.”
He looked surprised. “Of me?”
“I forget how to speak when I’m with you.”
A devilish grin and the wicked intent sparkling in his eyes was all the warning he gave before slowly backed her up to the wall. “Good thing you won’t need it tonight. Except to say ‘yes’ and ‘more.’”
“And if I want you to stop?” Her body betrayed her arousal, as she stood on her tiptoes and shamelessly ground her pussy against the erection confined by his jeans.
He chuckled, bracing her hips and preventing her from moving against him. “Use your safe word.”
A low growl of frustration emitted from her chest. Less talk, more action. “What word?”
He brushed his hands up and down her arms, reassuring her. “Your safe word. Choose a word you don’t normally say in conversation, but something you’ll remember. The second you use it, I’ll stop whatever it is we’re doing and we’ll talk about it.”
An image instantly sprung to her mind. “Banana. I can’t stand them.”
He pressed a kiss to her forehead. “If you change your mind—”
“I won’t.” She clutched his shirt in her fists. “I want to know what it’s like to let someone else take control in the bedroom. Someone who actually knows how to pleasure me.” She batted her eyelashes. “You up for the challenge?
“It’s not a challenge.” He whispered in her ear. “It’s an invitation. One I’ve already accepted. Are you ready?”
More than ready. “Yes.”
He licked the shell of her ear and blew warm air over it, giving her chills despite the eighty-degree evening. “Then strip.”