Something to Prove by Shannyn Schroeder Tour & Giveaway 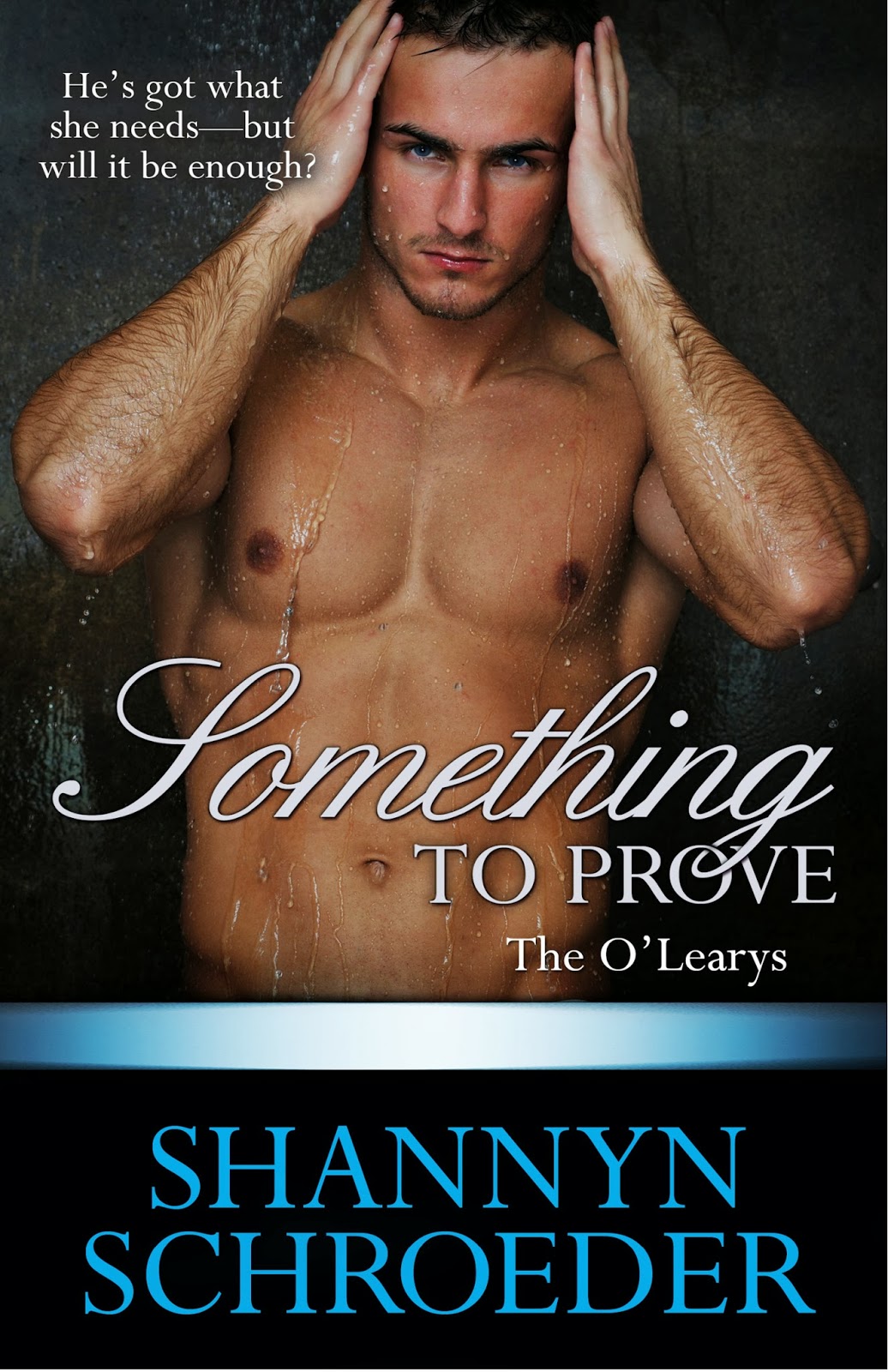 Something to Prove
The O’Learys
By: Shannyn Schroeder
eKensington
Releasing January 2014

Two ambitious people team up to prove themselves to their families—and find there may be more to their partnership than just business…
Elizabeth Brannigan is determined to show her father she’s capable of running the family business. Saving his struggling Chicago bar seems like the perfect project. But she’ll need a little help dealing with the rough crowd. Who better to assist her than the handsome co-owner of a thriving Irish pub? Of course, with so much work to do, there are bound to be a few late nights…
Colin O’Leary’s father passed away before he could prove to him that he wasn’t a screw-up. Now he wants to show his brother he’s responsible enough to own a bar of his own—and Elizabeth may be able to help him. But when their professional aspirations clash, tempers—and passions—flare. Are they mature enough to mix business with pleasure—or will they have to choose between the two?

Excerpt #2 (525 words) – Elizabeth has just left a meeting with Ryan O’Leary (Colin’s younger brother) after offering him a partnership in her bar.

Moments after Elizabeth had left, Colin walked into the office, dying to hear her proposition. “What did Legs want?”
“Huh?” Ryan looked up from the computer screen.
“Long legs, power suit. Had a proposition?”
“Oh. Her name is Elizabeth Brannigan.”
“I heard her name when she introduced herself, but she’s a lot of leg. What was the proposition?”
“Get your mind out of the gutter. It was business. I just Googled her. Her father is some big investor in resorts in Florida. He buys them when they’re run-down and fixes them.”
“What does that have to do with you?”
“She bought a bar and wants help.”
“And?”
“I told her no. I don’t have time to add another business. Although, now that I’m looking at the money and power behind her dad…the profit might be worth it.”
“I’ll do it.” The words left his mouth before he thought clearly about what he was suggesting.
“What?”
“Give me the information. I’ll work with her.”
Ryan shook his head. “She’s not looking for a bed-buddy. She needs a business partner.”
Colin’s shoulders tightened. “I can do that. You just said that it would be profitable. Something like that would give me the money I need to open my own place.”
Anger flashed in Ryan’s eyes. “So much for being here. It hasn’t even been a week since you swore you weren’t going anywhere. That I could count on you.”
Guilt sank into Colin. It was a feeling he knew too well. “You run two bars and have for a long time. It’s a fact you’ve been shoving in my face for a year now. I can do what you do. I’m not an idiot.”
They stared at each other like they had as children, each thinking he knew best, each knowing they worked better together than apart.
“Whatever.” Ryan flung a business card at him. “Do what you want. That’s something you excel at.”
Colin scooped up the card and tucked it into his pocket. “I’ll be at the bar if you need anything.”
Ryan answered with a grunt. He’d get over it. At least Colin was pretty sure he would. He was ready for this. If that meant he had to prove it to Ryan first, he would.
Back at the bar, he pulled the card out. Elizabeth Brannigan, VP Brannigan Enterprises. Hmmm…VP explained the power suits she always wore. Also explained the stick up her ass when she’d introduced herself.
Completely different from the woman who was pliant and moaning in his arms. He knew he’d made the right choice by not sleeping with her. If he was going to get into bed with her, she was damn well going to be sober enough to remember it.
And enjoy it.
On the back of the card, neatly printed, Sheraton Hotel Higgins. Now he knew where to track her down.
Stick up her ass or not, Colin could make this happen. He’d help her make the bar a success, they’d sell with a nice profit, maybe have a little fun on the side, and then go their separate ways. How hard could it be? 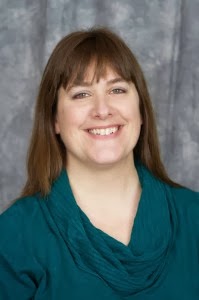 Shannyn is a former English teacher, who now works as a part-time editor while raising her three kids.
Even though she wrote from high school through college (mostly poetry), she’d never considered a career as an author. Writing fell by the wayside as she focused her energy on creating lesson plans and new and fabulous ways to torment her teen students. One group in particular dubbed her “The Torture Master,” a title she carried into motherhood.
After the birth of baby number two, Shannyn resigned from teaching and fell in love with reading romance novels. She read so many books so quickly that her husband teased, “If you’re going to read so many damn books, why don’t you just write one?”
So she did.
That first book is safely buried on her hard drive, but the process set Shannyn on the path to where she is today—agented with a debut ebook coming out with Kensington in late 2012.
She is recovering from her Diet Coke addiction, fears putting her foot in her mouth on social media, and has a renewed appreciation for the bad girls of the world.

I will admit that this author has been on my TBR list for a while now. Of course with all the books out there I pushed aside hers. When I saw the blog tour for Something to Prove I knew I'd have my chance. I am so glad I did. I really loved this story and the characters. Colin is perfect for Elizabeth who's whole life revolves around  work and one-upping her bother for their fathers approval. With Colin she sees that there is more to life. He gives her what she needs most in life. Elizabeth isn't the only one dealing with things, Colin have some issues himself. He cares way to much what his brother thinks and they seem to take forever to work out their issues. This story is well-written and it will have you wanting to read more of her books. I know that I can't wait to go back and read this series from the beginning. Happy reading!