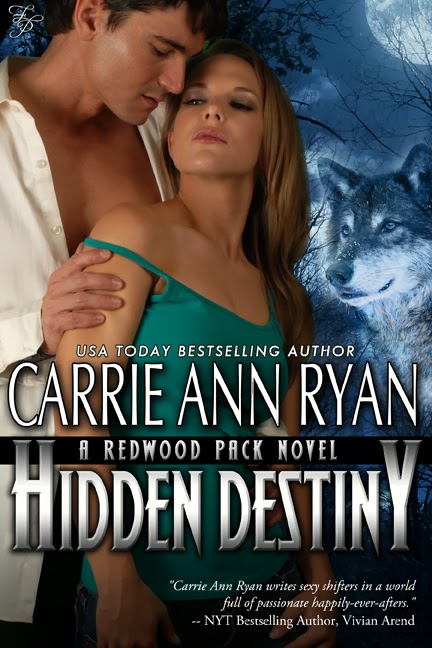 North Jamenson has always held his wolf closer to the surface then others. He’s the quiet one, the one no one really knows about yet he holds the darkest secret. He’s watched his brothers find their mates and start families, and now it was his turn. He knows Lexi could be his and her son could be part of his family, but he doesn’t know if he’s ready to share the darkness that’s entwined with his soul.

Lexi Anderson is a mother, a sister, a latent wolf, and a new member of the Redwood Pack. She’s also holding secrets so close to her heart she’s not even sure she knows the truth anymore. When North takes another step closer to wanting to cement their bond, Lexi must come to grips with her past and what it means for her future. The Centrals’ war isn’t over yet and Lexi’s life is on the line as the paths they’ve chosen takes a drastic turn.

“Where is he?” Lexi said from behind him, and he spun around on his heel.
It looked as if she’d run straight to the triad’s home. She wasn’t breathless because she was a wolf and could run farther than she probably had if necessary, but the slight panicked look in her eyes made North want to bring her into his arms.
Fuck it.
He stalked toward her and gripped her chin, forcing her gaze to his. She let out a little gasp, and her eyes darkened. The pressure of his hand wasn’t gentle, but neither was it too hard. His wolf liked the fact that Lexi seemed to almost get off on the touch.
He shelved that thought for a later time.
“He’s fine,” he said, his voice gruff. “Hannah is Healing him now. Calm.” He’d lowered his face to hers and whispered that last part so not even the wolves in the room with the exceptional hearing could hear him.
Lexi stiffened for just a moment at his order then relaxed into him as if her body needed his words to calm.
At least that’s what he’d like to think.
He honestly didn’t know her well enough to figure out what her actions meant.
At least not yet.
“You can let go now,” she said, her voice carefully devoid of emotion. 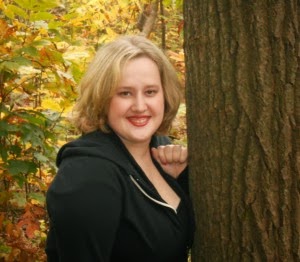 USA Today Bestselling Author Carrie Ann Ryan never thought she’d be a writer. Not really. No, she loved math and science and even went on to graduate school in chemistry. Yes, she read as a kid and devoured teen fiction and Harry Potter, but it wasn’t until someone handed her a romance book in her late teens that she realized that there was something out there just for her. When another author suggested she use the voices in her head for good and not evil, The Redwood Pack and all her other stories were born.

Quest Post:
Heroes
Why do we love those alpha men that jump off the pages? Or is it the beta man that does it for you? Does it matter? Imagine yourself reading your favorite romance book (*cough* Hidden Destiny *cough*). Now imagine the description of that hero. His dark hair, begging for your touch, for you to tangle your fingers in the gorgeous locks and pull him close for a sensual kiss.
Oh the kiss. That slash of plump flesh that presses against your own and you melt against him…or in some cases push him against the wall and have your dirty way with him.
Maybe it’s the eyes that do it for you. Those piercing eyes that gaze at you and seem to see you and all of your secrets. Maybe he broods, maybe his eyes fill with laughter and you know that he will do anything to make you smile with him.
See…now we’ve gotten off the path of how hot your hero looks, but how he treats you. I read all books and love all types of heroes. There are the dominant ones that can be that way in and out of the bedroom, the ones that are quiet but surprise you, or the ones that laugh, joke, and make you smile.
My favorite heroes are the ones that know how to be alpha, protective, and when to step back. It’s not the hero’s job to catch the swooning heroine as she clutches her heaving breasts.
Oh no, my favorite hero is sexy and fights beside his mate.
North Jamenson is easy to smile but the darkness within him is hidden so deep, that only a select few know it’s there. He’s sexy as hell and dominant where it matters. He also fights beside Lexi and doesn’t fight her battles for her. He works with her and finds the compromises where others might ignore them.
That’s my hero.
Who is yours?

This is the first time I've ever read a book by Carrie Ann Ryan. I'm glad I did. I really liked the way she writes. If found the characters to be enjoyable. They drew me into the story and kept me there. I think because I didn't start with book one I was a little lost at times, but I kept going and soon forgot about there being other books in the series. I can see myself going back and reading all the books in the Redwood Pack series. Happy reading!
Carrie Ann Ryan Giveaway Guest Post Paranormal