Book Club Thursday: We Miss You 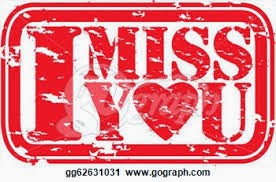 It's that time again, Book Club Thursday! This week it's a theme week and we picked that one author that we miss. Either they aren't writing anymore, or they've changed genre's into something that we don't care to read. When I went over all the author I love and miss, it was hard coming up with just one, but them's the rules. :)

Here's the author that I'm missing...

Here are two of her series that I loved the most...

No, thought Zoe Calderone, a genie was exactly what a hard-working pragmatic, single mother like herself didn't need. But when she went along with a hokey conjuring ceremony to humor her nine-year-old daughter, the impossible happened: A tall, dark, sinfully sexy djinni appeared...stark naked.

Darius. He was as beautiful, as mesmerizing, as dangerous as a man could be. His dark, star-kissed eyes promised exquisite joys, yet it was common knowledge he had no intention of taking a wife. Ever.

Enchantment
The woman in the New Orleans bar was pure sin and sex in a stunning package. And for once, hardworking, practical-minded Jack Montgomery let himself be charmed. He had sworn he would not let magic hold sway over him again, yet passion was another matter. But no sooner had he taken the beautiful stranger in his arms than he discovered his mistake: Lovely, dark-haired Leila was far more than exotic; she was a genie.

Spellbound
As the Minstrel of Kaf, Zayne kept the land of the djinn in harmony. Yet lately, raging desires and unquenchable yearnings were throwing his life into discord and wreaking havoc on his home. He needed a woman to restore balance to his life, a woman with whom he could blend his voice and his body. And according to his destiny, this soul mate could only be found in the strange land of Earth.

Long after she'd given up on his return, Matthew Mark Hennessy strolled back into Joy Taylor's life, bolder than Hermes when he'd stolen Apollo's cattle. But Joy was no longer the girl who had so easily trusted him with her heart. An aspiring chef, she had no intention of being distracted by the fireworks the magician sparked in her. But with a kiss silkier than her custard cream, he melted away her defenses. And she knew the master showman had performed the greatest trick of all: setting her heart afire.

The Warrior
For centuries, Cupid had been getting all the credit, But now Zeus and Hera had decided to put their matchmaking skills to the test. Yet teaching a self-reliant woman and a descendant of Ares—the god of war—to love was nothing short of a Herculean task.

Stuck with her sister's two sets of teenage twins and a magic show about to go on tour, Dia Trelawny needed help fast. Her irresponsible sibling had disappeared as inexplicably as a rabbit in a hat, but Dia had learned of a man who specialized in finding missing persons, no matter how lost.

She has more books but these are my favorites of her's. If you know what happened to her please let me know. Who is that one author you miss?

Don't forget to stop by my fellow Book Club Thursday bloggers and see who they miss.