A Week in Milan by Aimee Duffy Tour & Giveaway 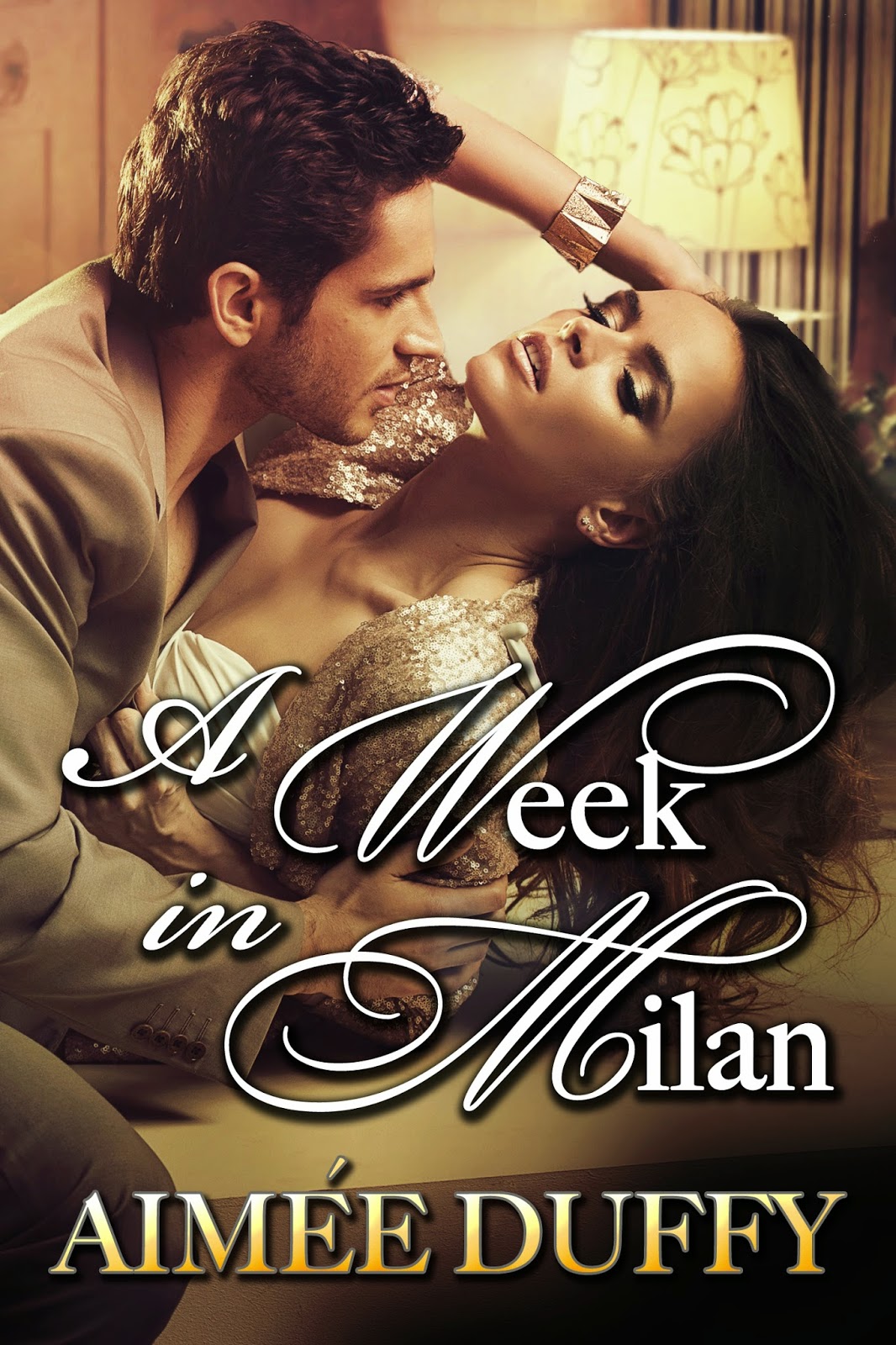 A Week in Milan
By: Aimee Duffy
Beachwalk Press

Getting what she wants isn’t going to be easy…

Designer department store owner Giovanni Monastero thought moving to LA would help him forget the nightmare of his childhood. Until he visits Milan during Fashion Week with one of their designers he doesn’t realize how much his past still haunts him.

Fashion designer Amanda Hart’s been chewed up and spat out by her son’s father. The only dating she does now is in her dreams. None of the guys she fantasizes about can hurt her. When the star of those fantasies offers her the career chance of a lifetime, no isn’t an option even though it means spending a week in close contact with him.

With one dream coming true, will Amanda have the courage to go after another?

Content Warning: contains smoldering sex, enough doubt to keep an island afloat, and more persuasion than a guy should need.

About me (snooze—can you tell I hate the me stuff? Lol)

For as long as I can remember, I've had a good book in my hands. In primary school I loved Roald Dahl. In high school my English teacher introduced me to Charles Dickens, Stephen King, Jane Austin, Emily Bronte, and Shakespeare. It was then that I discovered my love for romance and I've wanted to pen my own imaginary heroes and heroines for others to enjoy ever since. Only in the last few years was I lucky enough to meet some fabulous and encouraging people to help me gain the skills to make that dream possible.

I live in sunny Scotland in a small town near the Ochils and work nine to five in a solicitors office. In my free time, you'll find me on Facebook, stalking *cough* following friends on Twitter, and may even catch me shoe shopping.