Under His Kilt by Melissa Blue Tour & Giveaway 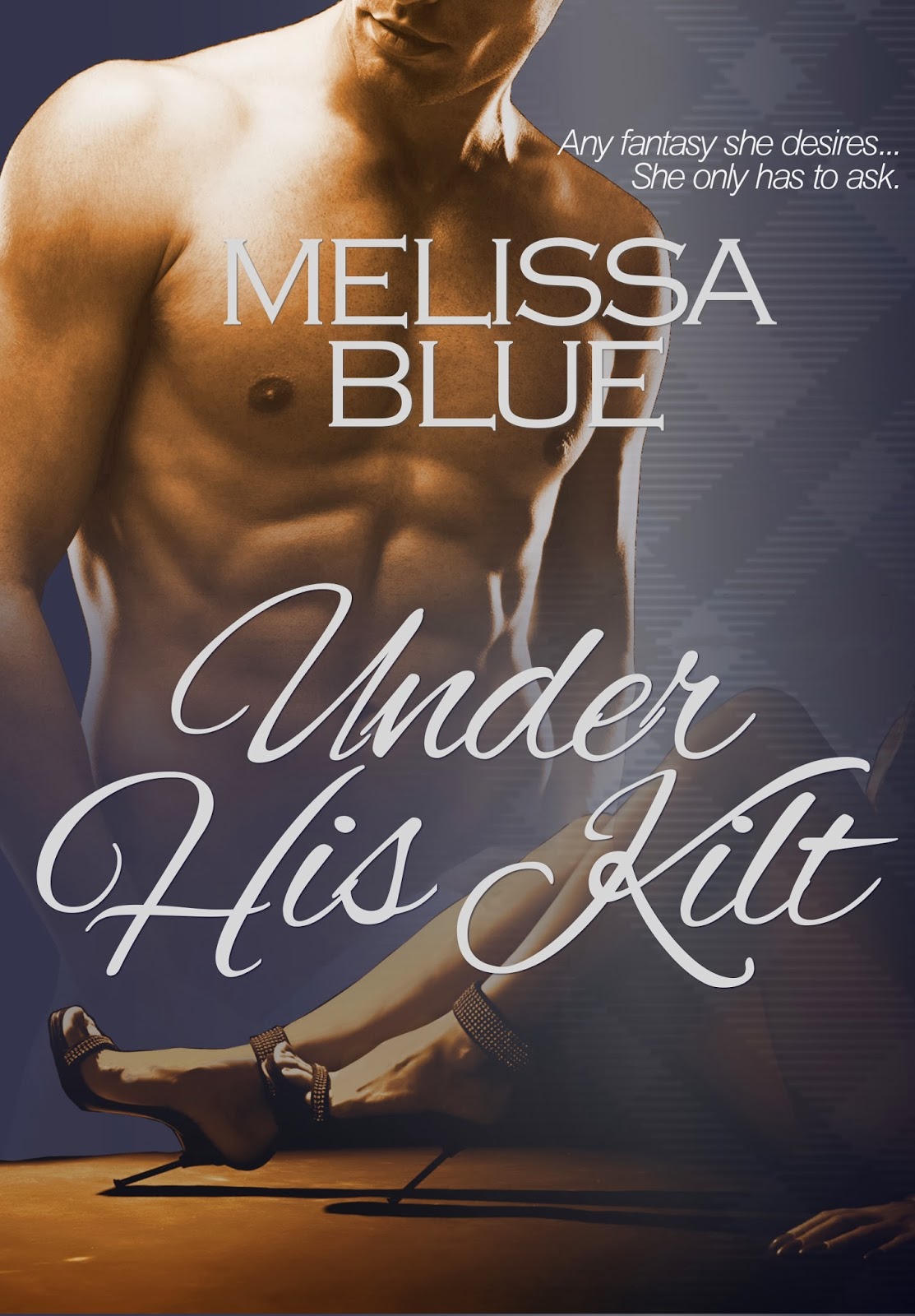 Under His Kilt
By: Melissa Blue

Jocelyn Pearson is determined to spend her last month as a twenty-something doing everything she's too busy or scared to try. Her imagination runs wild and then fixates on Ian Baird. He'll be working at the Langston Museum for a short stint as a consulting curator. He's Scottish. He believes sex is fun to be had. He's the perfect choice for a fling. She only has to get him break his rule about sleeping with co-workers. Seducing a man was on her bucket list...
Ian is no one's fool and knows exactly what Jocelyn wants—him. If she didn't work for the Langston Museum, he'd be more than happy to oblige any and every fantasy she desired, but she's the curator. She's sweet, inexperienced and well liked by everyone including the museum owner and director. Ian can't risk losing such an important contact for his consulting business. Not even when everything within in him craves a taste of her.
When Jocelyn sets her sights on him, there's no way Ian can deny her. They agree their affair will end in thirty days. No emotions, no entanglements, just sex. The closer the end date looms, they start to question if it's possible to walk away. They'll either have to come to terms of what they've become or stick to their original agreement.

And then a thought struck her sideways. A man who'd done all the things Ian had probably didn't need much goading to do what he clearly already wanted to do. All those moments where he'd been one muscle twitch from jumping hadn't been in her imagination. They both kept that boundary in place. What would happen if she tore it away? Ian couldn't cross a line that didn't exist. He'd built his career by being smart, courageous and certain. Not much changed his mind unless he wanted to be persuaded. And Ian wanted her. She was sure of it.
The thought sunk its teeth in. Her skin flushed and she did her best not to glance up with a grin that would look as mischievous as she felt. No, what she'd do next wasn't world domination. She just needed to make Ian lose control and break his goddamn rule. One, it seemed, he wanted to break anyway.
“I don't know what to do,” she said, trying for sex kitten and not sure if it was working. “What makes you pick up a woman in a bar?”
His white-gloved hands froze over the ritual ax, and something passed behind his gaze she couldn't describe much less distill into a single word. “She's attractive and breathing.”
She snorted and lost the hold on her sex kitten. “No really.”
He considered her again, sighing. “Do you plan to walk up to him?”
“Exactly.”
“Well, start with your walk. More leg and hip action. Not like those models who trot like horses. Sensual. Seductive. Understated. The kind of sway a man can imagine you being on top of him moving the same way.”
With a sly smile she stood. His gaze narrowed on her. She scrounged up every thought of being on top of a man, his cock sliding in and out, how it would feel rising up and down, his fingers gliding over her waist, up to her breasts and fixed those thoughts in her mind and walked toward him. She stopped a few feet from him and raised a brow. “Like that?”
His hands gripped the ax. “Passable, but now put that movement into thought and there in your gaze.”
She thought of Ian's fingers digging into her waist and holding her still so he could thrust into her. “Passable?”
He made a noncommittal noise. “Just like that, Lass.”
But he wasn't joking when he said it this time. Not with the way he spoke so softly, but a bit of a growl could be heard in the back of his throat. Her nipples hardened as though his voice was something tangible and could scrape against the sensitive tips. She had to swallow. “And then what?”
Author Info
Melissa Blue's writing career started on a typewriter one month after her son was born. This would have been an idyllic situation for a writer if it had been 1985, not 2004. Eventually she upgraded to a computer. She's still typing away on the same computer, making imaginary people fall in love.

Where you can find me: