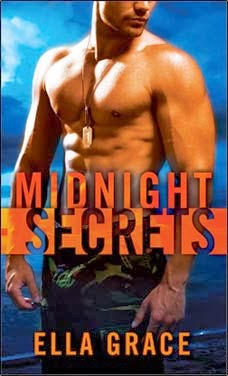 Blurb
AT THE STROKE OF MIDNIGHT, THE HEAT BEGINS
On a hot southern night, with a storm on the horizon, a family is shattered. Three beautiful daughters—Savannah, Samantha, and Sabrina Wilde—go on with their lives, each significantly changed, as they bear the memory of the murder-suicide that killed their parents. For years, they have stayed away from Midnight, Alabama. Until Midnight calls them home.
Savannah is the first one back, when a grueling case in Nashville leads the young prosecutor to seek shelter in the quiet of the once grand Wilde mansion. But when she finds letters casting doubt on her family’s dark, shameful past, she realizes that peace in Midnight is a shallow façade and sinister secrets lurk beneath the surface. Zach Tanner, once the town’s bad boy, is now the new police chief and still has a wild hold over her. Zach can feel it, too, but he hurt Savannah once. As teenagers, they broke every rule together. Now it’s his job to keep her safe, even though he isn’t sure who her enemies are, or which ones might be his own. All he knows is that they have only each other to face dangers they can’t see coming.
Excerpt
Barnes & Noble
Amazon
Ella Grace's Website

This is the first time I've read a book by Ella Grace or even her alter-ego Christy Reece. I have to say that I did enjoy Savannah and Zach's story. They both had so much baggage to deal with from their childhoods. Of course they also had to deal with Savannah's parents deaths also. It wasn't heavy on the suspense but I liked that. It was very character heavy which appealed to me. What I didn't like about the book was that I felt it was way to long, about 100 pages to long. Happy reading!
Ella Grace Romantic Suspense