The Sum of All Kisses by Julia Quinn Tour & Giveaway 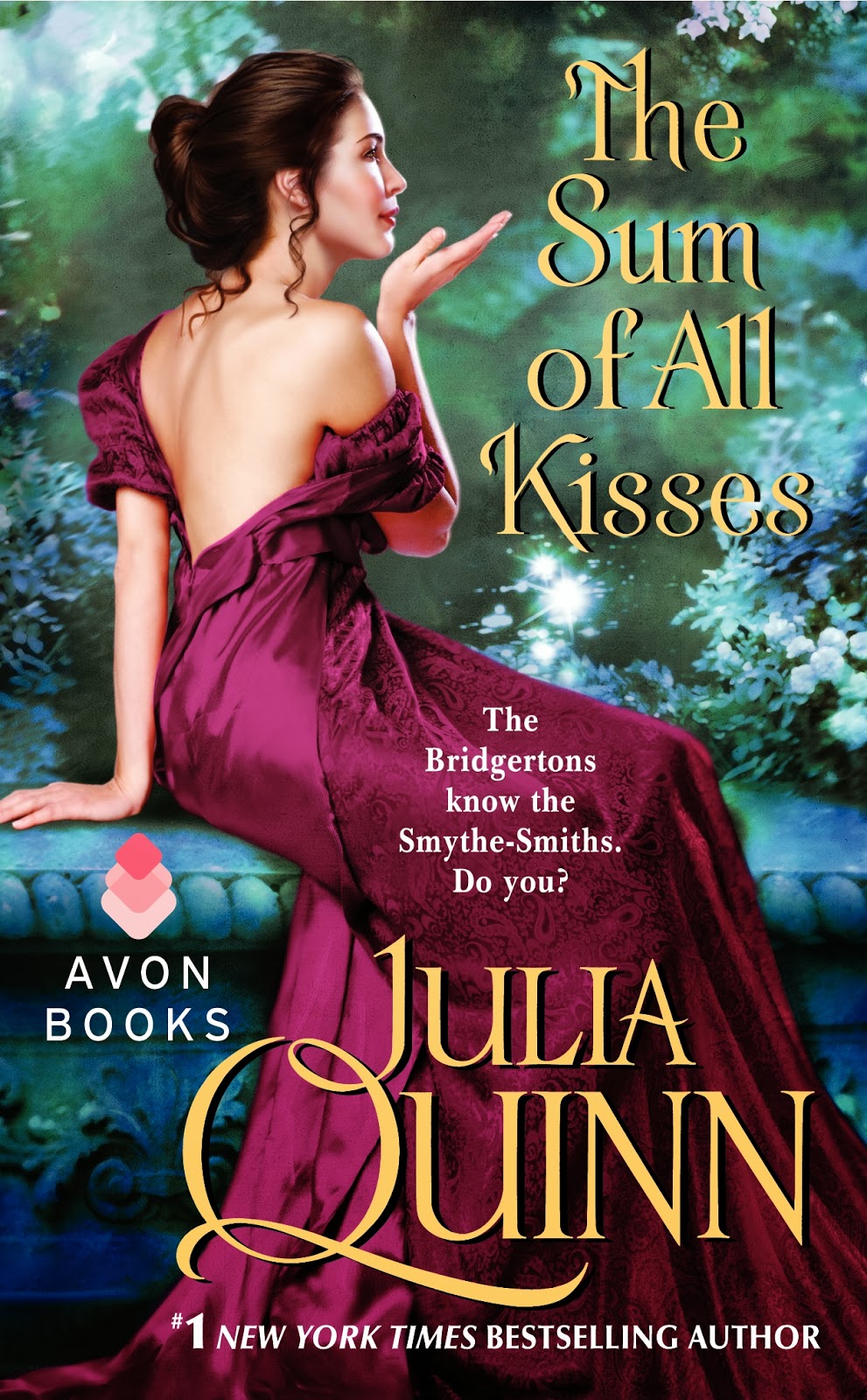 The Sum of All Kisses

Blurb
Hugh Prentice has never liked Lady Sarah Pleinsworth, and his opinion is confirmed when he overhears her yammering on about how she must get married this season or she will simply die. He’s never had patience for dramatic females, and the words shy and retiring have never been in Sarah’s vocabulary. Besides, even if he did grow to enjoy her company, it wouldn’t matter. A reckless duel has left this brilliant mathematician with a ruined leg, and now, unable to run, ride, or even waltz, he could never court a woman like Sarah, much less dream of marrying her.

Sarah has never forgiven Hugh for the duel he fought three years earlier, the one that forced her cousin into exile, nearly destroying her family. But even if she could find a way to forgive him, it wouldn’t matter. She doesn’t care that his leg is less than perfect, it’s his personality she can’t stand.

But when the pair is forced to spend a week in close company they discover that opinions--even those firmest held--can, in fact, be altered. And when a kiss leads to two, three and four the mathematician may lose count and the miss may, for the first time, find herself speechless.

“Wasn’t that nice of Daniel to put you in the coach with us?” Frances said, as soon as Hugh had settled into his seat next to her. Or rather, it was a bit before he was settled; he was coming to realize that she was not a particularly patient child.
“Indeed,” Hugh murmured. He supposed he was thankful, actually. Better Lady Frances than some stuffy old lady or a gentleman with a cheroot. And surely her sisters would be tolerable.
“I asked him specially,” Frances continued. “I had such a nice time at the wedding yesterday.” She turned to her sisters. “We ate cake together.”
“I saw,” Elizabeth said.
“Do you mind riding backwards?” Frances asked. “Harriet and Elizabeth both get sick if they do.”
“Frances!” Elizabeth protested.
“It’s true. What would be more embarrassing, my telling Lord Hugh that you get sick from riding backwards, or actually getting sick from riding backwards?”
“I would prefer the former myself,” Hugh said.
“Are you going to chatter the whole way?” Harriet asked. Of the three, she looked the most like Sarah. Her hair was a few shades lighter, but the shape of her face was the same, and so was her smile. She looked at Hugh with a hint of embarrassment. “I beg your pardon. I was addressing my sisters, of course. Not you.”
“Think nothing of it,” he said with a light smile. “But as it happens, I don’t intend to chatter the whole way.”
“I was planning to write,” Harriet continued, moving a small sheaf of papers onto her lap desk.
“You can’t do that,” Elizabeth said. “You’ll get ink everywhere.”
“No I won’t. I’m developing a new technique.”
“For writing in the carriage?”
“It involves less ink. I promise. And did anyone remember to pack biscuits? I always get hungry before we stop for lunch.”
“Frances brought some. And you know Mother will have a fit if you get ink on—”
“Watch your elbows, Frances.”
“So sorry, Lord Hugh. I hope that didn’t hurt. And I didn’t bring any biscuits. I thought Elizabeth was going to do so.”
“Did you sit on my doll?”
“Oh, bother. I knew I should have eaten a bigger breakfast. Stop looking at me like that. I’m not going to get ink on the cush—”
“Your doll is right here. How does one use less ink?”
Hugh could only stare. There appeared to be sixteen different conversations going on at once. With only three participants.
“Well, I just jot down the main ideas—”
“Do the main ideas have unicorns?”
Hugh had been completely unable to track who was saying what until that.
“Not the unicorns again,” Elizabeth groaned. She looked over at Hugh, and said, “Please forgive my sister. She is obsessed with unicorns.”
Hugh glanced down at Frances. She’d gone rigid with anger and was glaring at her sister. He didn’t really blame her; Elizabeth’s tone had been as older-sibling as it got, two parts condescension and one part derision. And while he didn’t really hold that against her —he would have been the same at her age, he was sure— he was seized by a sudden urge to be a little girl’s hero.
He couldn’t remember the last time he’d been anyone’s hero.
“I rather like unicorns,” he said.
Elizabeth looked stunned. “You do?”
He shrugged. “Doesn’t everyone?”
“Yes, but you don’t believe in them,” Elizabeth said. “Frances thinks they are real.”
Out of the corner of his eye he saw Frances, eyeing him nervously.
“I certainly cannot prove that they don’t exist,” he said.
Frances let out a squeak.
Elizabeth looked as if she’d been staring into the sun too long.
“Lord Hugh,” Frances said, “I—”
“Mama!”
Frances stopped midsentence and they all looked toward the carriage door. It was Sarah’s voice, just outside the carriage, and she did not sound happy.
“Do you think she’s going to ride with us?” Elizabeth whispered.
“Well, she did on the way here,” Harriet replied.
Lady Sarah. In the carriage. Hugh was not sure he could imagine a more diabolical torture.
“It’s here with your sisters or with Arthur and Rupert,” came the voice of Lady Pleinsworth. “I’m sorry but we just don’t have room in...”
“I won’t get to sit with you,” Frances told Hugh apologetically. “They won’t all three fit on the other side.”
Lady Sarah would be sitting next to him. Apparently there was a more diabolical torture. 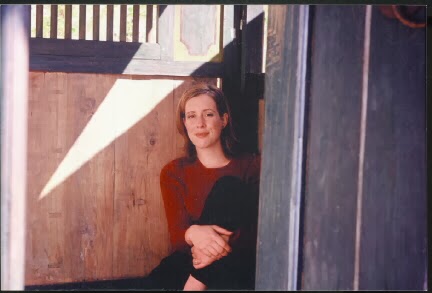 #1 New York Times bestselling author Julia Quinn loves to dispel the myth that smart women don't read (or write) romance, and in 2001 she did so in grand fashion, appearing on the game show The Weakest Link and walking away with the $79,000 jackpot. She displayed a decided lack of knowledge about baseball, country music, and plush toys, but she is proud to say that she aced all things British and literary, answered all of her history and geography questions correctly, and knew that there was a Da Vinci long before there was a code. Ms. Quinn is one of only fifteen members of Romance Writers of America's Hall of Fame, her books have been translated into 26 languages, and she currently lives with her family in the Pacific Northwest.