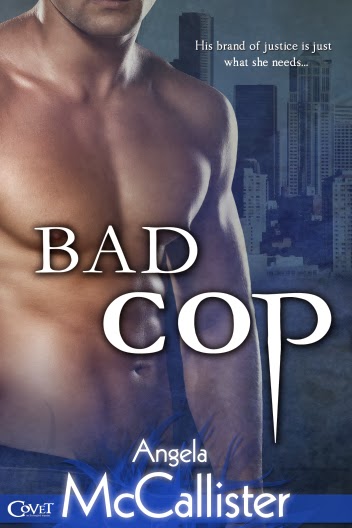 
A woman jaded against dirty cops...To Alice, Ian is just another bad cop as detestable as the one who destroyed her family. Regardless of her attraction to the charming man, she has no respect for the way the vampire threatens his way into her agency’s murder case and no trust in him when it’s obvious he’s hiding something.

A cop who tosses the rule books to get his way…Ian doesn't care for Alice’s judgmental opinions on the way he goes about obtaining justice. They are polar opposites, and her humanity makes her off-limits, but that does nothing to weaken his overwhelming desire for her.

A truth that could tear their new love to shreds…When the new case raises the ghosts of an old case Ian believed long dead and buried, his law-bending ways and the secret that haunts him could end with his execution. The second Alice becomes a target, his heart that he’d thought murdered along with his maker flares into blinding existence. But following the law for her sake could end with a devastating repeat of his past.

This is the first time I've read this author and I found this story to be enjoyable. At times it did drag for me, but not enough for me to lose the story plot. I liked the story and the idea of how the vampires are in the world. I found Ian to be a very likable character. I also liked Alice, but at times found her to be overly aggressive in her thoughts and words. But I felt to her with all her worry and the way she handled her brother. All in all a good story. Happy reading!