Blurb
Four regency misses, making their ways as governesses, make a pact work together in order to leave London and support themselves in the country. Thus, the Governess Club was born. But little did they know that their heroes might have something else to say about the matter. 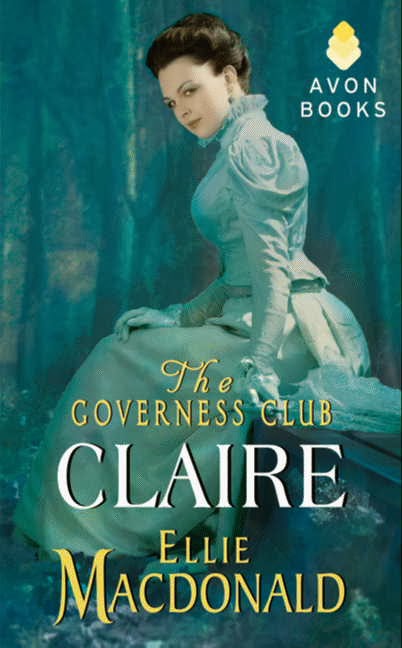 Claire Bannister just wants to be a good governess so that she, and the other ladies of the Governess Club, can make enough money to leave their jobs and start their own school in the country. But when the new, sinfully handsome, and utterly distracting tutor arrives, Claire finds herself caught up in a whirlwind romance that could change the course of her future.

Jacob Knightly has a secret. He’s actually the notorious Earl of Rimmel. He’s just posing as a tutor to escape his reputation in the city. He never expected to fall in love with the beautiful and kind governess. She is the first person to love him for himself and not his title.

But when Jacob’s true identity is revealed, Claire realizes she has risked her reputation and her heart on a man she doesn’t truly know. Will Jacob be able to convince her that the Wild Earl has been tamed and that she is the true Countess of his heart?
Excerpt: http://www.elliemacdonald.com/claire-teaser.html 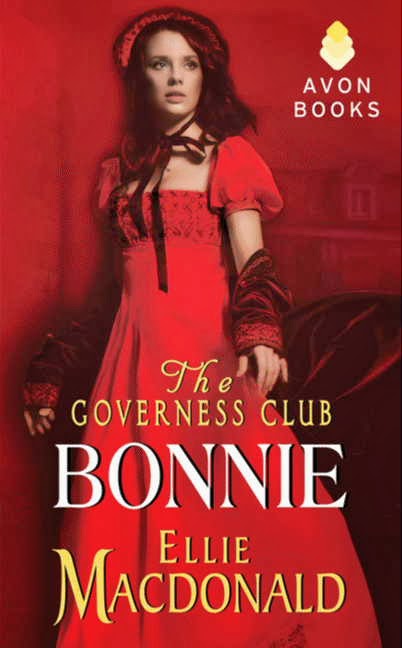 Miss Bonnie Hodges, governess to the Darrow family, is desperately trying to hold it together. Tragedy has struck and she is the sole person left to be strong for the two little boys in her care. When the new guardian arrives, she hopes that things will get better. She wasn’t expecting her new employer to be the most frustrating, overbearing, and ... handsome man she’s ever seen.

Sir Stephen Montgomery is utterly distracted. He should be trying to figure out how his two best friends were killed in a suspicious accident and why the new young viscount seems destined to be the next victim. But he can’t concentrate on anything but his growing feelings for the beautiful, mysterious, and utterly captivating governess.

Together they put their heads together to save the two young boys but will Stephen’s feelings for Bonnie get in the way of their search for a killer?

Ellie Macdonald has held several jobs beginning with the letter t: taxi-driver, telemarketer and most recently, teacher. She is thankful her interests have shifted to writing instead of taxidermy or tornado chasing. Having travelled to five different continents, she has swum with elephants, scuba dived coral mazes, visited a leper colony and climbed waterfalls and windmills, but her favorite place remains Regency England. She currently lives in Ontario, Canada. The Governess Club series is her first published work.